Address of the Ministry of Foreign Affairs of the Republic of Abkhazia related to the submission to the United Nations General Assembly of Georgia’s draft resolution on refugees (A/64/L.62 on 7 September 2010)

On the 7th of September 2010 the 64th session of the United Nations General Assembly debated a draft resolution on refugees, provided by the Georgian side. The document is identical to those adopted on the 28th of August 2009 and May 18th 2008, though the political situation in the region has dramatically changed since past three years. The Resolution which is emphasizing affiliation of Abkhazia to Georgia neglects reality and thus can not be taken seriously, and moreover, such approach does not contribute to progress in resolving issues of refugees. Today Abkhazia and South Ossetia are the internationally recognized states. With the new current realities, the Abkhazian side, proceeding from the fundamental principles of international humanitarian law, deems it necessary to forge new tools and formats of procedures for the return of refugees to the independent state – Republic of Abkhazia.

We express our deep interest in wise and balanced solution of the problem of refugees and IDPs.

The Republic of Abkhazia, which has become a victim of Georgian aggressions, is most interested in establishing sustainable and lasting peace in the region. It should be reminded that it was Georgia which has violated all existed nonuse-of-force treaties and frustrated all attempts to establish trust between the parties, hampering the situation’ normalization process. Georgia constant unreasonable refusal to sign the document on non-resumption of hostilities clearly reflects its aggressive intentions. Georgian authorities intentionally block the beginning of the process of registration profiling and approval of the conditions for the return of refugees. The economic embargo imposed by Georgian side also prevents the creation of appropriate socio-economic conditions in the area of return.

The refugees issue lies in a dimension of a political interest for the authorities of Georgia, which are not taking into account the welfare of people. Georgian leadership deliberately creates intolerable conditions for the refugees on their territory in order to force people to leave. On the other hand, Georgian leadership promotes policy of terror and intimidation of refugees returning to Abkhazia.

Despite the fact that the refugee problem is an agenda of the Geneva discussions, Georgian leadership is trying to exclude Abkhazia from the process of discussion at the highest international level. As a result, the Abkhazian side has never been invited and had not participated in the consultations and discussions on this issue even at the preliminary stage. The International Community continues to support Georgia in an effort to extract this issue from the Geneva discussions format.

We consider it impossible to return all refugees, as many of them are war criminals who participated in the genocide of the Abkhaz people, during the Georgian-Abkhazian war of 1992-1993.

Proceeding from the principle of non-refoulement, enshrined in the Refugee Convention of 1951, as well as in Geneva Convention of 1949, the Abkhazian side is emphasizing the importance of the process of verification and profiling of Georgian refugees in order to identify the actual number of people who are willing, ready, and most importantly, having right to return to Abkhazia, since persons who are war criminals are automatically deprived from international protection of refugees.

However, the majority of refugees are transmigrators from Georgia that were resettled by the policy of Joseph Stalin who forcibly changed the demographic balance of Abkhazia, by the way outlined in the draft resolution A/64/L.62 on the 7th of September 2010.

Considering the aforementioned the Abkhazian side once again calls upon the representatives of the United Nations member states to contribute to balanced decision and allow representatives of Abkhazia to bring directly their own and reasoned opinion on this issue.

The Abkhazian side once again urges the International Community represented by the United Nations, while addressing this issue, to be guided by the desire to reach an objective assessment of the real situation on the ground, avoiding one-sided and biased approach. Unilateral decisions which are excluding participation of the Abkhazian side and opinions, are questioning the feasibility of adoption of the Resolutions on the issue of refugees return on the territory of Abkhazia.

Source: Ministry of Foreign Affairs of the Republic of Abkhazia

Flag of the Republic of Abkhazia (Apsny) 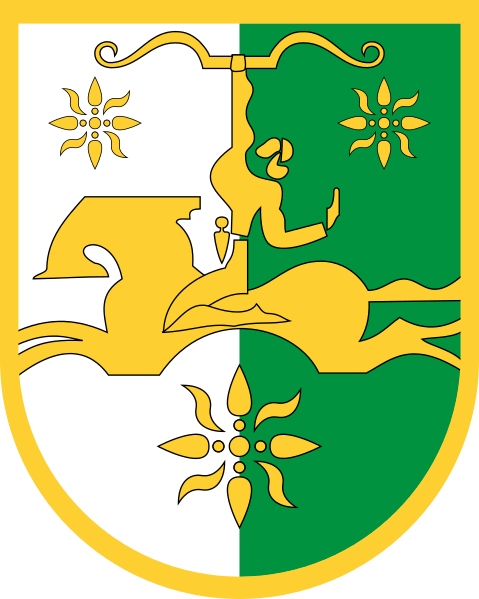 Coat of Arms of the Republic of Abkhazia

The view from Abkhazia
PAULA GARB

Ministry of Foreign Affairs of the Republic of Abkhazia

The Cabinet of Ministers of the Republic of Abkhazia

The official tourism website of the Republic of Abkhazia

Chamber of Commerce and Industry of the Republic of Abkhazia

Embassy of the Republic of Abkhazia in Venezuela