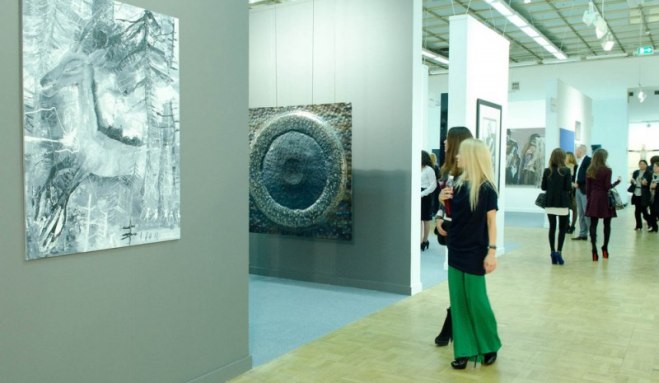 Shazina Gallery is participating in the International Art Fair ART MOSCOW for the first time, presenting the works of the three artists from Abkhazia – Adgur Dzidzaria, Constantine Inal-Ipa and Alexey Shervashidze-Chachba.

The main objective of the Shazina Gallery at Art Moscow 2012 is to present Abkhazia of 21st century as a country which, in spite of the ordeals in recent history continues to bestow the world not only with its natural beauty, but also with such megastars in the sky of human culture as the writer Fazil Iskander and the opera singer Hibla Gerzmava. The Abkhazian artists presented at the stand of the Gallery, each in his own way, are trying to find answers to difficult questions: how to be modern and preserve the historic value of the cultural layer, how to combine present day issues with ethnic identity which initially possesses original and unique features. 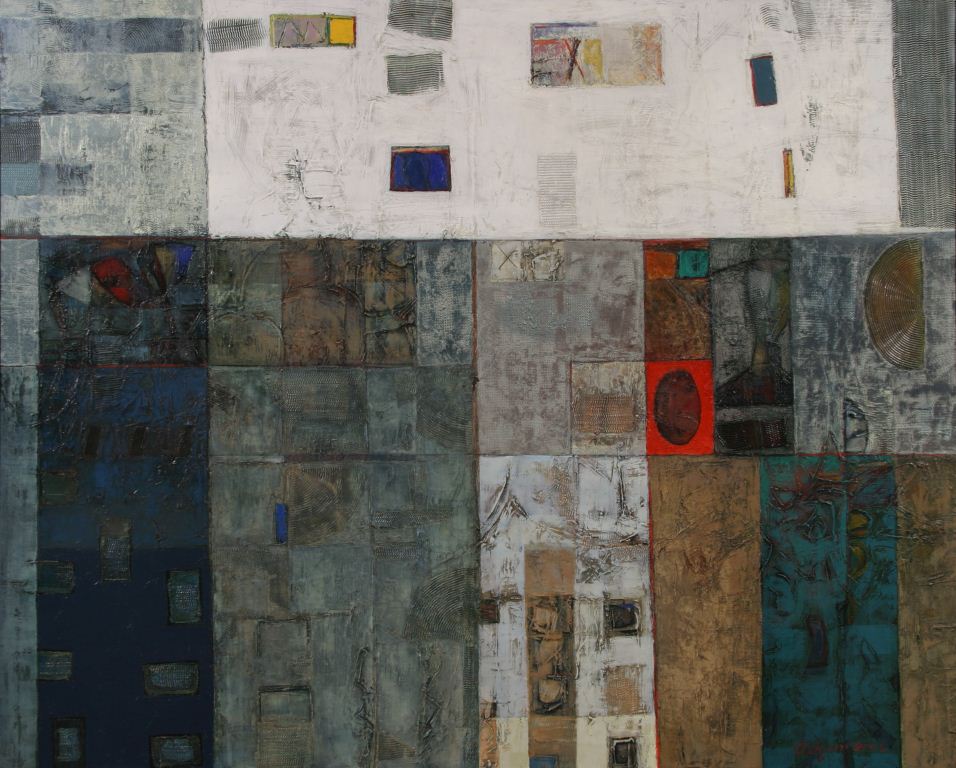 Adgur Dzidzaria (b. 1953, Sukhum) – modern Abkhazian artist, President of the Union of Artists of Abkhazia, had dozens of solo exhibitions in Russia and abroad. The paintings by Adgur Dzidzaria aspire to touch them with your fingertips. This attraction, desire of the tactile contact resembles the process of recall or recognition, when we do not trust our eyes, but resort to the touch, as the most reliable and the very first method to discover the world. But this does not help to uncover the mystery .how an artist can express the metaphysical (soul, spirit) through physical (canvas, brush, paint). Creativity of Adgur is of the rare category that harmonizes the habitat. His multi.layered paintings with complex texture resemble a magic carpet on which layer upon layer "all that was and will be" is recorded, and the flowing harmony of colours, like fine music fills the space with a special meaning and refined style. Only truly great artist can afford to paint like that.

Constantine Inal-Ipa (b. 1963, Gudauta) – modern Abkhazian artist, participant of two dozens exhibitions in Moscow, three of which are solo. In painting, he believes himself the closest in spirit to the classics of modern art  Alberto Burri and Antoni Tapies. Abstract expressionism of the artists of the post.war Europe which is recognized around the world as the brightest reflection of the mood of the era, has become a way of self.expression for Constantine. Abstractions by Constantine Inal.Ipa are spontaneous and free; they are inhabited by the unexpected beauty and the energy of an intuitive sense of motion. He is not afraid of being misunderstood, rejecting external and superficial aesthetics, but rather calls to comprehend "time of changes" and find your own way to approach the harmony and beauty. Colour in the works of the artist, like the light, penetrates the inaccessible in other ways, hidden treasures of the soul. 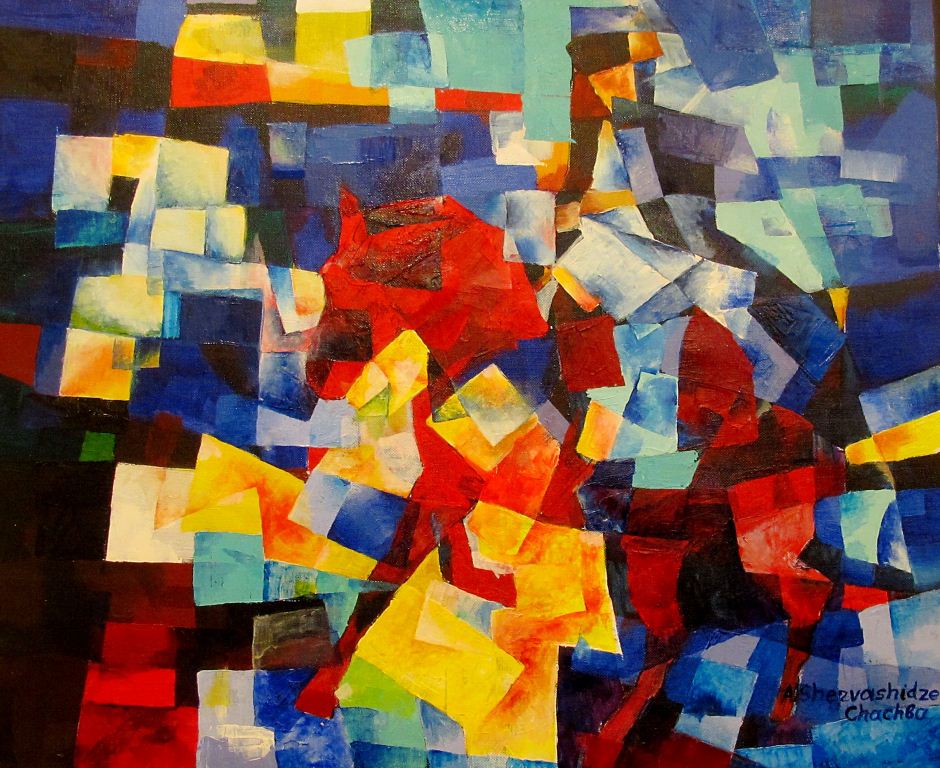 Alexey Shervashidze-Chachba (b. 1959, Sukhum) – modern Abkhazian artist, art critic, theatre and cinema production designer. Participant of art exhibitions in the USSR, Russia, Germany, Japan and France. A. Shervashidze-Chachba in his paintings boldly uses decorative principles of cubofuturizm. The mobile dynamics of the compositions, interpenetration of seemingly opposing colors and shapes gives the impression of bizarre colour-changing kaleidoscope. Series of paintings "Cavaleria" is a part of a larger personal project of the artist, inspired by the story of the legendary "Wild Division", where his ancestors served. The artist, impressed by the fortitude of the spirit and deeds of the Knights of the “Abkhaz century” in the Circassian regiment, who were applauded by the enemies and who received medals for humanity in war times, created his paintings as a window into the world where joy and love, generosity and friendship are in safe hands of the Knights.