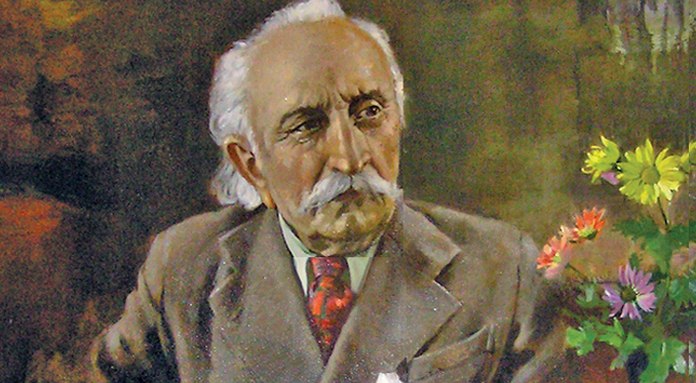 2014 being the 140th anniversary of Dmitri Gulia, founder of Abkhazian literature, writer, and People’s poet, an organising-committee for holding events dedicated to this historical date has been created by Presidential Executive Order.

The Cabinet has been commissioned to approve the plan for the main events to celebrate Dmitri Gulia’s 140th anniversary.

Dmitri Iosifovich Gulia was born on February 21, 1874 in a poor country family in the village of Uarcha, Gumistin area, Gulripsh district nowadays. In his early childhood, like the majority of the Gum Abkhaz, he was banished to Turkey together with his family, however his father managed to return his family home.

In 1892 Gulia together with K. D. Machavariani made up the Abkhaz alphabet used to present day. In 1912 the first Gulia's collected verses were published.

Great is Dmitri Gulia's role in the development of the Abkhaz culture. Language, history, Abkhaz ethnography works, reading books and textbooks belong to him. It was him who translated the Gospel and Christian prayers into the Abkhaz language for the first time.

Dmitri Gulia died on the Annunciation Day's Eve, April 7, 1960, in the settlement of Agudzera.

A new monument on the poet's tomb created by sculptor S. Ivanba was unveiled in 2009. The former Gulia's monument had been fired during the 1992-1993 Patriotic War of the Abkhaz Nation, and blown up by unknown vandals on August 12, 2000. The monument made of whole granite brought in the seventies of last century from Egypt was severely damaged by the explosion.