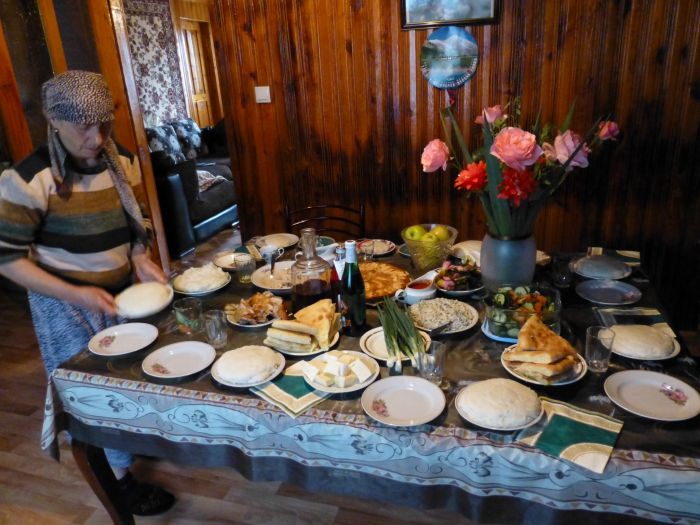 Borders are strange things. They are artificial creations; lines and limits, indicating something starts and ends at a particular, precisely indicated place. In the case of countries borders do work of course in precise ways in administrative and legal sense. And often we assume, by extension, that these borders also exist between people. That in a different country people are different, live different lives, eat different foods, believe different things. And to some extent that is of course the case. In all the countries I cycled through there were some very specific cultural ways; whether it concerned food, architecture, dancing, what you can and cannot say or do, and the political and social concerns people have. But in reality I found we share so much as human beings, and I felt at home in most of the places I have been.

But sometimes, people draw precise borders around their own country and region in terms of who they feel they are and what makes them different. This is especially so, in areas where the legal borders are contested. Such as in the case of Abkhazia. It effected me in two ways. First there was the case of crossing the actual administrative border, and secondly there were the stories people told me about living in their ‘country’.

Whether you think Abkhazia is a country or not depends on your political view. The Georgian government, and probably most people in Georgia, certainly think it is not. They will say the region is occupied by Russia. And most of the western political world supports that view. But, unsurprisingly, that is not what the Abkhazians think. The war in 1992-3 was fought precisely for that reason. It were Georgian tanks that rolled across the border first.

And as a result, my actual entry into Abkhazia was tricky from a legal point of view, or to be more precise, the potential exit was a problem.

Cycling up to the border the road gradually emptied. Black and white road blocks heaped together on one side of the road. On the left a pink concrete police post. Two uniformed policemen took my passport. I had to wait, phone calls had to be made. At my left a plain clothes policeman appeared addressing me in good English, explaining I was about to enter Russian occupied territory. And if I was to leave Abkhazia at the Russian border, I would be leaving Georgia illegally and I would be in violation of border laws. If I ever wanted to come back to Georgia, I would have a problem and would be fined. ‘Your name is now in our data base.’, he added for good measure. Finally, after an hour and a half, I was allowed to cycle over the rough and potholed bridge spanning the river Inguri towards the Abkhazian border post. Snowy mountains in view, and in the knowledge that for the first time in my life I had violated border laws. It unnerved me.

There were other borders to cross as well. I also assumed that people in Abkhazia would be different. The name itself suggests difference, something inaccessible, and slightly dangerous. Warnings of bandits and general unlawfulness rang in my head. But as I cycled over the beautiful, almost completely empty road, except for cows and pigs, surrounded by the twittering of birds and the heavy scent of the large fine needled pines lining the road, my main thought was how peaceful it all felt. This did not seem a place for bandits or unlawfulness. It did not seem a place for war either. But signs of the latter were soon apparent. Shells of houses and buildings. Some bombed, I expect, others just left abandoned as much of the Georgians – Mingrelians- who lived in this southern part, fled the war zone and the tanks. 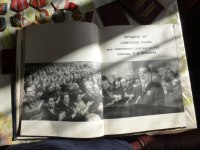 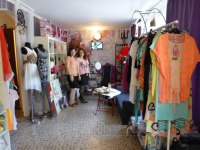 Gali, the main town – more of a village really – in the south was strangely empty. Almost every other house and building was a ruin, trees growing out of its windows. I looked for a shop to buy food, but couldn’t find any. Following the smell of fresh bread, I found a bakery. I was invited inside and given some water and offered a seat next to the big clay oven. A young woman came in. A niece of the baker, it turned out. Esma was her name. She spoke English. Did I need any help? Well, yes, I am looking for a shop to buy some food, and I was also hoping to get a SIM card. She helped me with the latter, but food I didn’t need. I could come home with her to eat, and I could stay with her as well. If I wanted. Of course I did. It was the start of a very special weekend, meeting very special people who were very ordinary in their everyday concerns.

She introduced me to Zoya, now 83. With her red rimmed eyes and slight figure she looked like a frail little bird, but she had been an important local figure during the Soviet years. As the deputy local secretary of agriculture, she had often travelled to Moscow for meetings with Brezhnev. She got her medals out to show me, and a book with a photo of her sitting on the second row applauding a speech by Brezhnev, her former boss. Things were so much better then, Zoya said. It didn’t matter whether you were Georgian, Mingrelian, or Abkhazian. There was no war amongst ourselves. We were one big family. I was to hear that phrase often, I had already heard it a lot. Also in Georgia.

Esma’s family had fled the war. They had gone to live in Russia, but had returned a few years ago, This is the place they loved, where they belonged. Their house might not have many mod cons, no toilet with running water, but the infra structure in Gali was gradually improving. And in their nicely decorated house, Esma’s mother made some typical Mingrelian food; mamaliga, a kind of solid porridge made of corn flour. You poke a piece of cheese in it so that the warm porridge turns it into something gooey and sticky. Esma’s sister, Eliza, who had married an Abkhazian man, Daour, also came for dinner with her husband and children. They were to take me and Esma later that evening to stay with Daour’s family in the mountains. An Abkhazian village, they said, in the largely Georgian part of the country. It was a weekend of food and more food and laughter and being shown family photos, being shown where they make their wine and cheese, and walking amongst the mountains and the mandarin and nut trees, and hearing the stories of the past. Not the stories about the war, though. The time of the war was referred to in hushed tones. A shadow flitting over.

Daour’s parents, Arvelod and Leila, had stayed on their farm during the war, not wanting to leave their property and animals, but they had sent their teenage children to live with relatives in Russia, where they stayed and studied at universiity. Arvelod was Abkhazian, but Leila Mingrelian. At the dinner table three languages are spoken. All the family moves in and out of Abkhazian (Abswa), Mingrelian and to a lesser extent Russian. The children speak all these languages as well. When we visit other relatives in the village, it would seem that marriages between Abkhazians and Mingrelians are the norm.

Here there does not seem to be a drawing of limited boundaries around their identities. Instead a sense of wanting to live peacefully together.

On Sunday morning we drive to the ruins of the very old Bedia church. Arvelod dresses up for the occasion in traditional dress. The sword and belt had belonged to his father, and his grandfather before that. He wears it at celebrations and special occasions. My visit is such an occasion it seems. I feel quite honoured. He wants me to take photos of him. Walking around the hill top with misty clouds coming down from the mountains, I hear the cheerful tunes of Abkhazian folk music. Arvelod stands near his car, the doors wide open, the tape recorder at its loudest. He starts to dance, with a big life enjoying grin. He loves it. He beckons Esma. She hesitates, but then with her long black hair and pastel coloured skirt and top, she kicks off her shoes and joins him bare foot in the ethnic Abswa dance. The Abkhazian man and Georgian woman sharing their joy for music, dance and life.

When on Monday morning we return to Gali, or Gal, as Abkhazians call it, to pick up my bike, we go into Esma’s shop. She opened it only three month ago. A boutique selling, amongst other things, T-shirts and short dresses with images of Marilyn Monroe, Vogue and Paris. It displays a glamour which seems out of place in this strangely empty town where the war scars are so starkly visible. But Esma is offering her town a new vision. Of hope, of being able to make a living among the ruins, of looking beyond the borders. As they all wave me off when I get on my bike, my throat thickens. These wonderful, special people showed me that ordinariness, being with family, talking, arguing, dancing, cooking and eating and above all, sharing, and putting pains behind you, are what life is made of. I will miss them. As I head towards Sukhumi, or Sukhum, I am full of anticipation, mixed with apprehension, what the northern part, where the war was fought heaviest, would be like.