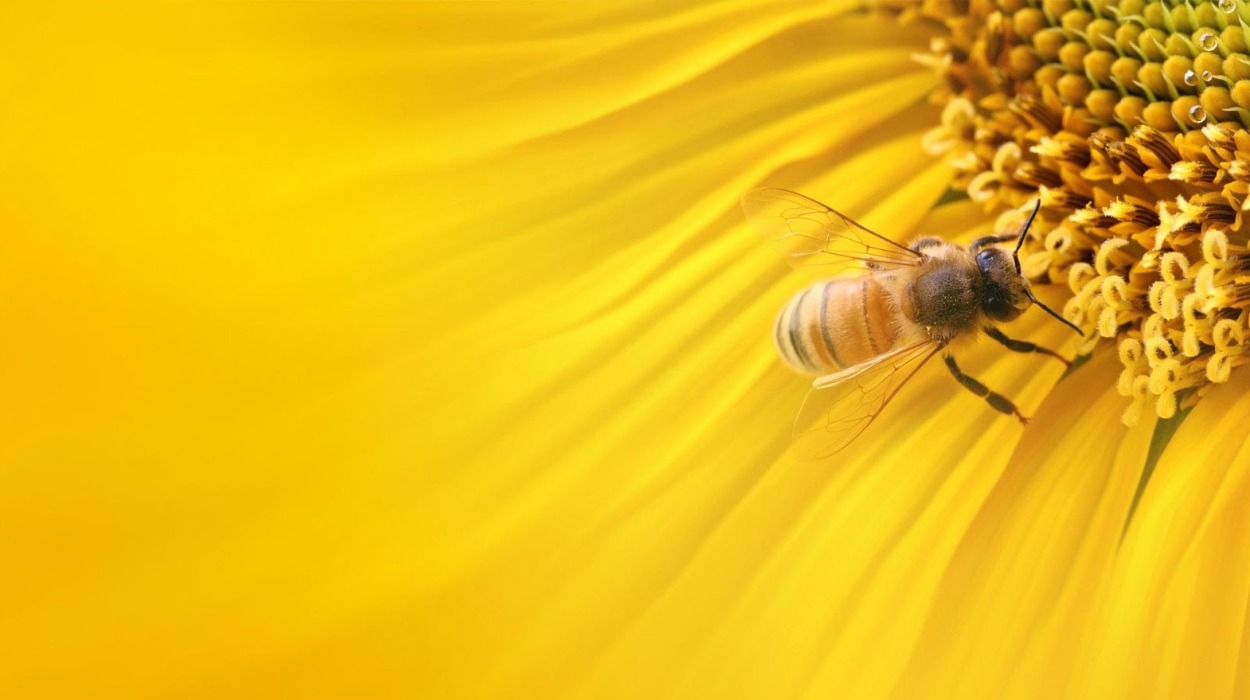 Bees and other pollinators, such as butterflies, bats and hummingbirds, are increasingly under threat from human activities.

To raise awareness of the importance of pollinators, the threats they face and their contribution to sustainable development, the UN designated 20 May as World Bee Day.

The Legend of Anana Gunda, the Protectress of People, Goddess of the Hunt, Bees and Fertility.

In early times, the Abkhazian folk worshipped honey-bees, which were believed to have magic power. The patroness of honey-bees was thought to be a goddess named Anana Gunda.

The people were afraid to anger the goddess, patroness of bees, and offered up sacrifice before gathering honey. They also observed rites, customs and celebrations relating to bee-keeping.

One epic tale narrates how Gunda, the only sister of the Narts, was carried off by the hero Nardzhkhjow, who loved her dearly. Gunda's betrothed Khwazhwarpys demanded of the abductor that Gunda should be returned to him, but all in vain. The two rivals started shooting arrows and fighting reached its peak. A lot of people gathered all around there and they begged Satanay Gwasha, the Mother of the Narts, to help stop that bloody battle. As a punishment, Satanay Gwasha turned Nardzhkhjow into a boulder. Khwazhwarpys was turned into a tree and Gunda became the patroness of honey-bees and honey. 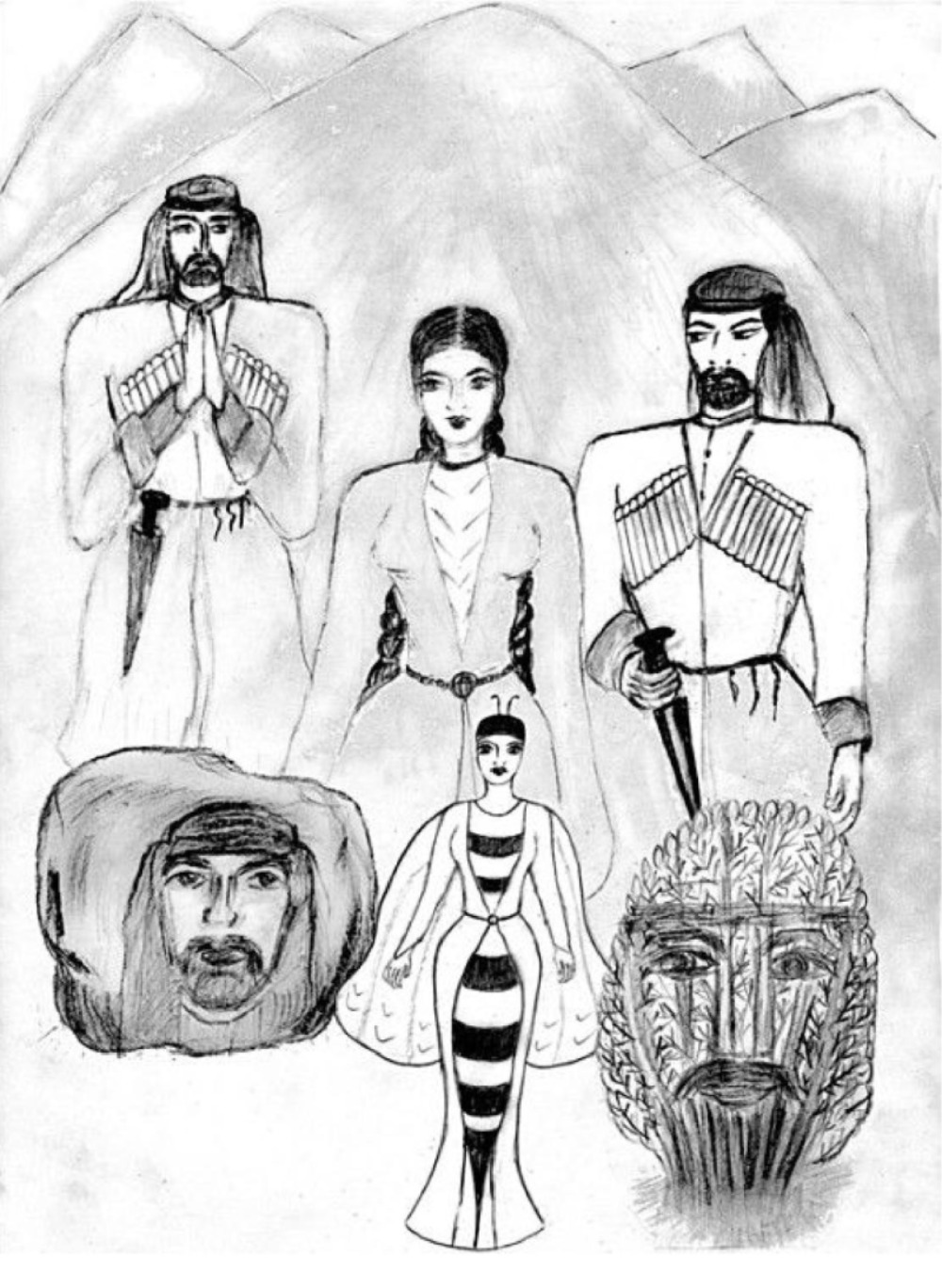 One epic tale narrates how Gunda, the only sister of the Narts, was carried off by the hero Nardzhkhjow, who loved her dearly. Gunda's betrothed Khwazhwarpys demanded of the abductor that Gunda should be returned to him, but all in vain. The two rivals started shooting arrows and fighting reached its peak. A lot of people gathered all around there and they begged Satanay Gwasha, the Mother of the Narts, to help stop that bloody battle. As a punishment, Satanay Gwasha turned Nardzhkhjow into a boulder. Khwazhwarpys was turned into a tree and Gunda became the patroness of honey-bees and honey.

See: Nart Sagas: Ancient Myths and Legends of the Circassians and Abkhazians, by John Colarusso

Bee-keeping in Abkhazia and Abkhaz Honey

The richest flora of Abkhazia has more than two thousand species of honey plants. Hundreds of them are endemics, that is, they grow only in Abkhazia and nowhere else on the planet: it is their nectar that creates a unique flavour bouquet of Abkhaz honey. The taste of honey is influenced by the climate, which combines the healing properties of sea and mountain air. Subtropical vegetation extends from the Black Sea coast to the foothills. Above, the subtropics are replaced by the high mountain zone of alpine meadows. 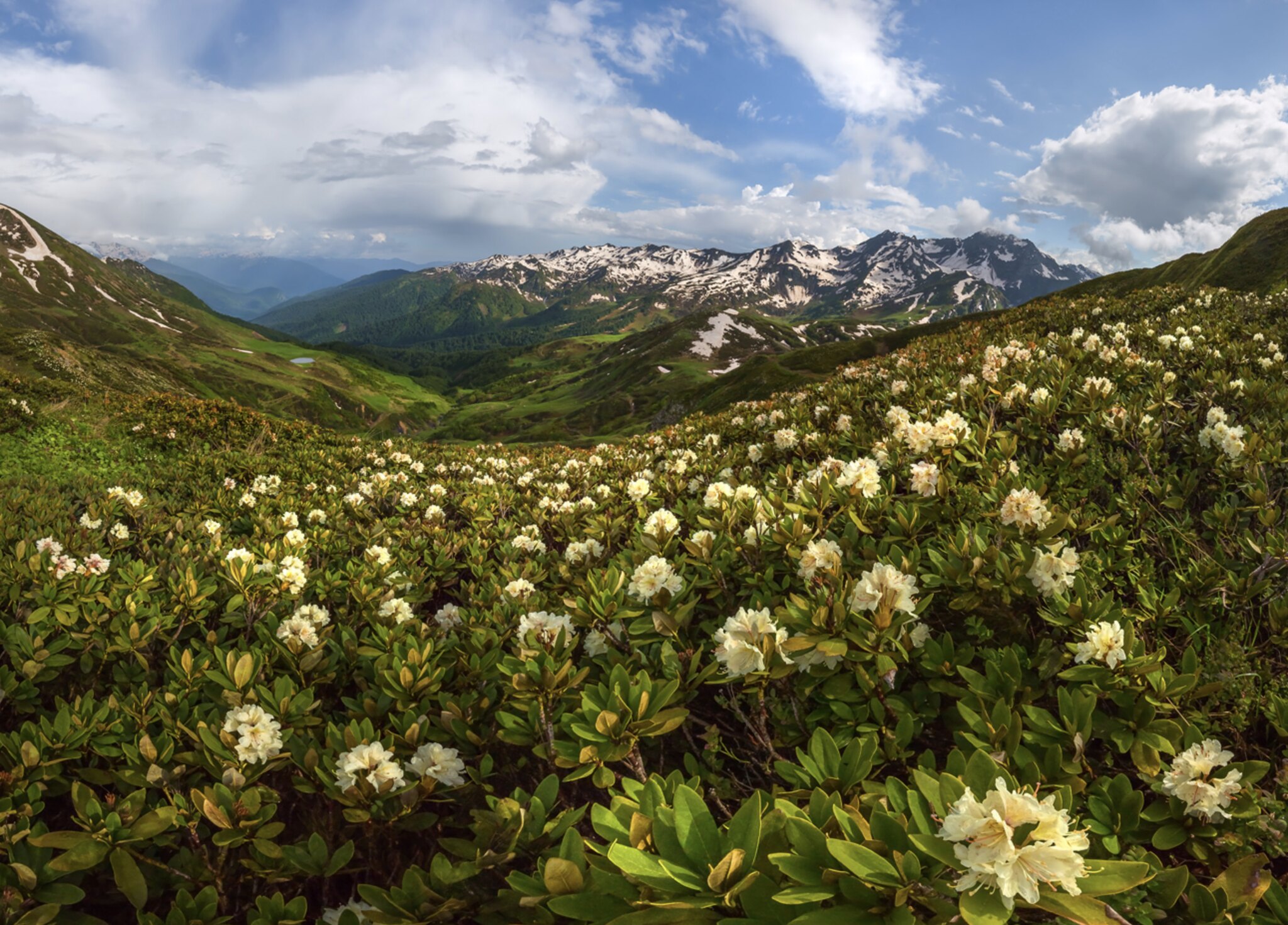 The most famous historical center of Abkhaz beekeeping is the gorge of the Bzyb river, which originates in the upper reaches of the Western Caucasus, and the alpine village Pskhu. Beekeeping in Abkhazia has a long history and has always been an important sector of the country's economy. Abkhaz honey and wax were in great demand far beyond its borders. It remains the same today. 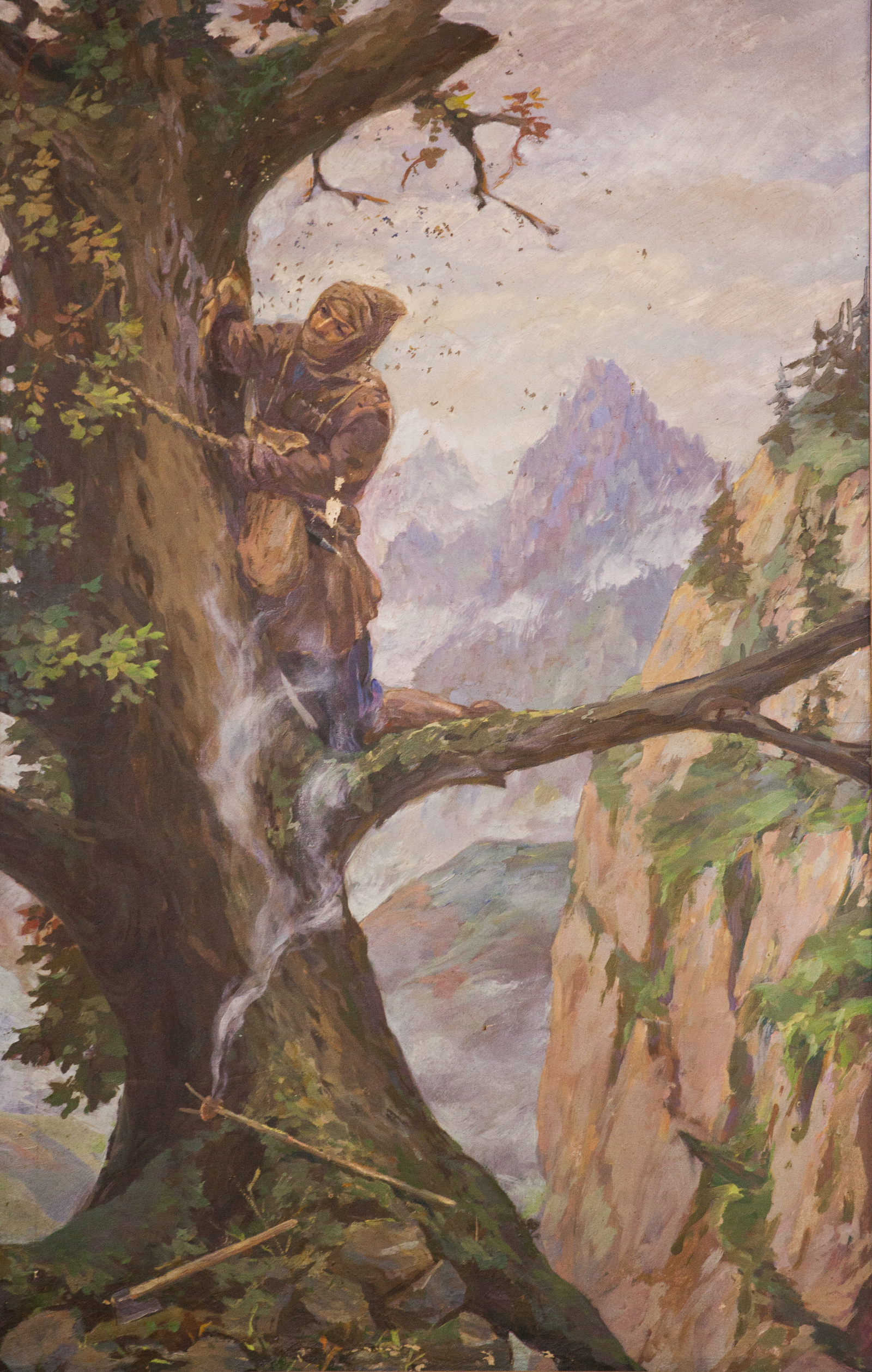 Wild-hive beekeeping, common in Abkhazia, is a very ancient craft, and wild-hive honey of wild bees, produced without human intervention, is a particularly valuable product. It is obtained from the nests of bees living in the hollow of a tree - a side. It is natural and the most expensive of all types of honey. Nowadays, Abkhaz wild-hive beekeepers have learned to breed bees in natural and artificial hollows, which they themselves produce.

Abkhaz honey is environmentally friendly. Apiaries are built away from any sources of pollution - usually in the mountains and off the coast of mountain rivers. There is also no large-scale industrial production, harmful throwing into the environment. The priority directions of the country's economy are tourism and agriculture; therefore, the naturalness and ecological purity of the products produced are the priority. 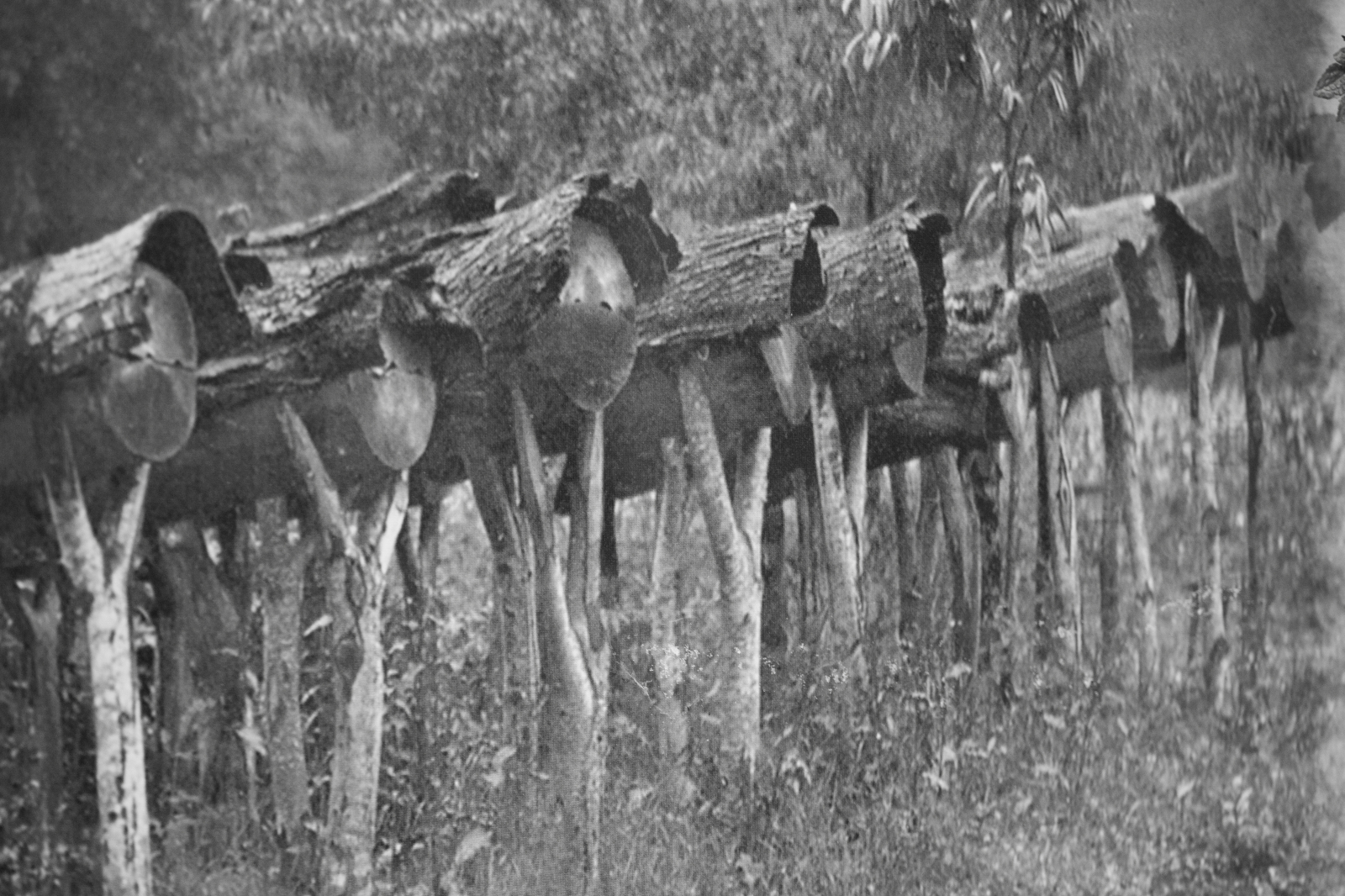 Do you know the main secret of the Abkhaz honey? It is produced by a unique gray mountain bee. This breed was discovered at the beginning of the 19th century and was named "Abkhazianka" by its habitat; its scientific name is Apis mellifera Caucasica. It is distinguished by a peaceful temper and high productivity, but its main advantage is the proboscis. It is thanks to the four-millimeter proboscis that the Abkhazianka can extract pollen from those honey plants that remain inaccessible to all other bee species. 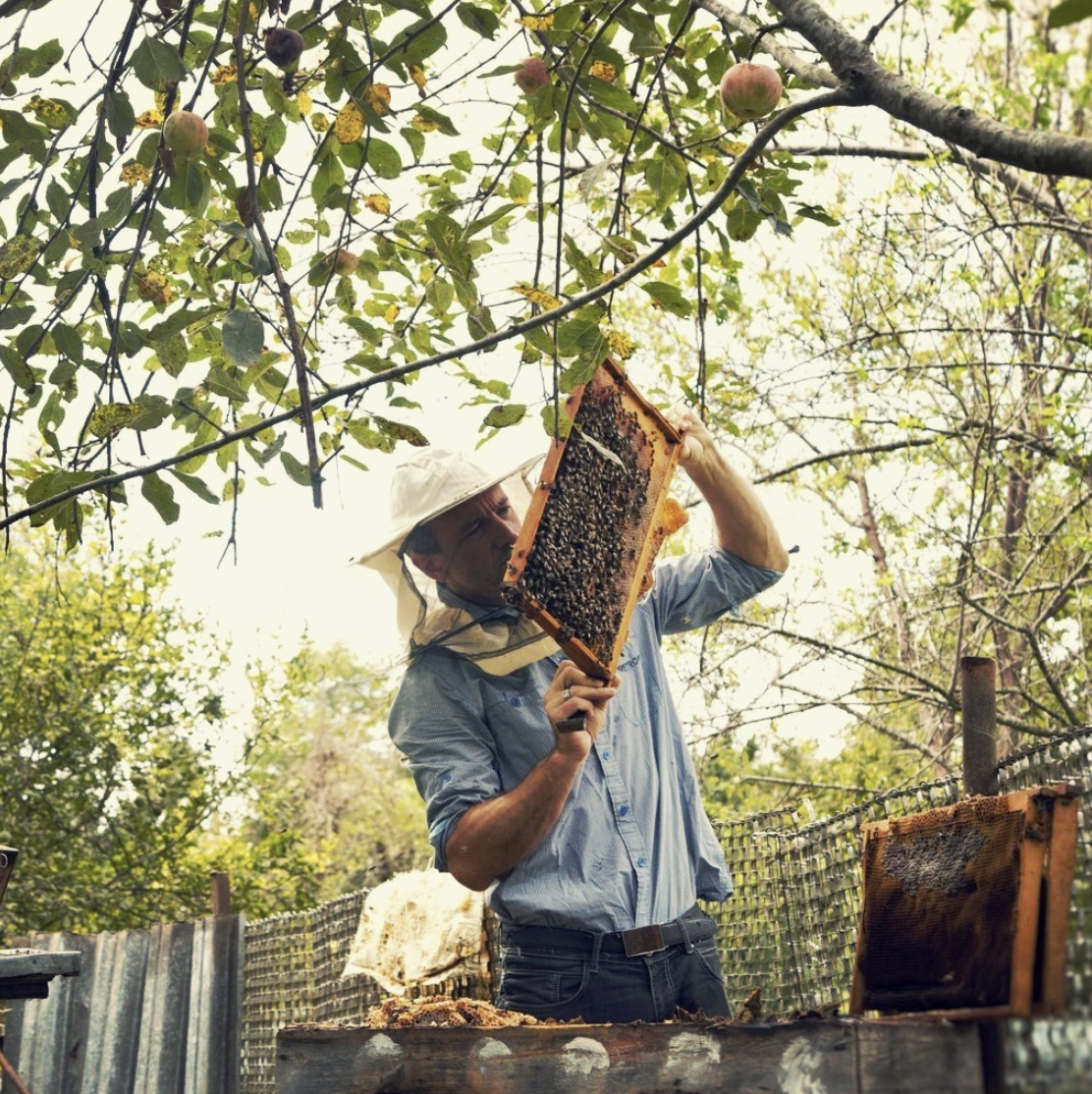 Abkhaz honey is also valued for the special healing properties that it acquires due to nectar and pollen of medicinal herbs: there are a lot of them in the mountains of Abkhazia. Since ancient times, honey has been used in folk medicine by the Abkhaz. Abkhaz ethnographer Ivan Adzhindzhal writes: "Honey and wax were part of the main folk remedies. Honey was taken as a treatment against many diseases. Therefore, for example, gastro-intestinal diseases are still cured with honey. It is priceless in the treatment of long-healing wounds or ulcers."

"Honey is the elixir of eternal life," the Abkhaz were sure of this from time immemorial. The use of honey here is considered one of the secrets of the phenomenon of Abkhaz longevity. Long-livers themselves, according to surveys, note that honey is included in their daily diet, and believe in the healing properties of this product. Special preference in Abkhazia at all times was given to honey in honeycombs, considering it as the most useful. 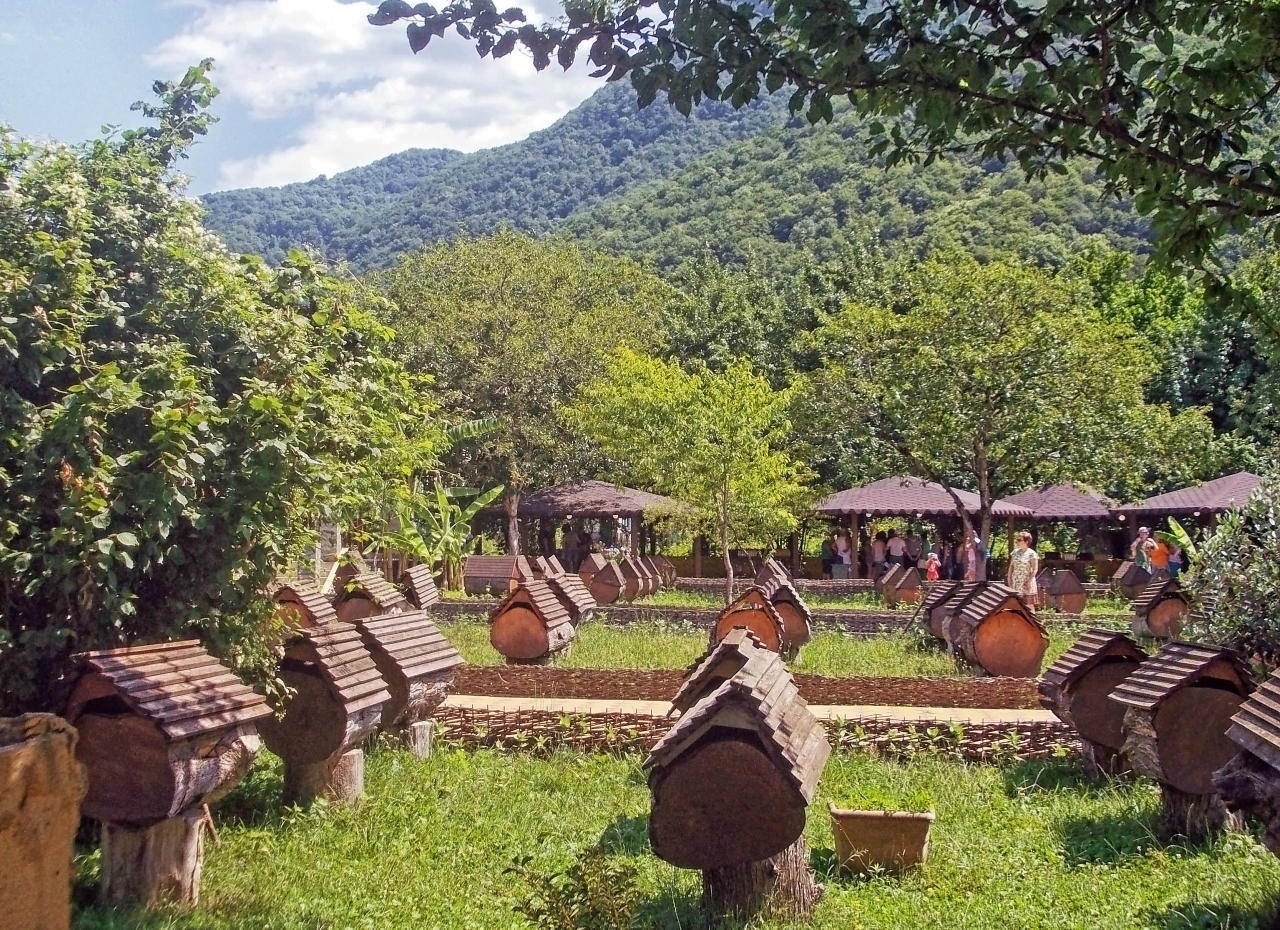 One of the most popular drinks in the Abkhaz traditional cuisine is atskhadzua, literally - "honey water". The recipe is simple: honey is added to the "live", that is, unboiled, water and well stirred. This soft drink perfectly quenches thirst in the heat. In addition to taste, Abkhaz also value atskhadzua for its benefit. The drink is believed to help digestion and speeds up the metabolism. The recipe has other variations: you can use milk or yogurt instead of water.

Another fact about honey is in the national cuisine. Perhaps the most beloved traditional dessert is cold akhyrtsvy (from the Abkhaz ахырҵәы - literally "sour milk") with honey and walnuts. Unlike the traditions of other nations of the world, where dessert is served at the end of the meal, the Abkhaz tradition dictates eating akhyrtsvy with honey on an empty stomach. It is as tasty as it is simple.

The public organization "Association of Beekeepers of Abkhazia" unites more than 70 members. In 1995, the Association took part in the "Apimondia" International Apicultural Congress in Lausanne (Switzerland), after which it was accepted into the International Beekeeping Community. In 2010, the Association of Beekeepers of Abkhazia received a certificate for the Abkhaz Honey trademark. Since then, this brand has rightfully repeatedly occupied leading positions in international product competitions.

Today, more than 800 tons of honey are produced in Abkhazia per year. Half exported: export of honey is not subject to duty. Abkhaz honey is supplied mainly to Russia. There is interest in the product in other countries, in particular, in Iran.