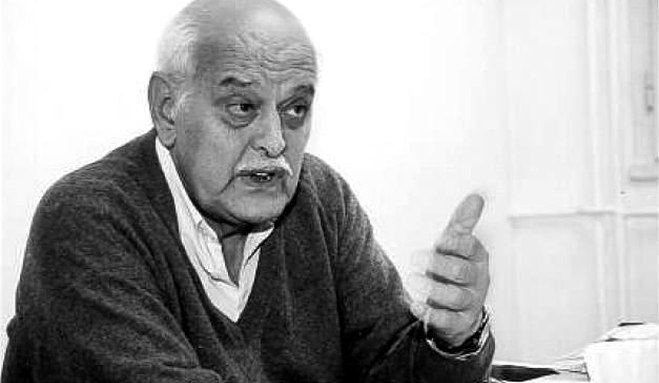 Born in 1930 in France of a Georgian father and a French mother, Georges Charachidzé became a pupil of the great French scholar Georges Dumézil in 1953 when the latter agreed to supervise Charachidzé's doctoral thesis, which turned into his first publication ('Le Système religieux de la Géorgie païenne' = 'The Religious System of Pagan Georgia'). He was to adopt his supervisor's interests in the Caucasus and eventually, after Dumézil's death, take on his mantle as main collaborator with Ubykh's last fully competent speaker Tevfik Esenç in order to continue research on this soon-to-become-extinct North West Caucasian language -- Tevfik himself died in 1992.

He studied Ossetic religion and language with Dumézil, which resulted in 'La Mémoire indo-européenne du Caucase' (= 'The Indo-European Memoir of the Caucasus'), Ossetic belonging to the Iranian branch of the Indo-European language-family. Comparison of the Greek mythological character Prometheus with such Caucasian counterparts as Georgian Amiran and Abkhaz Abryskj’yl led to 'Prométhée ou le Caucase' (= 'Prometheus or the Caucasus').

Charachidzé first accompanied his master on a field-work trip to Turkey in the the 1960s. But Ubykh was not the only object of his research based on work with native speakers resident there, producing a monograph 'Grammaire de la langue avar' (= 'Grammar of the Avar Language', 1981), Avar being a Daghestanian language (and, of course, one on which Dumézil himself had worked in the 1930s!).

Dumézil had agreed to write the description of Ubykh for volume 2 of the series The Indigenous Languages of the Caucasus, which volume was devoted to the North West Caucasian languages and edited by George Hewitt; it appeared in 1989. However, Dumézil, who died in 1987, was unable to write the article, and the task passed to Charachidzé.

Upon the deaths of K’alist’rat’e and Nino Salia, the founders and financiers of the long-running, Paris-based journal for Caucasian studies 'Bedi Kartlisa' (= 'Destiny of Kartli/Georgia'), Charachidzé was the prime mover in organising, editing and publishing the successor journal 'Revue des Etudes Géorgiennes et Caucasiennes' (= 'Review of Georgian and Caucasian Studies'), which, sadly, did not enjoy as long a run as its illustrious predecessor. In this outlet Charachidzé published a number of articles with Esenç offering further analyses of Ubykh after the pattern of Dumézil's earlier articles. He also published there on Abkhaz. If one examines the list of contributions that appeared under Charachidzé's editorship, it will be seen that Charachidzé was happily free from the chauvinism that so blighted his paternal homeland from its late Soviet period through to its (ongoing) years of tortured independence, and this is to Charachidzé's eternal credit.

It was well-known that Dumézil was not totally enamoured of Hans Vogt's 'gift' to him in 1963 of 'Dictionnaire de la langue oubykh' (= 'Dictionary of the Ubykh Language') and warned against its use without the sizeable list of emendations that Dumézil himself included in his 'Documents Anatoliens III'. For years Charachidzé worked on a new Ubykh dictionary but never felt able to promise a date for its appearance. The work no doubt exists amongst his papers in manuscript-form, and it is to be hoped that someone will step forward to see it through to publication to serve as the most fitting memorial for this devoted student of the Caucasus whose passing we all now mourn.

May his good works live on, and may his soul eternally rest in perfect peace!
Abkhaz World
Special thanks to Prof. George Hewitt for his contribution.