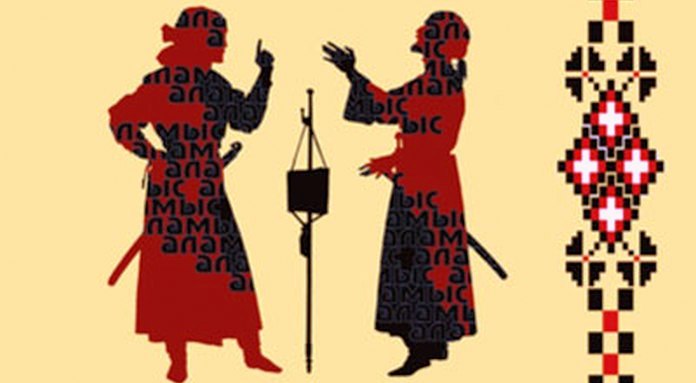 SUKHUM -- On 7 December there took place at the Daura Zantaria Cultural Centre the presentation of first audio-book released in the history of Abkhazia, recorded from the novel by one of the most brilliant of Abkhazian writers, Micha Lakrba.

The company Aquafon always tries to support innovative, didactic and educational projects, including those aimed at protecting the Abkhaz language and the popularisation of culture. The main thing is that the audio-book is not only educational but also has functions to aid the process of upbringing. There is something symbolic in that the first Abkhazian audio-book was based on works from the collection "Alamys." It is precisely here that the system of traditional values of the Abkhazians -- our ideas about “Apswara”, honour, dignity, justice, good and evil have been handed down.

Caucasian and Abkhazian oral traditions and their place in the lives of the people are well-known to the world. The Nart epic, myths, legends, fairy tales, historical and heroic stories, passed from mouth to mouth for thousands of years, have reached the XXIst century through oral presentation.

The appearance of audio-books in the Abkhaz language can become the link that will solve the problem of the inter-generational transmission of culture (with rare exceptions, there are already no extended families in which the grandfather or grandmother tells stories and parables). Audio-books will be of great help in matters of establishing communication with our compatriots abroad, who do not read the Abkhaz language.

Many believe that the first prototype of audio-book appeared in 1933, when the anthropologist J. Harrington recorded stories and legends recited among native American tribes. Any audi-book is a kind of theatre at the microphone, an audio-performance, played out in front of your mind's eye. The mixing together in one form of a literary text, an actor's performance, a musical accompaniment and availability for listening in any situation make the audio-book an irreplaceable friend and assistant to the modern working man. It also allows one to introduce to people unable to read the pearls of world-literature and permits them to feel the charm and beauty of language.

The Aquafon company will give, free of charge, the part of the print-run belonging to it (1000 copies) to schools in Abkhazia. On the Aquafon company’s corporate website those who wish to can find an electronic version of the audio-book, and everyone desirous of doing so, wherever they may be, can download a copy.