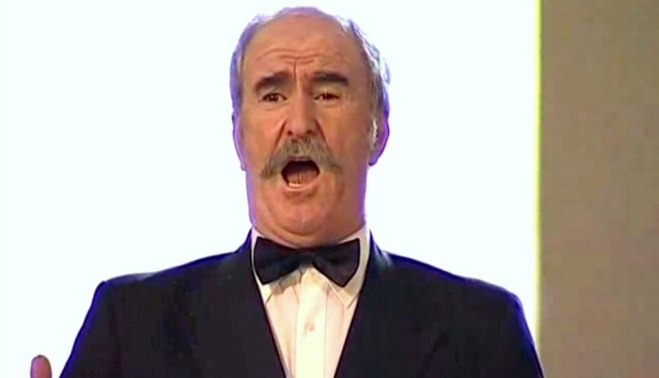 The farewell-ceremony was held in Abkhazia’s State Assembly Hall of Song and Dance, where Villi Chakmach-ipa worked for nearly 20 years.

Hundreds of admirers of his talent, the leaders of the state, as well as the public came to attend the valedictory tribute to the artist.

"Villi Chakmach-ipa received a classical music education but devoted himself to the promotion of Abkhazian folk songs. He made an enormous contribution to the culture of his people,” said Minister of Culture, Badr Gunba, at the memorial service.

Villi Chakmach-ipa, along with his colleagues, travelled to more than 30 countries for his work. He was the irreplaceable leader of the folk-ensemble "Chegem". With his powerful voice, he could perform ‘a capella’ national songs for half an hour and not depart from not the basic tone, leading the whole choir behind him.

In the repertoire of Villi Chakmach-ipa were works of Abkhazian, Russian and Western composers, as well as his own compositions.

"A man lives for as long as he is remembered. But he is remembered and will be remembered by many people, not only by his peers, but also by the younger generation, lovers of folk singing, because he lived the life of the people. The sound of his voice was moving, awakening in one’s heart feelings of good and justice," noted the speakers at the memorial service.

People's Artist of the Republic of Abkhazia. Villi Chakmach-ipa was born on May 3, 1947. In 1972 he graduated from the vocal department of the Sukhum State Musical College. In the same year, he entered the Tbilisi State Conservatory named after B. Sarajishvili.

In 1977 he began working as a soloist at the State Honored Ensemble of Song and Dance soloist in Abkhazia and at the Abkhazian State Philharmonic named after RD Gumba.

During his time in the State Ensemble he traveled more than 30 countries. In 1986 he was awarded the title "Honored Artist of the ASSR."

In 2007, Villi Chakmach-ipa was awarded the title "People's Artist of the Republic of Abkhazia".

In 2000, Chakmach-ipa created the Chegem male folk choir and directed it until his death. The ensemble’s repertoire encompassed works by Abkhaz, Russian and West European composers, as well as his own compositions.