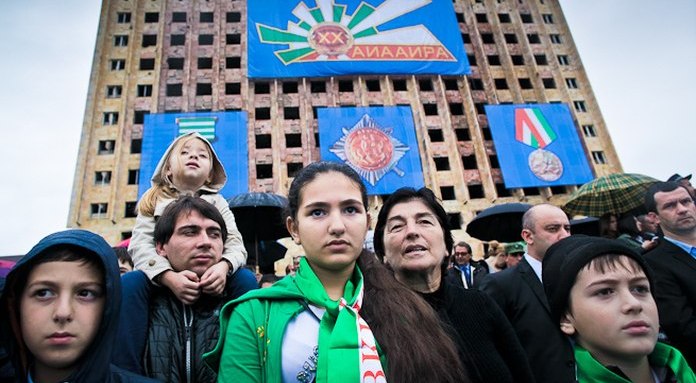 The Tbilisi troops were defeated on September 30, 1993, by Abkhazian armed forces, backed up by Armenians from Abkhazia, also the Circassians and Chechens. The human cost was horrendous : Abkhazia suffered over 10.000 casualties and 230.000 exiles (mainly Georgians), almost half of its population.

But this military victory, the twentieth anniversary of which is currently celebrated in Abkhazia, turned out to be the start of a long ordeal. Despite its official independence, Abkhazia was shunned by the international community for fifteen years. Only since Russia officially recognized it in 2008, in retaliation to the USA’s recognition of Kosovo, has the country begun to see the light at the end of the tunnel. Despite scarce hotel accommodation, tourism is slowly regaining momentum : over 200.000 holiday makers, most of them russian, have been visiting Abkhazia in 2012. Houses that were destroyed during the war are gradually rebuilt, and the safety of the self- proclaimed Republic is ensured by a russian base.

Yet, even if Abkhazia is gradually coming out of its inflicted self-sufficiency, the country cannot open to the wider world as much as it would like to. Only Nicaragua, Venezuela and three Pacific micro-states have recognized Abkhazia so far. Cargo ships from Turkey are repeatedly boarded by the Georgian Navy, and it is solely the russian big brother that keeps the country afloat. Abkhazia is yet far from becoming the Caucasian Andorra, a pacified, recognized country that some in Sukhum dream of.