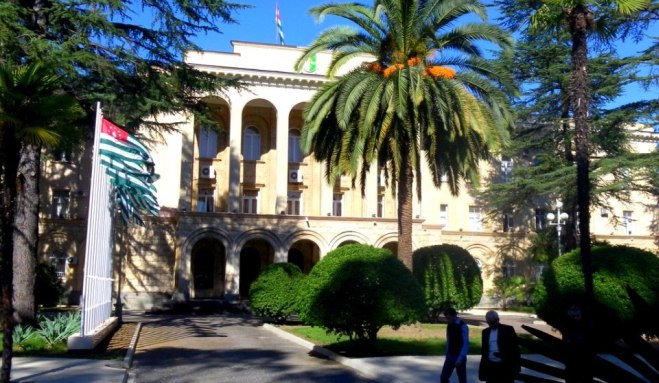 Alexander Ankvab met with the Minister for Taxes and Fees Rauf Tsimtsba.

The minister reported on the state of affairs with tax payments to the budget. For the time being the budget received Rub 1 billion 886 million as compared to the planned Rub 2 billion 22 million.

Tsimtsba said that land tax collections were decreasing every year. ‘Arrears are growing every day and have already reached Rub 122 million’, the minister said.

The President was interested what measures were taken against non-payers.

According to Tsimtsba, the non-payers cases are transferred to the prosecutor's office, tax specialists also seek help in local administrations.

‘Now we are preparing a set of documents for submitting to the Cabinet. The facilities leased by the government, in case of failure to comply with a lease agreement must be returned to the state’, Rauf Tsimtsba said.

‘These negative processes must be stopped. There is a real opportunity to work with non-payers, offer them to either pay the debts or return the facilities’, the President said.