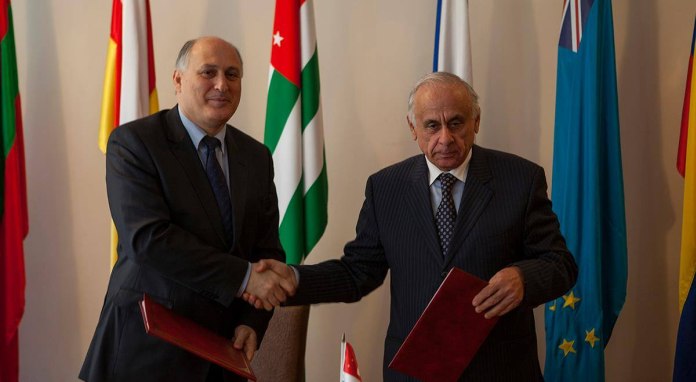 The Minister of Foreign Affairs, Viacheslav Chirikba, and the President of the Chamber of Commerce and Industry of the Republic of Abkhazia, Gennadi Gagulia, put their signatures to the document.

The signing of the renewed version of the agreement (the previous version of the agreement was signed in 2002) was motivated by the need to adapt the interaction between the Foreign Ministry of Abkhazia and the CCI of the Republic of Abkhazia to the new realities. The parties proceed from their interests in developing mutual cooperation in the field of the foreign economic activity of the Republic of Abkhazia, and they strive to render to each other broader collaboration in the realisation of their powers in the implementation of programmes, projects and initiatives in the field of cooperation.

The practice of signing agreements between the organs of a state-government and chambers of commerce exists in many countries, including the Russian Federation.