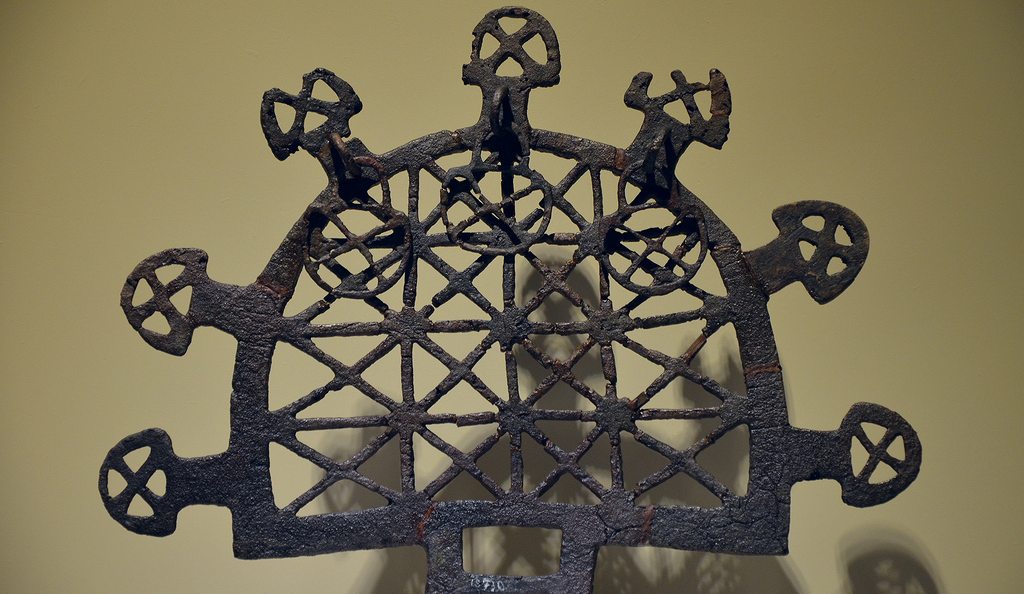 Bronze Sun Disk symbol belongs to the Hattis from the pre-Hittite period. The Sun Disc is made of bronze, and was commonly used about 4250 years ago in religious ceremonies.

The Relation of Proto-West Caucasian to Hattic by Viacheslav Chirikba

Already the first explorer of Hattic, E. Forrer (1919: 1033, 1034), established its non-Indo-European character and suggested its relationship with Abkhazo-Adyghean languages. The same idea was proposed nearly at the same time by R. Bleichsteiner (1923).

The main reasons for such a hypothesis were striking structural similarities between this ancient language of Asia Minor, extinct since the early second millennium B.C., and the West Caucasian group. These sctructural affinities were later discussed by I.M. Dunaevskaya (1960), I.M. Diakonov (1967) and V.G. Ardzinba (1979). The two latter authors also noted some material correspondences (in affixes) between Hattic and West Caucasian. V.V. Ivanov (1983; Ivanov) proposed many Hattic-West Caucasian material parallels, both in root and affixal mophemes. Though the presuasive force of these comparisons is not always equal, mainly due to the poor preservation of Hattic, in general Ivanov, in my view, effectively demonstrated the existence of such a relationship.

The article in PDF can be downloaded by clicking here (14.7 MB)

The Sun Disk symbol is commonly regarded as belonging to the Hittite civilization and usually connotes Ankara and Anatolia. In fact the symbol belongs to the Hattis from the pre-Hittite period. The Sun Disc is made of bronze, and was commonly used about 4250 years ago in religious ceremonies. The circle which forms the perimeter of the disc represents either the earth or the sun. At the bottom, there are two horn-like protrusions but what they represent is not clear. The protrusions at the top represent fertility, and the procreation of nature. The birds symbolize fertility and the freedom in nature. The sun disc is known to have been made about 300 years prior to the Hittite settlement in Anatolia. Hatti kings were buried in funeral ceremonies typically with 4-5 such symbols of similar design. Source: Ankara University