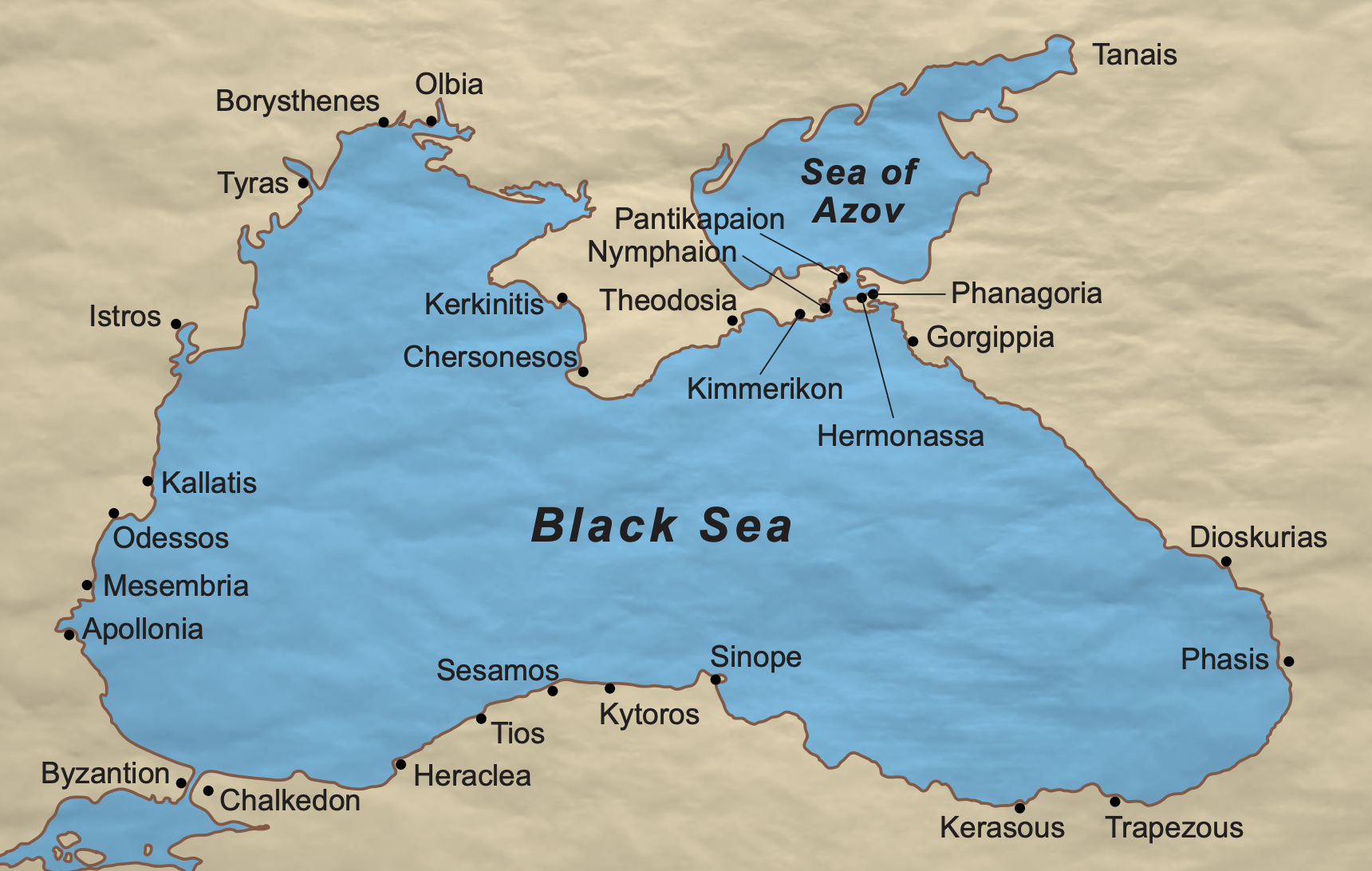 Thomas Wier
Assistant Professor of Linguistics at the Free University of Tbilisi.

It is a near certainty that Abkhaz was spoken in Abkhazia going back to remote antiquity.

Unlike other languages spoken on or near the Black Sea like Georgian, Armenian and Greek with long written histories, Abkhaz was never written down until very recently, and so we have almost no direct evidence that it was spoken in Abkhazia before the 17th century with the publication of Turkish travel-writer Evliya Celebi’s Seyahatname ‘Book of Travel’, which mentions a few words of Abkhaz. However, we do have virtual proof of its existence there from an unusual source: ancient Greek pottery.

Like most peoples, the Greeks considered the various ancient peoples of the Caucasus to be barbarians in the most literal sense: they were not Greek, and they did not have what the Greeks considered high culture. But this did not prevent the Greeks from having lively trade relationships with them. The decorations on most Greek pottery naturally focused on aspects of Greek culture: Greek myths, Greek sports, Greek homelife, and so forth. Some Greek pottery however portrayed Greek interactions with various non-Greeks, and in some cases they even reflected what the non-Greeks were saying. In a recent paper by Mayor, Colarusso and Sanders [1], it is now clear that Greeks sometimes recorded ancient forms of Iranian, Abkhazian, Circassian and Georgian on such ceramics.

They note that a few pieces of earthenware from Athens depicting Amazons and Scythians are likely specifically Abkhaz. For example, this red-figure amphora has an inscription ΧΥΧΟΣΠΙ, Khukhospi, which is meaningless in Greek, but makes sense as Abkhaz /ḥͦəḥͦa-c-b(a)-əy/ [shout-fervent-name.suffix-emphatic] ‘one who shouts fervently’, presumably a good name for a warrior: 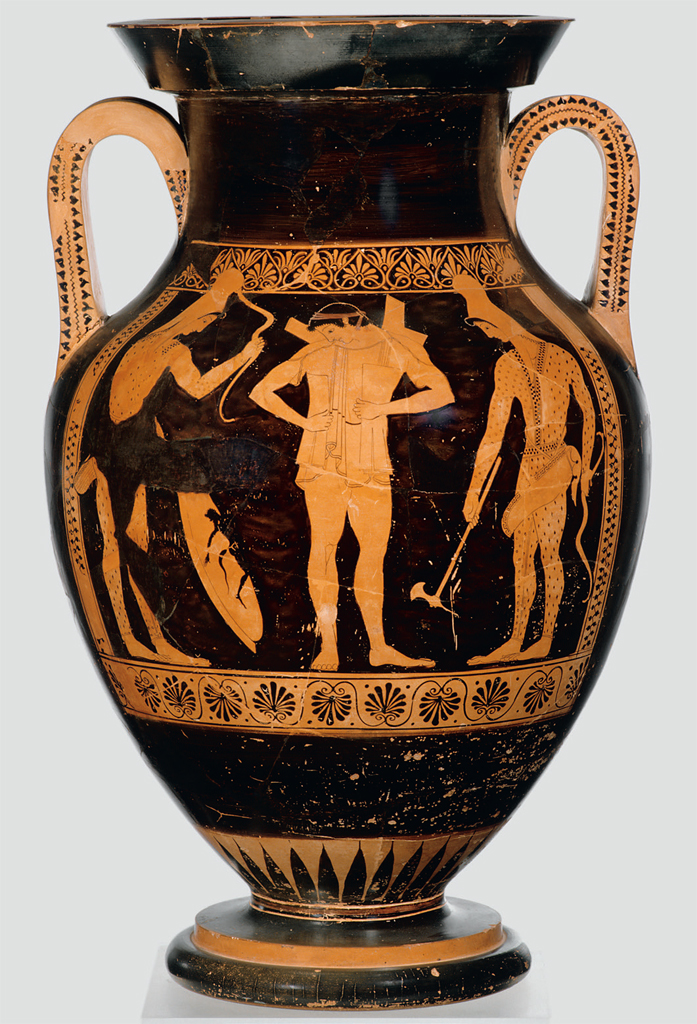 Another piece of pottery that probably bears some form of ancient Abkhaz is the following black-figure olpe with the words OHE(Y)N and KE(Y)N on it. These words mean ‘they were over there’ (/waẋya-w-n(a)/ [ being.over.there-progressive.aspect-indefinite]) and ‘set the dog loose’ (/q’ya-w-n(a)/ [ setting.the.dog. loose.with.barking.and.noise-progressive.aspect-indefinite.past]), respectively: 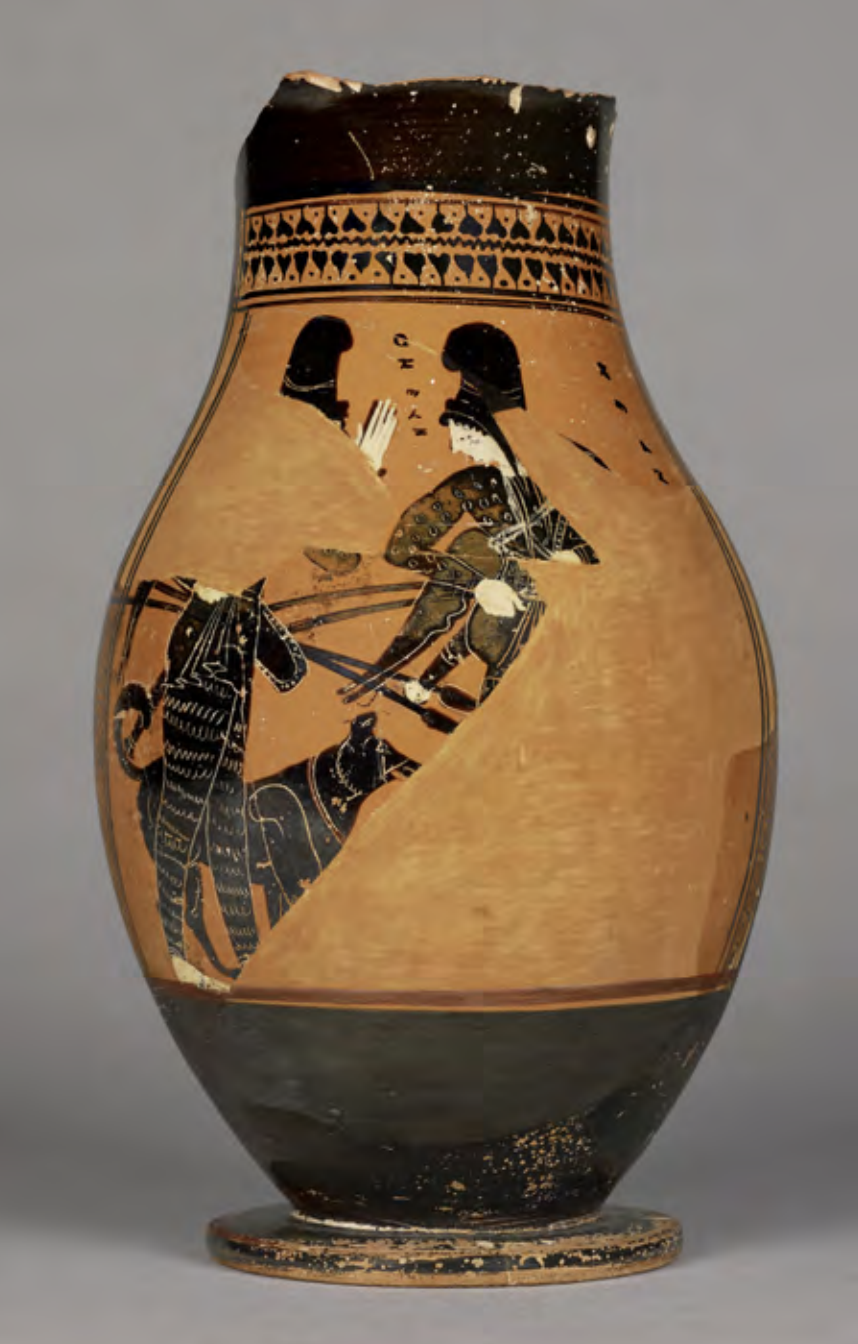 A third piece, a red figure amphora, portrays two warriors, one of whose names is ΓΕΧΓΟΓΧ (gekhgogkh, /(a)ɣa-ɣyaʕͦ/ [enemy-brave]). In Abkhaz, this means ‘brave adversary’, again, an appropriate name for a warrior: 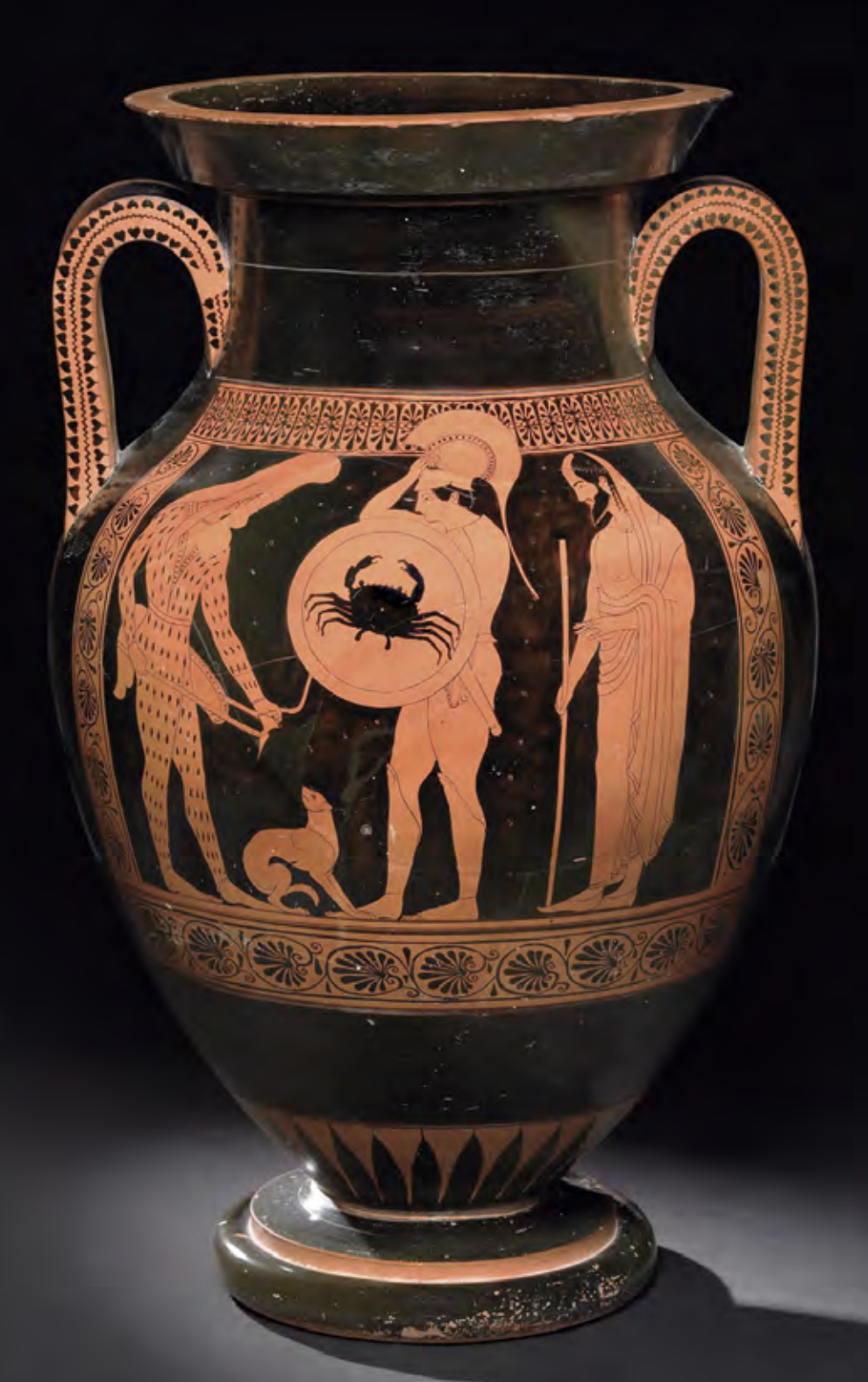 These ceramics, when taken together with classical sources that that refer to peoples of Abkhazia in what is likely Abkhaz (Abasgoi and Apsilai, where the a- is the Abkhaz definite prefix) provide very firm reasons to believe that the Greeks were in direct contact with speakers of Abkhaz, and thus that the Abkhaz are truly autochthonous to Abkhazia, and (unlike say the Ossetians), and not the residue of some ancient Völkerwanderung.

[1] Mayor, Adrienne, John Colarusso, and David Saunders. "Making sense of nonsense inscriptions associated with Amazons and Scythians on Athenian vases." Hesperia: The Journal of the American School of Classical Studies at Athens 83.3 (2014): 447-493.