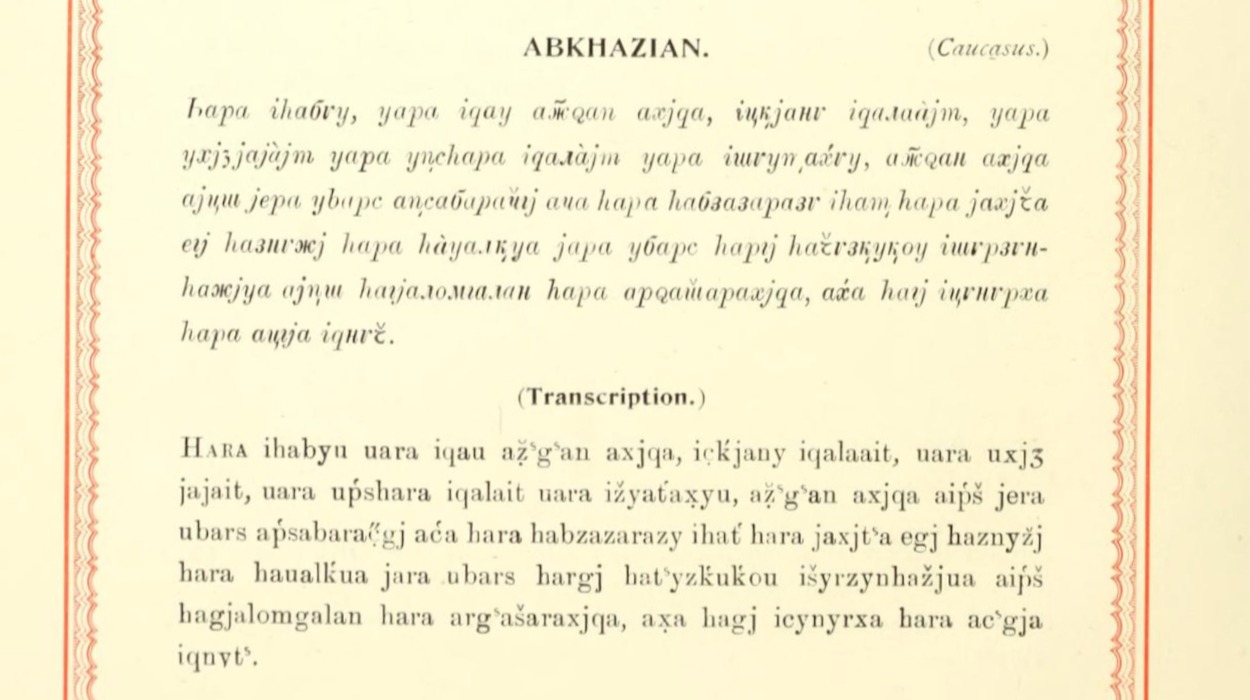 This article compares and analyses three versions of the Lord’s Prayer in the Abkhaz language, spanning the years 1866 to 2015.

Abkhaz (and its divergent dialect Abaza) together with Circassian and the now extinct Ubykh form the small North West Caucasian language-family. It was only towards the close of tsarist Russia’s imperial drive south that the first serious attempts were made in the latter half of the 19th century to study and provide a writing system for Abkhaz. Following Russia’s final subjugation of the whole North Caucasus in 1864 and again after the Russo-Turkish war of 1877–1878, most of the Abkhazians and Circassians plus all of the Ubykhs migrated to various parts of the Ottoman Empire. The remaining rump-population of Abkhazians were confessionally mixed Christian and Muslim, though it is fair to assume that those most strongly committed to Islam will have left the Caucasian homeland. This article compares and analyses three versions of the Lord’s Prayer spanning the years 1866 to 2015.

The full article in PDF can be downloaded by clicking here (3.3 MB)

George Hewitt [www.gergehewitt.net]
Emeritus Professor of Caucasian languages at the School of Oriental and African Studies, a fellow of the British Academy.