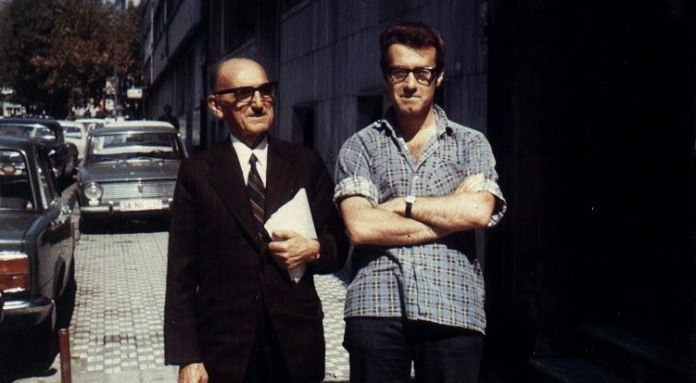 Staunton, October 4 – Deputies of the Kabardino-Balkarian parliament have appealed to Russian Prime Minister Dmitry Medvedev to include the Ubykhs, a subgroup of the Circassian nation, on the official list of numerically small indigenous peoples of the Russian Federation and thus take the first step to the revival of a language which has been considered dead since 1992.

For many, this action is quixotic – there are after all only 33 people in Russia who identified themselves as Ubykhs in the 2010 census and none of them claimed to speak their native language, but Circassian activists like Ruslan Berzekov have been seeking for 15 years (kavpolit.com/articles/ubyhi_voinstvennoe_i_predpriimchivoe_plemja-10022/).

Whether a language no longer spoken but felt to be the national language of a community of such a small size can be revived is an open question, but the pursuit of this goal, given the history of the Ubykhs who were among those deported by Russia in the 19th century, will help to energize the Circassian national movement as a whole after its post-Sochi Olympiad letdown.

In 2002, Berzekov says he was inspired to focus on the fate of the Ubykh language after reading an article by Khasan Yakhtanigov in “Gazeta Yuga” entitled “The Circassian Washington” about the Ubykh family of the Berzeks and then reading Magomed Kishmakhov’s book on “The Family from the Holy Valley of the Ubykhs” about the same group.

As a result, he says, he formed an NGO, the Family Union of the Ubykhs-Berzeks, has made numerous trips to Turkey to meet with surviving Ubykhs there and studied the ways in which the Ubykhs have assimilated and combined with other peoples of the Caucasus both in their homeland and abroad.

In Soviet times, people were actively discouraged from identifying as Ubykhs, he continues, but now, having won suits in Russian courts, a small number of people who trace their ancestry back to the once numerous national group have done so. According to the 2010 census, there are 33 Ubykhs in Russia, 16 of whom are in the Kabardino-Balkaria Republic.

Two centuries ago, Berzekov says, the Ubykhs dominated the population in the Western Caucasus “from the river Vokonka (which was earlier called the Godlik) to Adler. They bordered Abkhazia on one side and the Jigets and Sadzi (indigenous peoples of the Black Sea coast of the Caucasus, who were part of the Adygey-Abkhaz group), on the other.”

In the course of 6 weeks spent in Turkey in 1974, George Hewitt made recordings of Circassian (mostly the Abzakh dialect but also some Shapsugh) in the Anatolian village of Demir Kapı and of Ubykh (mostly with Tevfik Esenç in Istanbul but also with some other elderly speakers in the village of Haci Osman Köyü). The recordings posted here represent a selection of those materials.

The Ubykhs were among the most militant in resisting the advance of the Russian imperial forces and promoted unity with other groups because they knew, Berzekov says, that “without unification they would not be able to defend their freedom and the right to live on their own territory.”

When Russian forces defeated them in 1864, the Ubykh were given a choice: they could either accept Russian citizenship and be resettled in the Kuban or leave for the Ottoman Empire. The Ubykhs chose Turkey, and an estimated 75,000 of them left their homeland where they were able to maintain their distinctive nationality for several generations.

One of the reasons for that was their continuing attachment to pagan divinities, even after most had formally accepted Islam. But another was their language, one of the most complex in the world in terms of sound. Berzekov notes that the Ubykh language has 84 sounds, far more than most languages.

The last native speaker of the language, Tefik Esenc, died on October 7,1992, and many scholars viewed his passing as the final demise of the Ubykh language and at the same time of the Ubykh nation. (See, for example, Asya Pereltsvaig, “Obituary: The Ubykh Language,” at languagesoftheworld.info/geolinguistics/obituary-the-ubykh-language.html.)

But Ruslan Berzekov is “certain” that he will be able to revive the language. Many Ubykhs now call themselves Kabardinians, Bzhedugs, Abazas or Abkhazians, but if the language can be restored, they will return to their ancient identity.

“The Ubykh ethnos has deep historical roots,” he says. “It had its own code of life, of behavior in the family and society, which was based on centuries-long traditions. The people grew up in accordance with these laws … Now it is important to restore the balance,” although he says it would be “too pathetic” to “speak about justice.”

In his view, Berzekov says, those who seek Russian recognition of the Circassian genocide of 1864 are unlikely to achieve their goals. “But the recognition of the Ubykhs as an indigenous people of Russia eliminated many sharp questions, including those which arose during the conduct of the Sochi Olympiad.”

“No one can argue with history,” he continues. “One must simply respect it, analyze mistakes and draw conclusions.” What is necessary is to create the conditions for the revival of the Ubykhs in the future, and a good first step in that direction is their being given the status of an officially recognized people within the Russian Federation.