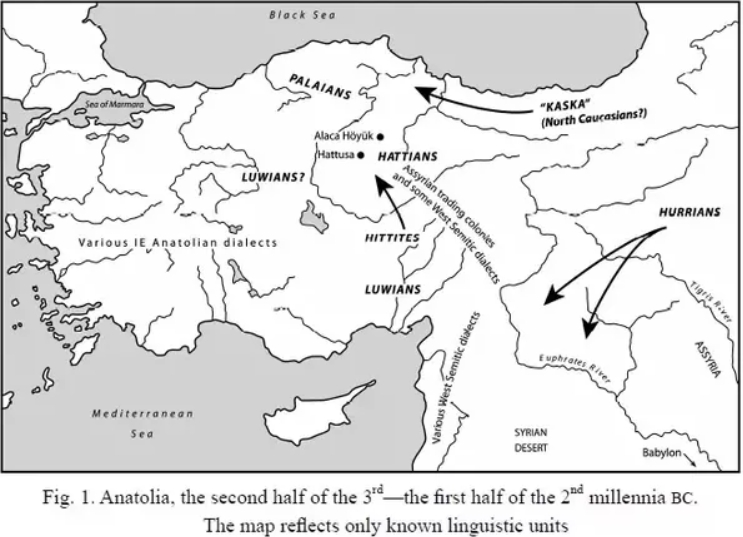 For the first time an attempt is made to single out locative-directional prefixes in the Hattian verbs, reveal their meaning and functions by comparing them with locative-directional prefixes in the Abkhazian-Adyghe languages. While singling out prefixes we took into consideration legitimate sound correspondences of vowels and consonants in the Hattian and Abkhazian-Adyghe languages:voiced-voiceless, palatal-hard, etc. Hattian sentences are given in Latin, their Abkhazian-Adyghe matches in the Cyrillic alphabet and Latin transliteration in square brackets. The materials of the study were bilingual texts «The God of Moon Fallen from the Heaven» and «A Building Ritual». The methodology of the investigation is based on L. Talmy’s cognitive semantics and typology. Orientation relationships are used for analyzing the meaning of Hattian verbal prefixes.