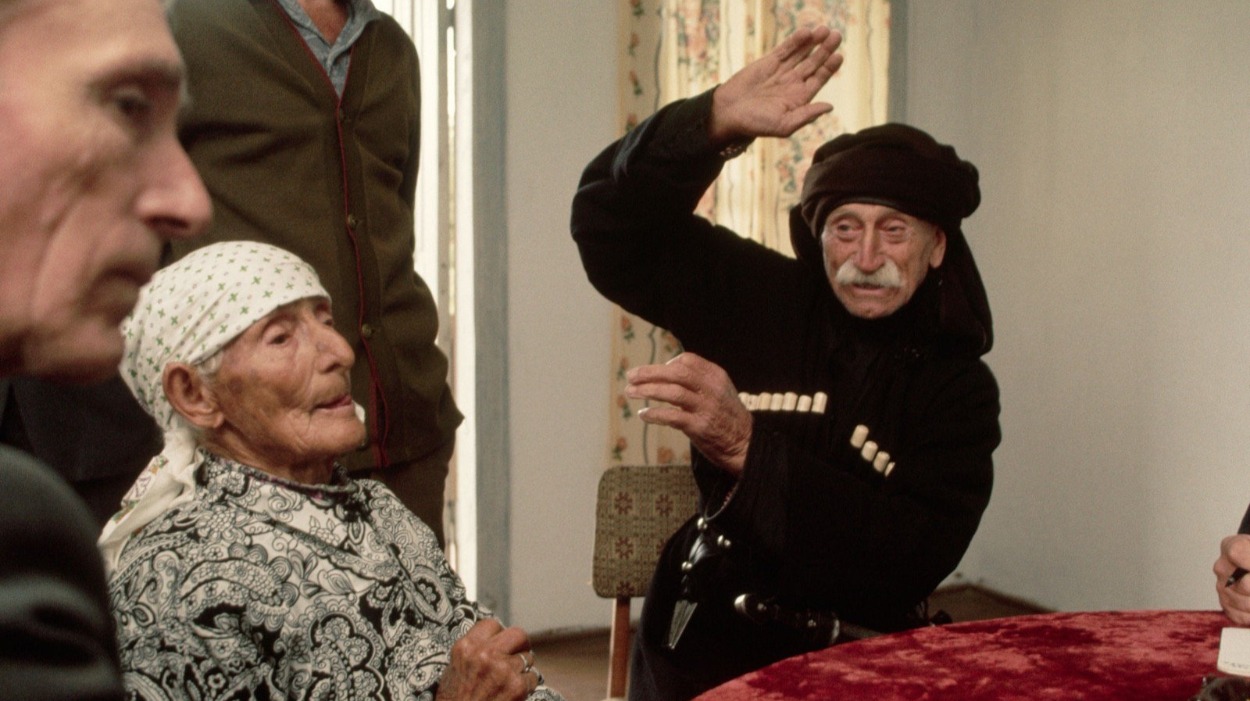 An important place in the elaboration of the gerontophilic hypothesis on the social factors contributing to Abkhazian longevity—the idea that the high status accorded to older people is one of the reasons for their prolonged lives—is occupied by characterizations of older people's position in the family and its daily existence.1 And this is understandable. There is no doubt that at least since the appearance of developed primitive society, the family has served as one of the most important primitive social groups and the position of older people within it is projected to a large extent on their position in other social groups and the society as a whole. The present article is devoted to a study of the interdependent roles and statuses of older people within the family. We will use the terme role to refer not only to active but also to passive roles, and the term status not only in its usual specialized meaning of position in the family hierarchy, but more broadly, as the level of an individual's prestige within the family.

The full text in PDF can be downloaded by clicking here (1.3 MB)