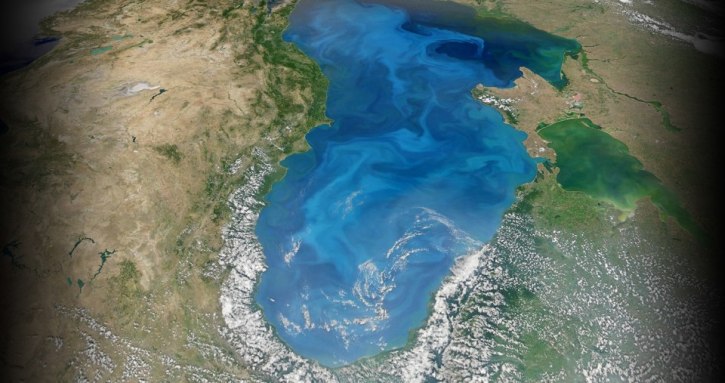 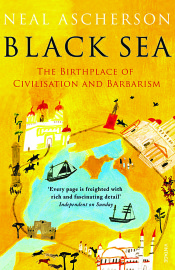 Taklama.com
Commentary, current affairs and book reviews from Abkhazia and the wider Caucasus

Black Sea — The Birth Place of Civilisation and Barbarism

Black Sea is a wonderful book. Not a conventional history that chronologically works its way through the centuries up until the present day, but a fragmentary collection of people, peoples and historic episodes, interspersed with accounts of visits on the ground by the author.

To say that the Black Sea is the main character in these stories would be a cliché, and not a very useful one. Rather, the common theme that Ascherson investigates is the question of national identity, of national belonging.

Black Sea covers such diverse subjects as Crimea and the (mostly tragic) fate of its Goths , Karaites  and Tatars , 19th century Odessa, the Polish aristocracy’s belief that it descended from Sarmatian invaders (Sarmatism ), Adam Mickiewicz  and other Polish intellectuals who dreamt of restoring Poland’s independence, Wolfgang Feuerstein’s attempts to emancipate the Laz people  and Abkhazia’s struggle for independence. It starts and ends with the Black Sea’s ecology.

Ascherson’s personal experiences include the sudden, chilling death of a handicapped girl during a nightly bus journey on the Turkish coast and a family reunion of descendents of Mikhail Lermontov, who did not reallyhave a family.

With so much diversity, the reader could find themselves stuck in a topic of lesser interest — which they could easily skip.

Perhaps the largest part of Black Sea is devoted to the interaction of Greek colonists and Iranian steppe peoples (Scythians and Sarmatians, ancestors of today’s Ossetians) that started 3000 years ago, and that, Ascherson argues, gave birth to the contrast between civilisation and barbarism in the European intellectual tradition. A more superficial work would have contented itself with highlighting the many differences between Greeks and Iranians. Ascherson instead considers to what extent individual identities were actually fluid, finding that in particular cases (the Bosporan Kingdom ) cultural distinctions were all but overcome.

But Ascherson is careful not to romanticise the past, arguing that the peoples of the Black Sea have in fact always lived together in distrust, and that they cannot serve as a multi-cultural ideal. However, he also points out that when violence erupts, it is often not instigated by the communities themselves, but by conationals living in far-away metropolitan centres. Thus, the sense of Greek ‘civilised’ superiority was not developed by the Ionian settlers who lived among Iranian ‘barbarians’, but by the famous Greek playwrights of Athens.

Ascherson also very keenly analyses the workings of diaspora identity, pointing out that for the most part, identifying as part of a diaspora is easy, as one can “remain in the relative comforts of Chicago, New York or Melbourne with the extra sentimental empowerment of a second passport and a flag to carry on the old country’s independence day parade”, while “the cultural gap between diaspora and ‘homeland’ coud widen very rapidly indeed”. But under exceptional circumstances, “these cheques on the Bank of Symbolism are presented for payment”, and diaspora members make use of their identity, like the Pontic Greeks, who “return home”, and “by ‘return home’ [...] mean modern Greece”. Ascherson rightly notes that “even Zionist Jews cannot match the extravagance of this statement, as a remark about history”, since their ancestors emigrated almost three thousand years ago, from the Ionian coast (in modern-day Turkey). “And yet now their descendents head for Athens or Salonica as if it were the most natural thing in the world.”

It is striking how straightforwardly the processes at work here seem to translate to other communities. For years, nothing seemed to indicate that more than a handful of the small Abkhazian diaspora in Syria would ever heed the Abkhazian government’s call to repatriate. Then came the Syrian civil war, and last year hundreds have ‘returned home’.

Ultimately, what makes the book such a pleasure to read is Ascherson’s learnedness and his well-written prose. The former manifests itself as a treasure trove of stories embedded in a nuanced narrative, the latter can best be demonstrated by way of more citation.

On Ascherson’s inadvertent witnessing, in the Crimean night, of Mikhail Gorbachev’s detention during the failed coup of August 1991 (p13):

What I had seen was the conspirators’ candle, the spark carried through the night by men who supposed that they were reviving the revolution and saving the Soviet Union. Instead, they lit a fire which destroyed everything they honoured.

On Stalin’s repression of the academic discipline of archaeology (p76):

Archeology tunnels into the deep foundations on which the arrogance of civilisations and revolutions rests. When the tunnellers enter foundations which should be rock but are merely sand, the floors of the state apartments high above them begin to tremble.

On the initiative by Don Cossacks to occupy a pre-revolutionary Cossack industrialist’s city mansion and present it to his modern-day descendent (p105):

Madame Nathalie Fedorovsky was born in Belgium, raised in Katanga and now dwells in Roissy, near Paris. But her Russian is perfect. More important, this wise and polished lady possesses a French sense of proportion. She was aware of all the ironies: that Cossack male machismo should be constructing a cult round a woman; that pre-capitalist steppe horsemen should be making a shrine out of an industrialist’s city mansion. She walked through the streets of Rostov like a queen, with a small, fluttering retinue. Madame Fedorovsky was not to be manipulated.

On the ideology by the Polish nobility that it descended from Sarmatians (p234):

At the end of the eighteenth century, Sarmatism collapsed under its own stupidity. But in its fall, it also destroyed Poland itself, and the independence for which the nobility had fought so fiercely for so many centuries.

Only very rarely does Ascherson’s approach misfire, when introducing rather vaguely the thesis of the artist Krysztof Wodiczko  on modern-day migration, without establishing its relevancy, or when introducing the Laz with a description that is overly romantic. Occasionally, an exceptional statement ought to have been supported by more details or references, such as the claim that a ring found near the mouth of the Danube belongs to the same Scythian prince Scyles  who prominently features in a story by Herodotos, or the story that in October 1993, 3000 Ussuri Cossacks spontaneously began to patrol the Russian border with China. In one case, Ascherson is simply mistaken, namely when he states that the Empire of Trebizond was founded when the son of the Roman Emperor, Alexios Komenos, fled the Crusaders’ conquest of Constantinople. (In reality, Alexios Komnenos  was the grandson of a previous Emperor, grew up at the court of his aunt, Queen Tamar of Georgia, after his grandfather was deposed and his father blinded, and declared himself Emperor (of the whole empire, but from Trebizond) a few months before the Crusaders entered Constantinople. That event meant that his claim for the throne was never resolved through civil war, but rather led to the establishment of a separate empire in Trebizond.)

While Black Sea was originally written just after the fall of the Soviet Union, a second edition has been published in 2007. The differences are relatively minor, and the fact that so little needed to be updated is a testimony to its lasting relevance. The one exception is the welcome addition of an afterword on the impact of post-communist transition on the state of the Black Sea’s ecology. The second edition of Black Sea also comes with a new, beautiful cover, although sadly it has only been published in pocket format (although a hard cover edition has since been released by the Folio Society , with yet another cover).