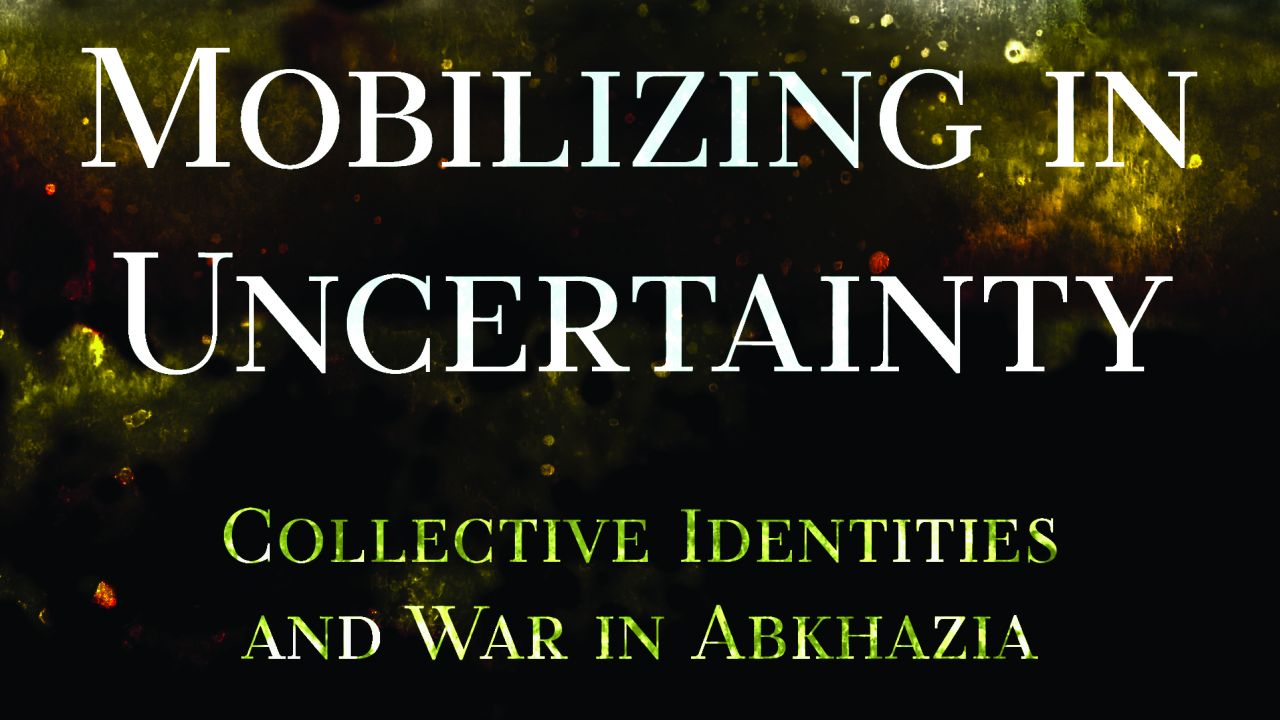 Anastasia Shesterinina is a Lecturer in Politics and International Politics at the University of Sheffield. She has published in American Political Science Review, Journal of Peace Research, and International Peacekeeping.
How do ordinary people navigate the intense uncertainty of the onset of war? Different individuals mobilize in different ways—some flee, some pick up arms, and some support armed actors as civil war begins. Drawing on nearly two hundred in-depth interviews with participants and nonparticipants in the Georgian-Abkhaz war of 1992–1993, Anastasia Shesterinina explores Abkhaz mobilization decisions during that conflict.

Her fresh approach underscores the uncertain nature of the first days of the war when Georgian forces had a preponderance of manpower and arms. Mobilizing in Uncertainty demonstrates, in contrast to explanations that assume individuals know the risk involved in mobilization and make decisions based on that knowledge, that the Abkhaz anticipated risk in ways that were affected by their earlier experiences and by social networks at the time of mobilization.

What Shesterinina uncovers is that to make sense of the violence, Abkhaz leaders, local authority figures, and others relied on shared understandings of the conflict and their roles in it—collective conflict identities—that they had developed before the war. As appeals traveled across society, people consolidated mobilization decisions within small groups of family and friends and based their actions on whom they understood to be threatened. Their decisions shaped how the Georgian-Abkhaz conflict unfolded and how people continued to mobilize during and after the war.

Through this detailed analysis of Abkhaz mobilization from prewar to postwar, Mobilizing in Uncertainty sheds light on broader processes of violence, which have lasting effects on societies marked by intergroup conflict.

"Anastasia Shesterinina gives a thorough, detailed analysis of the mobilization of the Abkhaz population against the Georgian military intervention in 1992. Her arguments are clearly formulated and highly original."

"Mobilizing in Uncertainty is a high-quality work that brings together mobilization literature with the case study of Abkhazia. The Abkhaz perspective on Abkhaz-Georgian relations is rarely treated in English to such in depth exploration as this book offers."