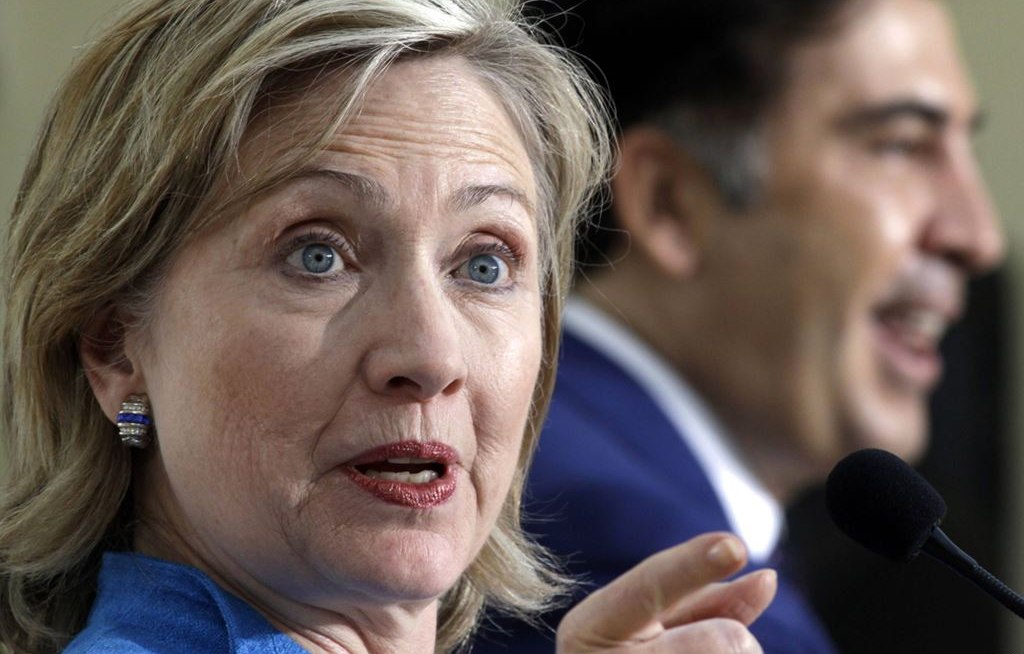 The National Interest -- U.S. secretary of state Hillary Clinton visits Armenia, Georgia and Azerbaijan this week. It is an important trip for all three countries but especially so for Georgia. The country is now entering its most critical political season since a disputed 2003 election that triggered the Rose Revolution and the fall of former president Eduard Shevardnadze.

For twenty years, post-Soviet Georgia has tied its fate closely to the United States. This is in part a result of the personal connections of its two most recent presidents. In the spring of 1992 Shevardnadze, then a beloved figure in Washington for his actions as Soviet foreign minister, returned to a country that had collapsed into civil war. He pulled it out of the mire in large part by cashing in his chips with Washington and Berlin and securing large transfers of foreign aid.

But support was not unconditional. Parliamentary elections held in 2003 were widely seen as a litmus test of Shevardnadze’s authority. In July of that year, the U.S. government sent Shevardnadze’s friend James Baker to negotiate the terms of a deal over conduct of the elections. The deal later fell apart, but the Georgian public was able to see that it was Shevardnadze who was mostly responsible. The perceived lack of U.S. support was a key element in Shevardnadze’s decision to resign in November 2003, after the elections were decried as illegitimate.

When U.S.-educated Mikheil Saakashvili took office in 2004, he again turned to Washington and found a willing patron in President George W. Bush. The relationship became too personalized and too close. When President Bush told crowds on Tbilisi’s Freedom Square in 2005, “The path of freedom you have chosen is not easy but you will not travel it alone,” too many Georgians took him literally.

On the same trip, Bush privately told Saakashvili in his pithy Texan language that if he went to war over Abkhazia or South Ossetia “the U.S. cavalry won’t be coming over the horizon.” This was consistently the U.S. message in private meetings up to and including Condoleezza Rice’s visit to Tbilisi in July 2008 one month before war broke out.

But it seems that the public language of support was so strong that Saakashvili and his team believed they might be granted some indulgence if they made a military move on one of the breakaway territories. Saakashvili more or less admitted this in the recent BBC documentary about the war when asked about the decision to attack South Ossetia on August 7, 2008, “We thought that, you know, at least we could, we would win some time, hold back Russians for some time, and hopefully the international community would wake up and see—we concentrate efforts, we get some kind of reversal.”

A Land of Drama

The Obama administration has worked hard to make the relationship with Georgia less personalized and more professional and institutionalized. Saakashvili has received less attention and when he finally got his meeting with the U.S. president in January this year, Obama conspicuously alluded to the “the formal transfer of power that will be taking place in Georgia, which I think will solidify many of these reforms that have already taken place.”

But Georgia is unfailingly a land of drama, spectacle and larger-than-life personalities—and the political scene now has two of the latter, not one. The second titan is the billionaire Bidzina Ivanishvili, whose debut into politics last fall suddenly reenergized the Georgian opposition.

Ivanishvili is waging a vigorous fight not just in Georgia but, almost inevitably, in the second arena of Georgian politics—Washington. He has hired a string of lobbying firms to represent him and his Georgian Dream movement. In what must be an unprecedented contest for a small, poor country of four million people, Washington’s Podesta Group (representing the Georgian government) is now dueling it out with Patton Boggs (representing Ivanishvili).

Sadly, Georgian political culture remains that of the blood feud. The other side is not merely an opponent but a mortal enemy. Both sides already are predicting victory in the October elections and saying that the country has to be rid of the other.

Addressing a new session of parliament on May 26, Saakashvili said of Ivanishvili, “the dark forces of the past, whatever money they are armed with, whatever lies they are telling . . . they will not be able to stop Georgian people’s accelerated drive towards progress.”

Saakashvili’s seductive message to Western interlocutors is that his government of thirty-something English speakers is an indispensable partner, while an Ivanishvili victory would throw Georgia off course and back on a path toward Russia.

For his part, Ivanishvili told a mass rally of supporters in Tbilisi on May 27 that Saakashvili was “separated from traditions and reality” and made a strong pitch for the voters of those segments of society that feel alienated by Saakashvili’s policies, from the rural poor to the pious Orthodox to the urban intelligentsia. His message to Westerners is that foreign policy will continue as before, but Georgia needs a more predictable and representative government—led by him.

Now, it is Hillary Clinton’s turn to give Washington’s latest message. She may not want the role of arbiter, but recent history suggests she has no choice: Georgians want to hear what their U.S. patron has to say about the coming election.

The key elements of a good message are fairly easy to devise: praise for the positive reforms the government has done; a reminder to Saakashvili that Georgia is more than just him; an emphasis on the need for a level playing field in the election, not just on polling day itself but in the months before; friendly encouragement to the opposition that if the election is more or less fair, they should accept the result. (Few observers expect them to win a majority, the best they can plausibly hope for is a good showing of seats in parliament).

Crucially, the experiences of James Baker and Condoleezza Rice suggests that the audience is at least as important as the message itself. If Washington believes in supporting a process in Georgia—and not just a team of individuals—the Georgian public has to hear the new U.S. messages too, clear and unfiltered.

Thomas de Waal is a senior associate at the Carnegie Endowment for International Peace in Washington.