Polyphony is a distinctive trait of Abkhazian folk singing. Usually a tenor will start the song, and the other singers will then join in, improvising around the original melody in a lower register. A curious fact: there is no folk singing done by women, except for lullabies and mourning songs. The oldest songs belong to the hunting and herding folklore; more recent ones celebrate particular folk heroes: Khadzharat Kahba, Saluman Bgazhba and others. There is a widely known series of ritual songs performed to ease the suffering of the wounded. Abkhaz traditional mourning and circle dance songs are very expressive, and traditional weddings include a theatrical performance accompanied with songs and dance for the occasion.

Traditional Abkhazian musical instruments include strings, woodwinds, and percussion. Among the most popular string instruments is the ap'hyartsa, a two-stringed instrument with a narrow spindle-shaped frame, played with a bow and usually carved from alder wood. The ayumaa is a triangular harp with 14 horsehair strings (ayumaa means "two-handed" because the musician holds it on one knee while playing with both hands).

The woodwinds include the acharpyn, a flute with three or sometimes six holes made of hogweed (acharpyn in Abkhaz) and adorned with ornamental decoration. Another popular instrument is the abyk, a single-reed horn carved from wingnut wood. The akabak khtsvy, a shepherd's pipe with three openings, is carved from a pumpkin stem.

Percussion includes various types of drums and clappers (also used to scare birds away from corn fields). Akyapkyap clappers consist of a thick handle with attached wooden slats that make a loud crackling noise when rotated, and the very popular adaul drum often serves as the main musical accompaniment, especially for folk dances.

Historically, the Abkhazian people had endless wars with invaders which led to the creation of wonderful songs about well-known heroes. Abkhazian musical instruments are very distinctive, including the straight flute made of umbrelliferous plants and the ayumaa, an angular harp.

The sounds of Abkhazia. A project by Vincent Moon

"Hara Harwaa Reihaby" [The Leader of Our Soldiers] is a musical film in which there is a collection of songs which were born in one of the most challenging periods for Abkhazia, the period when not only the future of the country but the very future of the nation found itself in question.

The film incorporates a military chronicle: right at the start their authors and first performers sing military songs. These archival sequences are combined with staged shots of the same songs but now in performances by descendants of the heroes who gave their lives for Victory.

Realisation of the project " Hara Harwaa Reihaby " was facilitated thanks to funding by the companies AQUAFON and «Wines and Beverages of Abkhazia".

On his own initiative, Eugen W. Krammig produced a Music CD entitled “Freedom for Abkhazia”, all the profits from the sale of which will be sent to Abkhazia. The famous German musician and producer, Win Kowa, the famous choir Nartaa, made up of (near) centenarians, and the London Symphony Voices are among the contributors to this album.

THE SOUNDS OF ABKHAZIA 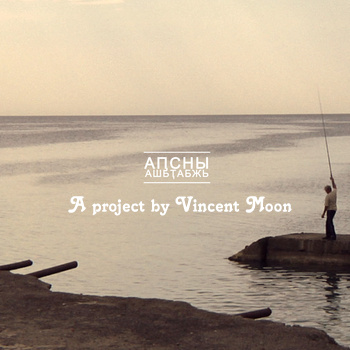