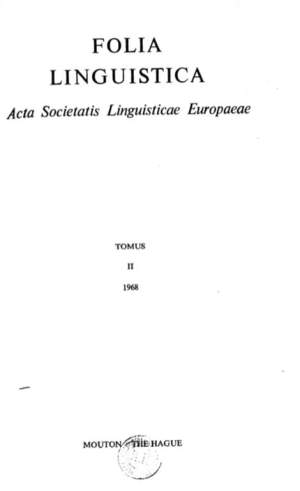 Georges Dumézil (1898 – 1986, Paris) was a French comparative philologist best known for his analysis of sovereignty and power in Proto-Indo-European religion and society. He is considered one of the major contributors to mythography, in particular for his formulation of the trifunctional hypothesis of social class in ancient societies.

Feeling that he had little place in the French academy, Dumézil moved to Turkey in 1925 to teach at the University of Istanbul, created as part of Kemal Atatürk's attempt to create a modern, secular nation. He learned Turkish and developed an interest in the Ubykh language and travelled widely in Russia, Turkey and the Caucasus. As a result, he became one of the premier experts of Caucasian languages to work in French. He compared the Etruscan language with the Caucasian languages.

Many themes of Dumézil's work have continued influence in ancient religious studies: his impulse to comparative study, and his basic insight that polytheistic gods must be studied not simply by themselves but in the pairs and the ensembles in which their worshippers grouped them.

The article in PDF can be downloaded by clicking here (2.52 MB)

Abaza language, language spoken primarily in the western part of the Caucasus Mountains and in northeastern Turkey. Abaza is related to Abkhaz, Adyghean, Kabardian (Circassian), and Ubykh, which constitute the Abkhazo-Adyghean, or Northwest Caucasian, language group. These languages are noted for the great number of distinctive consonants and the limited number of distinctive vowels in their sound systems. Abaza, like Abkhaz, has no grammatical cases. Abaza is written as well as spoken.