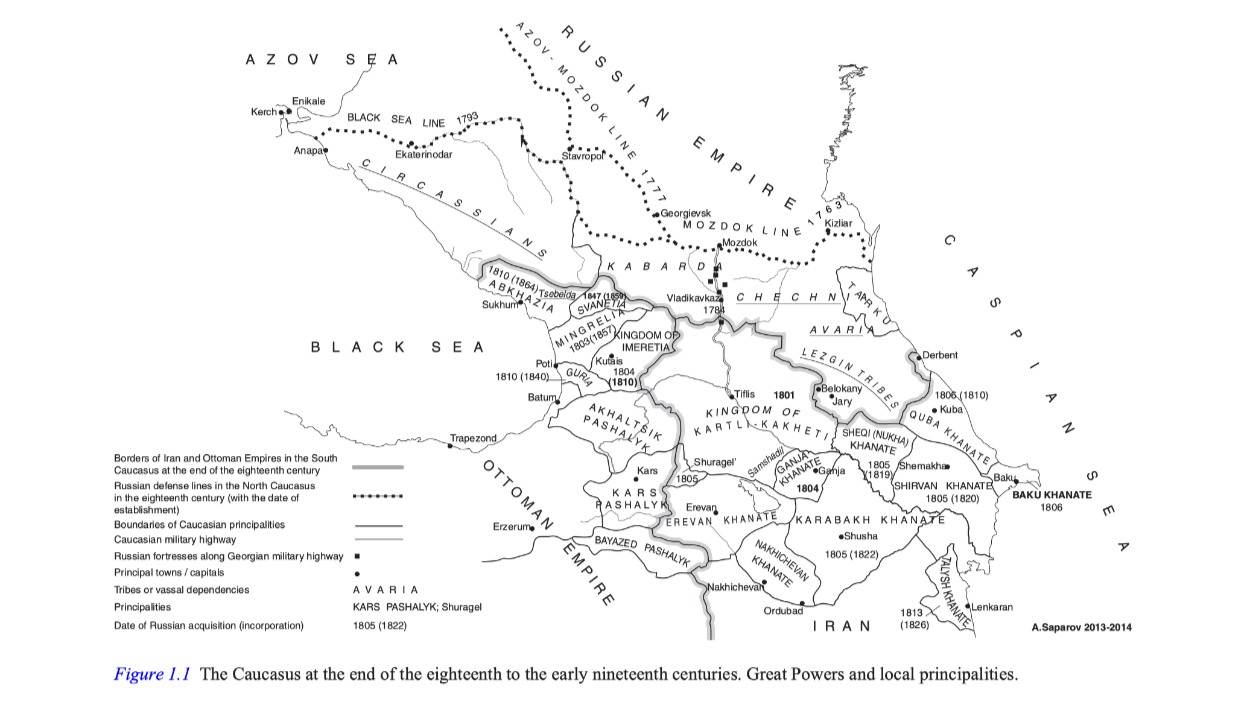 The Caucasus at the end of the eighteenth to the early nineteenth centuries. (From the book) 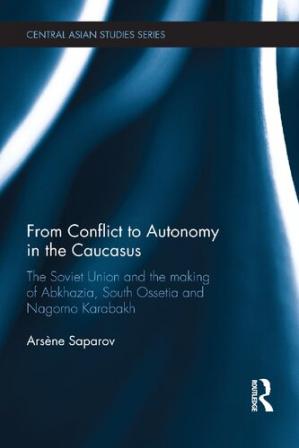 From Conflict to Autonomy in the Caucasus: The Soviet Union and the Making of Abkhazia, South Ossetia and Nagorno Karabakh
Author: Arsène Saparov
Year: 2014
Publisher: Routledge
Place of Publication: UK and USA
Number of pages: 217
Language: English

This book is the first historical work to study the creation of ethnic autonomies in the Caucasus in the 1920s – the transitional period from Russian Empire to Soviet Union. Seventy years later these ethnic autonomies were to become the loci of violent ethno-political conflicts which have consistently been blamed on the policies of the Bolsheviks and Stalin. According to this view, the Soviet leadership deliberately set up ethnic autonomies within the republics, thereby giving Moscow unprecedented leverage against each republic.

From Conflict to Autonomy in the Caucasus questions this assumption by examining three case studies – Abkhazia, South Ossetia and Nagorno Karabakh which are placed within the larger socio-political context of transformations
taking place in this borderland region during the nineteenth and twentieth centuries. It examines demographic, social and economic consequences of the Russian colonization and resulting replacement of traditional societies and identities with modern ones. Based on original Russian language sources and archival materials, the book brings together two periods that are usually studied separately – the period of the Russian Civil War (1917–20) and the early Soviet period – in order to understand the roots of the Bolshevik decision-making policy when granting autonomies. It argues that rather than being the product of blatant political manipulation this was an attempt at conflict resolution. The institution of political autonomy, however, became a powerful tool for national mobilization
during the Soviet era.

Contributing both to the general understanding of the early Soviet nationality policy, and to our understanding of the conflicts that have engulfed the Caucasus region since the 1990s, this book will be of interest to scholars of Central Asian studies, Russian/Soviet history, ethnic conflict, security studies and international relations.

Arsène Saparov received a PhD in International Relations from the London School of Economics, UK, in 2007. He now teaches Russian/Soviet and Caucasian history at the University of Michigan, Ann Arbor, USA. His research focuses on ethnic conflicts in the Caucasus, and Russian and Soviet history.

The full book in PDF can be downloaded by clicking here (1.9 MB)