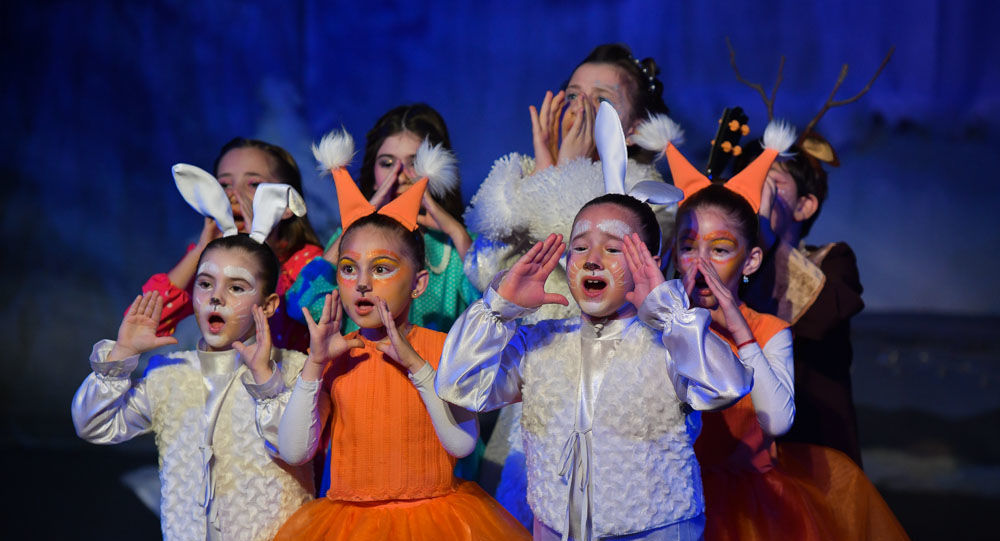 SUKHUM -- The children’s theatre-studio "Nart" has been operating at the Abkhazian State Drama Theatre since 2018.

‘The children's theatre-studio "Nart" at the Abkhazian State Drama Theatre is recruiting children from 8 to 16 year-olds,’ the head of the studio, Gudisa Todua, said.

According to Todua, the main criterion for choosing young actors is knowledge of the Abkhaz language. At the audition, children will have to present a fable, a poem and some prose in the Abkhaz language, as well as prepare a vocal and dance-number.

‘In the studio we will teach acting, stage-speech, fencing, choreography and give various master-classes,’ he said.

The first selection of participants for the “Nart” children's studio was held in September 2018. The debut of 16 students of the studio took place in December 2018 in the New Year's performance "The Magic Wand". Todua noted that the studio's graduates remain in the reserve of the Abkhazian Drama Theatre and will, if necessary, be involved in its performances.

The casting for the new recruitment will last until 28 August. Classes will be held twice a week, and training is free.