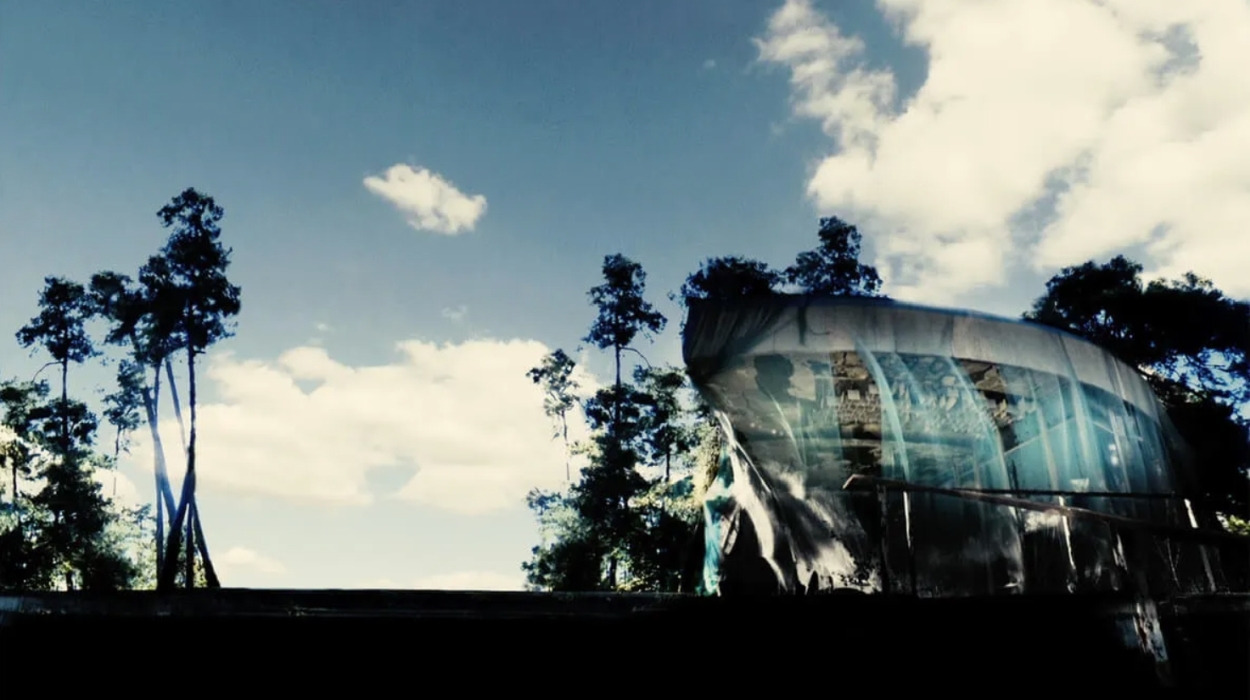 In Istanbul, at the Depo Gallery, an exhibition opened with the participation of the Abkhaz cultural platform SKLAD. It got its name from a video installation by British artist Sam Jury "This you must remember", about the memories of the residents of Sukhum about the first day of the war. Asida Butba, curator of SKLAD, told us about this exhibition and why it may be of interest for Istanbul residents.

- Asida, could you tell us about the Depo Gallery in Istanbul?

Yes, we had an exhibition at the Depo Gallery in Istanbul. This is a very good independent gallery which deals mainly with research, documentary, social, political projects, this is their focus, and as far as I know it has existed for quite a long time, more than ten years. Its funder (founder) is Osman Kavala, who is now in prison on Erdogan's charges, a case similar to politically motivated persecution, which are also popular in Russia. This gallery is in the center of Istanbul, it has three floors and very active exhibition programs, but no excess, let's say, meaning they usually don't have money for production, and absolutely wonderful staff that we worked with.

- What was the idea behind the exhibition? How was it possible to open it in Istanbul?

The idea for the exhibition probably came from Sam Jury, a British artist we met in 2017. She came to SKLAD's residency twice, and SKLAD is the co-producer of a film she made about the memory of the first day of the war. The residency we invited her to was about archives that were destroyed in 1992, and the basis of that residency was to allow artists to think about what might be an alternative form of archive. She began to develop the theme of the archive as a bodily memory of people who have suffered trauma. Thus, this project came into being. And when she finished working on the film, which took her over two years, we began to think about where to show it, what might be the best exhibition form for it. And so with Sam's prompting, I had this whole new curatorial practice. I actually cold-wrote to galleries for whom this would, judging by their program, be an appropriate kind of thing, and Depo quickly enough accepted our application for collaboration. And by the way, KCB was the first to answer me, this is a municipal gallery in Belgrade. And we will have the same exhibition there in just two weeks.

- Asida, what does a viewer see when they come to a show at the Depo Gallery?

The version of the exhibition we had for Depo is an exhibition of two artists, Sam Jury (Britain) and Anton Ochirov (Abkhazia, SKLAD). Sam Jury presents there his video works, it is documentary shooting on monitors, very big projections of triptych with the film This You Must Remember and also a big projection with the sea. And Anton Ochirov presented his works on four stands, these are texts on the surface of backlit glass and his texts on the walls. For me, as a curator, it was interesting that there is such a visual approach with such a harrowing immersion, with the sense of anxiety that is central to Sam's work. On the other hand, Anton gave this an important textual element. That is, on the one hand, the context, and, on the other hand, Anton's poetry was a kind of element of digital empathy, of how different points of the world are felt in Abkhazia, accessible through digital reality, through what we read the news and empathize with. He selected ten poems for this exhibition, he wrote some specifically for it, but in general they are sort of poems about different geographical locations, the material for which were used digital and news sources or oral histories from Abkhazia. The geography of these poems extends from Kabul to Ramala and from Mariupol to Gudauta.

It is difficult for me to say how the exhibition was received, because I have a certain filter which consists of the people who came up to me and said how interesting it was for them, how close it was to them and how they discovered not only a new geographic region, but also something new about the world in general and about the conflict, probably. And, among other things, I have received very good reviews from other curators, artists, scholars, on the whole, it seems to me that the exhibition has hit a good audience, so to speak. Depo has a very high quality audience.

- And what was this exhibition of interest to people in Istanbul?

It's hard for me to say here too, I can tell you why we decided to write to Depo. My logic and Sam's logic was related to the fact that in Istanbul there is a huge community of people from the Caucasus. On the one hand, it's such a hidden narrative in Turkey, it's sort of a minority that has a very important and interesting history, that hasn't really assimilated into Turkish society since the migration experience in the mid-19th century. We had a very interesting conversation about this with a scholar-historian of Circassian origin who came to the exhibition, I hope we will collaborate with him again. On the other hand, in Turkey there is, for example, the Kurdish problem, there is the history of the people who want to get out from under the pressure of, for example, Turkish, there is Turkish assimilation, in general, many topics related to the Turkish Empire, with which our exhibition can resonate. And also the topic of conflict, trauma, these are all topics that are not directly, but somehow related to Turkey. And in exactly the same way, we looked for other geographical locations in which we would like to show this project.

- What is the future of this exhibition, do you have any plans? How long will it be open in Istanbul?

The future of this exhibition is that we want to find more locations to show it. And that's what we will be working on. Our next gallery is KCB in Belgrade where the exhibition will open very soon. For 2023, I think we will also find other places where it can be shown. In Istanbul it is open until mid-January.

This You Must Remember explores notions of suspended trauma and the slow violence of prolonged aftermath in post conflict Abkhazia, a de facto state in stasis since the Georgian-Abkhaz war (92/3). The external image of Abkhazia is most often reflected through the ruins and detritus of war that scar its cities and landscape. 08/11/2022 @ 18:00 - 07/01/2023 @ 18:00