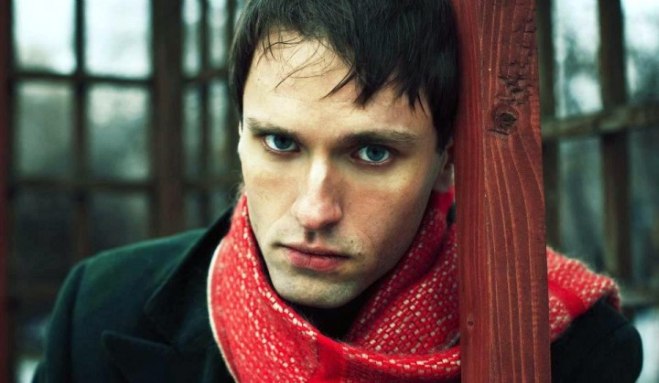 The phenomenal organist from the Republic of Abkhazia Luka Gadeliya gave two solo concerts in two leading Universities of Great Britain – Cambridge (on November the 6th) and Oxford (on November the 7th).

Today Luka Gadeliya – is a cultural brand of the Republic of Abkhazia. He is a young and talented musician, Lauriat of a number of international contests. He works as an organ player at the legendary Pitsunda Cathedral erected in the 10th century in honor of the St. Andrew the Apostle.

The organ in the Pitsunda Cathedral was created in 1975 by one of the masters of the German classical organ making art Hans-Joachim Schuke. This artifact is justly considered the gem of the Abkhazian culture. The modern Pitsunda is a famous Black Sea resort situated on the site of the ancient town Pitiunt (IV century B.C.) which was part of ancient Colchis which later became the center of one of the first Christian communities in the Caucasus. This place described by the ancient Greek historian Herodotus is associated with the legend about the Golden Fleece.

The organist for the first time in history presented the Abkhazian culture in Great Britain and ethnic music based on the themes of Abkhazian songs and national anthems personally arranged by Luka Gadeliya for the «king of the musical instruments».

The concert was held in the Cambridge University Church of Great St. Mary famous for its musical traditions. This church provides wonderful facilities for performing organ music- two pipe organs which have a very specific sound quality. These organs enabled the players to expose a wide range of various sounds of music of different ages.

The concert at the University of Oxford was organized at the Chapel of The Queen’s College being one of the main sights of Oxford. The organ manufactured by the Frobenius Company was set up in this Church in 1965 and the temple is famous for the most outstanding choir at the Oxford University.

«I feel deeply honored to be able to perform in the oldest and the most prestigious Universities of Great Britain such as University of Oxford and Cambridge which are among the top 10 world Universities. It is at these Universities where knowledge is obtained by those individuals who are to determine the identity of our civilization tomorrow. I really want high arts and classical music to evoke good will of the among nations. I want classical music, being the most universal and international language to help the nations meet and reach understanding between common people. I believe that organ music makes people happier as it helps to open up their hearts, let the light and love in their souls and achieve harmony», – said Luka Gadeliya on the eve of his upcoming visit.

The concert tour of Luka Gadeliya in Great Britain happened due to the charitable support of the Ministry Culture of the Abkhazian Republic organizational support of Tatyana and Mark White.

This person has a real dramatic life history. Luka Gadeliya was born in 1985 in Leningrad (now St. Petersburg, Russia) but he spent his childhood and early days in the Republic of Abkhazia where he turned out in the epicenter of military hostilities at the age of 6. He was living at that time in the city of Tkuarchal situated on the border line between Georgia and Abkhazia. The city was occupied by the warring Georgian troops during the ethnic conflict following the collapse of the Soviet Union. He was raised by his grandmother without his parents.

He got his academic degree in music with the The Gnesins Russian Academy of Music as an organ player. He attended master classes of the leading organists such as: Olivier Latry (France), Guy Bovet, Ludger Lohmann (Germany), Christopher Stembridge (United Kingdom), Wolfgang Zerer, Juergen Essl, Hans-Ola Ericsson (Sweden), Narine Simonyan, Cameron Carpenter, Ben van Oosten, etc. In 2008 he did his internship at the summer academy of organ performance in Harlem (the Netherlands).

Since 2006 he is a soloist organ player at the Pitsunda Cathedral auditorium.

Since 2011 – post graduate student with the renowned Moscow State Conservatory named for P. I. Tchaikovsky.

He is performing around Russia (Moscow, Volgograd, Kirov, Sochi, St. Petersburg, etc.), Ukraine (Kiev, Kharkov), Latvia, and Kazakhstan. Since 2010 he has been a participant of the joint project conducted by the Russian Agency of Culture and Abkhazia under the title» Cultural Season» Russia- Abkhazia).