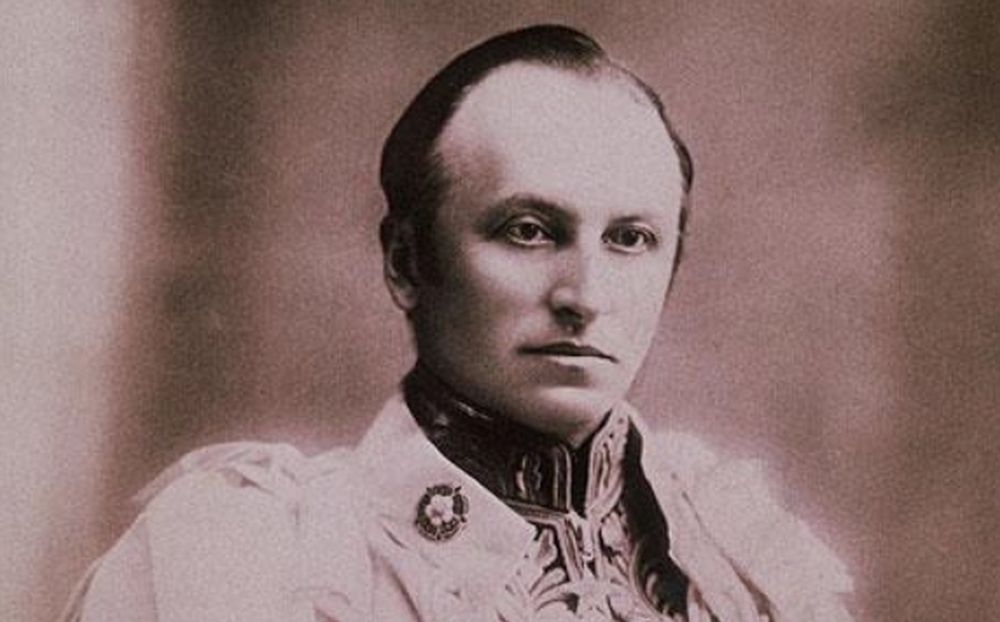 “The population of Abkhasia and Transcaucasia is wonderfully mixed. On a territory of 7.5 thousand square versts live Abkhasians, Russians, Mingrelians, Armenians, Turks, Greeks, Estonians, etc, who have mixed in a queer way. Despite that mixture of nations, there is a nation in Abkhasia that may and must be considered as the owners of the land, That nation is the Abkhasian one. No matter how far we peep into history, we shall always meet on the Abkhasian territory, the Aborigines of the land of the Abkhasians. Other nations come later, after intervals of centuries, and, without a doubt, are newcomers for the Abkhasians.”

"The Abkhasian language is not only incomprehensible to the contemporary Georgian, but even the long past days had no common root with the Kartvelian languages. Whereas there are Cherkesses inhabiting North Caucasus (Abadzines) whose language is similar to the Abkhasian one."

"As to numbers we can see for ourselves that all the population of Abkhasia amounts to 209 and one fifth of a thousand men; 103 thousands of then are Abkhasians (49%), 57 thousand are Georgians (24%), 25 thousand Russians (12%), 20 thousand Armenians (10%), the remaining the 5% are other Asiatic and European small tribes. Thus, one can see that the Abkhasians are the most important tribe of the region, whereas Georgians do not amount to one quarter of the population." 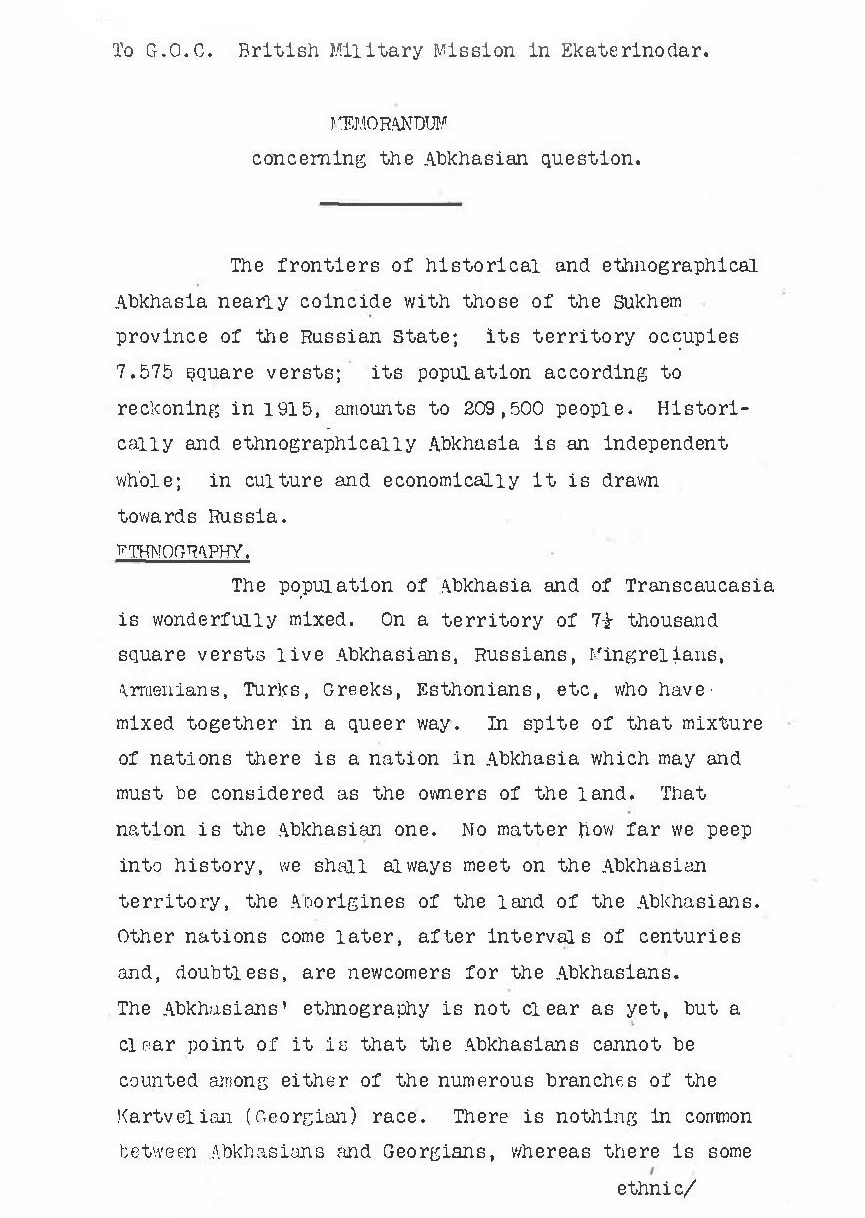 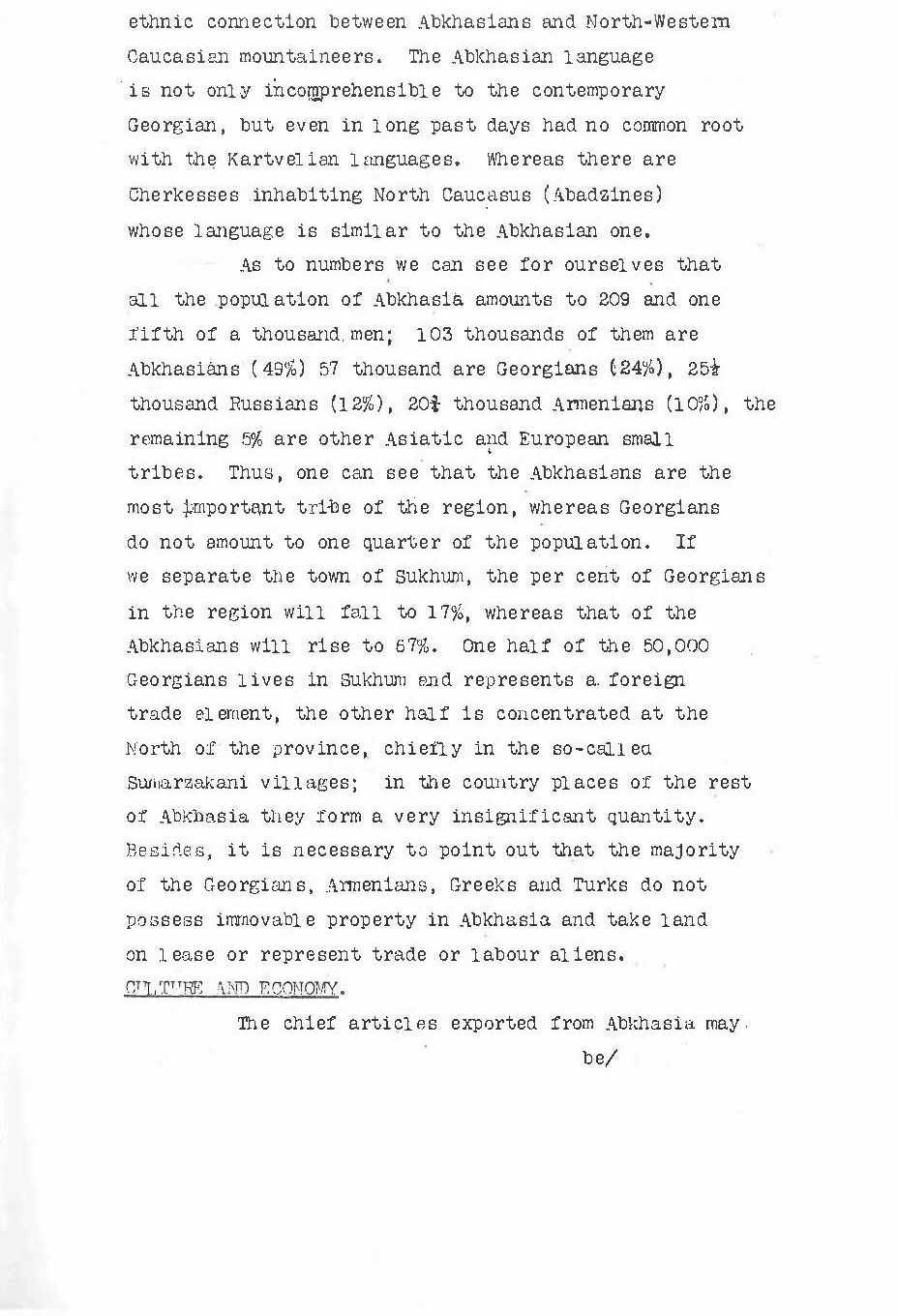