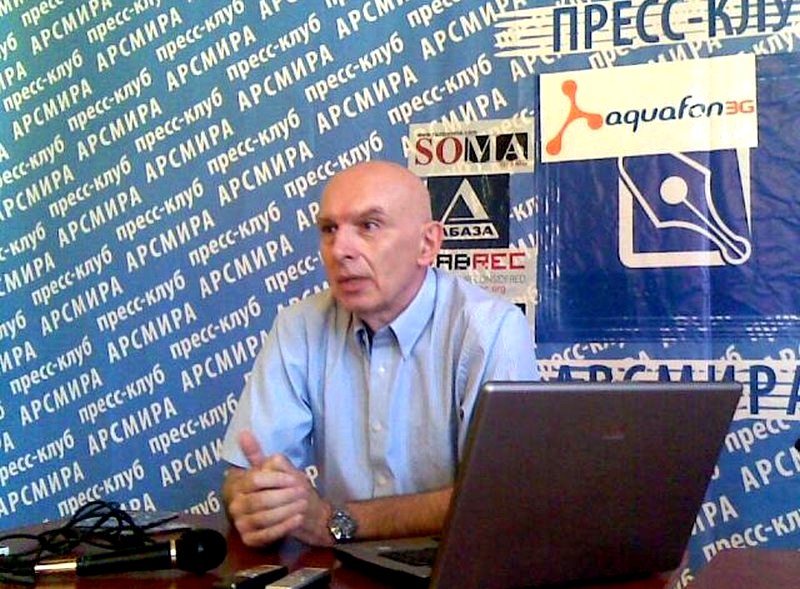 Historians have been unsuccessfully arguing about the history of Abkhazia for many years. Disagreement in various facts promoted establishment of incorrect stereotypes and opinions both in Georgian and Abkhaz societies. Part of experts thinks that disagreement and controversy about historical facts was one of the reasons for the Georgian-Abkhaz conflict.

What is difference between “Apsua” and “Abkhaz”? Do the words “Sea” and “Boat” exist in Abkhaz language? Doctor of historical science, Professor Gia Anchabadze discussed these and many other interesting issues with us.

-It is interesting why Georgian and Abkhaz historians could not agree? One of the disputable questions is the origin of Abkhaz people.

-First of all, I cannot say that Georgian and Abkhaz scientists have strictly different arguments about the origin of Abkhaz people. Many famous Georgian scientists think that Abkhaz people are ancient inhabitants of the eastern Black Sea Coast. Several scientists (Ivane Javakhishvili, Simon Janashia, Arnold Chikobava and others) even assumed that Abkhaz-Cherkez (Circassian) tribes lived on the territory of the West Georgia before Georgian tribes arrived there; that means they are more ancient aborigines of our territory than we are. This assumption was widely-spread before 1989 when Georgian-Abkhaz conflict turned into a serious tension.

The allegation, which is widely spread in the modern Georgian (mostly in popular) literature, as if Abkhaz nation came from the North Caucasus in the XVII-XVIII centuries, is beyond all criticism. According to ancient sources, Abkhaz tribes lived in the territory of Abkhazia from the 1st Century. However, we can also assume that they lived in the territory even earlier. Georgian science was convinced for a long time that several thousand years ago Abkhaz-Cherkez tribes occupied the territories of the current Western Georgia till Guria-Adjara regions and in the south too. Historical sources do not provide any information about the resettlement of a significant part of people from the North Caucasus in the territory of Abkhazia. However, a lot of documents are preserved which demonstrate that population resettled to the North Caucasus from Abkhazia. Abaza people are descendents of Abkhaz people who resettled to the North Caucasus in the late medieval centuries. Besides that, part of Cherkez tribes thinks that their origin is in Abkhazia and they come from the Black Sea Coast. Not only oral folklore, topography, language and ethnographic materials but sources also prove resettlement of Abkhaz people to the North Caucasus. More precisely, famous authors of the XVII-XIX centuries Evliya Çelebi, Ksaverio Glavan, Karl Paysonnel , Johann Güldenstädt, Jacob Rainegs, Peter Palace, Yan Pototsky, etc wrote about it in their works directly.  Based on the abovementioned sources, the origin of Abaz nation from Abkhaz territory was proved long before in the Caucasology. As a result of spread of Abkhaz tribes in the North Caucasus, both slopes of the Western Caucasus Range (North and South) were inhabited by Abkhaz people. So, foreign sources of the XVIII Century call Great Abkhazia to the current Abkhazia but they call Small Abkhazia to the upper part of the River Kubani.

-What is the difference between “Apsua” and “Abkhaz”?

-“Apsua” is the self-name of Abkhaz people; that is auto-ethnonym; but “Abkhaz” is their mostly spread Alo-ethnonym – that is their name called by other nations. Like, “Kartveli” is our auto-ethnonym and terms – “gurji,” “gruzin,” “vrats”, Georgian, etc – are our alo-ethnonyms. So, Apsua and Abkhaz are not names of different nations; the former is the name of Abkhaz nation in their native language and the second is their name in Georgian language which was later used in other languages too.

-When did Abkhaz language appear in historical sources and when first Abkhaz alphabet appeared?

-The first recording about Abkhaz language is the document in Georgian historical source “Kartlis Tskhovreba” (Life of Kartli) where Queen Tamar gave her son and heir Giorgi second name – Lasha “that meant enlightener in Apsar language.” Term Lasha (alasha) means light ray in Abkhaz language; as for ethnonym “Apsar”, it comes from the self-name of Abkhaz people – “Apsua.” Apparently, the chronicler used this ethnonym in order to indicate to one of Abkhaz languages in which “Lasha” meant ray. The point is that in XII-XIII “Abkhaz” had three meanings: 1. Abkhaz people; 2. population of the western Georgia (including ethnic Abkhaz people) and 3. population of entire Georgia. It demonstrated the tribute of Abkhaz nation in the reintegration of the Georgian territory.

The works of later historians provide direct notifications about the existence of separate Abkhaz language. The story of the famous Turkish traveler Evliya Çelebi is very important in this direction, who traveled along Abkhaz coast in 1641 and made very interesting recordings about “Extraordinary and Amusing Abaza Language” (Turkish name of Abkhaz is “Abaza”). He introduced various Abkhaz words (recorded in Turkish-Osmal alphabet) and corresponding translation of entire sentences. There is no doubt about validity of this information which describes the Abkhaz language.

The fact that first examples of Abkhaz language are dated by XII or let’s say by XVII centuries, does not mean that previous population of Abkhazia did not speak in Abkhaz language. The first samples of Georgian alphabet are dated by the V Century; the samples of other relative languages of Georgian language (Megrelian, Chanuri and Svanuri) are dated by XVII-XVIII centuries but it does not mean that people did not speak in those languages/dialects before. Just the opposite, reportedly, Svanuri is older than Georgian language.

The question - when Abkhaz alphabet originated - is very disputable. Several Russian and Abkhaz scientists assume that Abkhaz alphabet existed in the ancient time too. Most scientists do not agree with the assumption. They think first manuscripts in Abkhaz language appeared in the second half of XIX Century. I agree with that opinion. The evidence provided by the scientists supporting the assumption about ancient origin of Abkhaz language is not enough to prove their allegations. Despite that, late appearance of written samples of any language is not strange at all. There are more than 50 aborigine tribes in the Caucasus. However, there are more spoken languages in the region and only Georgian and Armenian languages have their ancient alphabets.

Our society thinks that Abkhaz language does not have words – “sea” and “boat.” People assume that Abkhaz people settled on the seashore short time ago since they did not know corresponding words. I do not know who created this false “argument” but simple logic dictates to us that people, who have lived on the seashore at least for several years, will have word “sea” in its language. As for Abkhaz people, they have been living on the seashore from the ancient time and their language is rich with corresponding terms. Like other inhabitants of the seashore, Abkhaz people ran sea-industry and piracy. They sailed long distances. Dutch scientist Nikolas Witsen wrote about Abkhaz pirates in 1692 who sometimes blocked the sailing of ships between Kapa (Crimea) and Constantinople. Vakhushti Batonishvili (XVIII) also wrote that Abkhaz people were “strong and powerful in the sea.” There are a lot of similar documents in the history. In parallel to the sailing, Abkhaz people ran shipbuilding too which existed before the second half of the XIX century. Abkhaz ships placed about 100 men and were equipped with small cannons. However, they could build bigger ships too. There is a document that in 1802 the ruler of Abkhazia Kelesh-Beg gifted a ship with 60 cannons to Osmal Sultan which was built in his country.

-What language did Abkhaz rulers speak?

There are no documents which could prove which language Abkhaz rulers spoke. But we should assume that their native language was Abkhaz language. Besides that, in different periods of time Abkhaz rulers and feudal lords knew Greek, Georgian, Turkish-Osmal languages too. Since XIX they spoke Russian language too. The knowledge of Georgian language was widely spread since VIII-IX centuries. According to Vakhushti Batonishvili, Abkhaz people “had their own language but Abkhaz lords know Georgian language too.”  Feudal Abkhazia is more widely described in the historical sources of the XIX century. At that time, Abkhaz lords and noblemen knew Russian language besides Georgian and Turkish ones. More precisely, their correspondence was done in these languages. Abkhazian was their native language. It is not accidental that the son of the last ruler of Abkhazia Giorgi Sharvashidze (1846-1918) – a famous poet and public figure and a great patriot of Georgia - perfectly knew Abkhaz language. According to modern historians, nobody spoke such a fluent and correct Abkhaz language as he did.