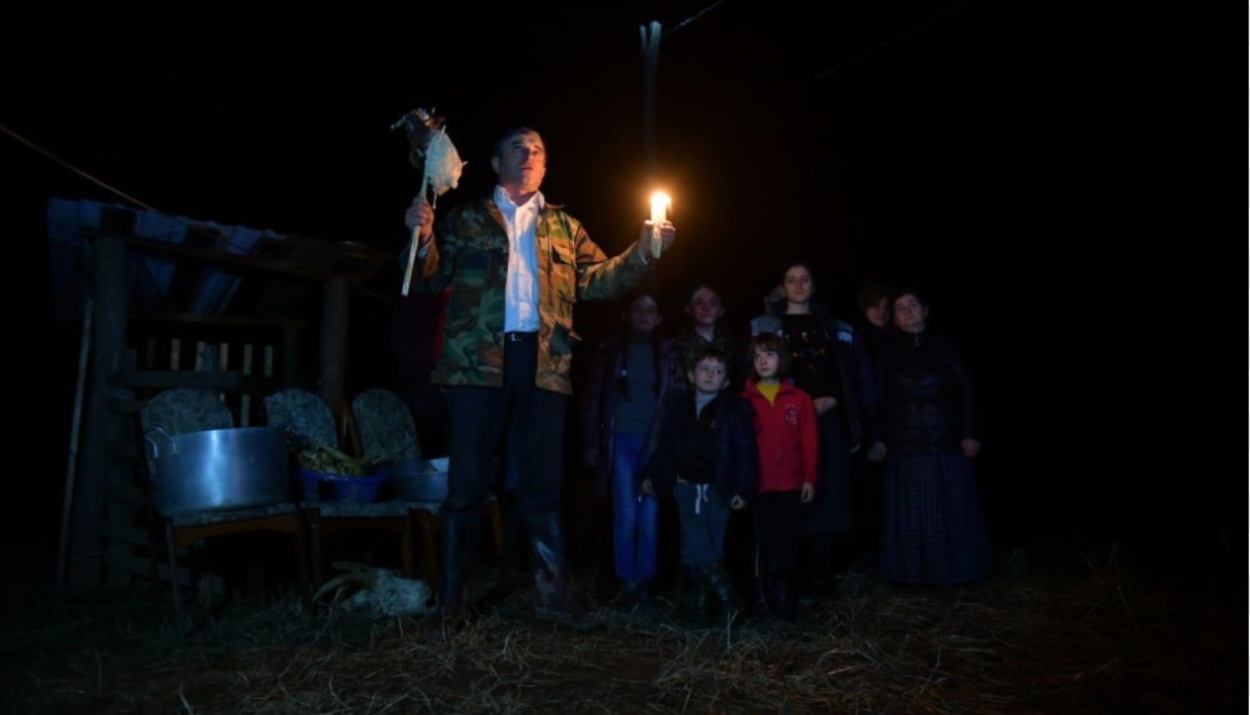 Today is a day off in Abkhazia - ethnic Abkhazians continue to celebrate their most important holiday Azhyrnyhwa — well, everyone else is taking a break after the New Year according to the old Julian calendar. How these days were spent in the village of Khwap by representatives of the Khashig clan was related by our resident Abkhazian author Inal Khashig.

Demis Polandov: Inal, today a non-working holiday in Abkhazia. I think it is a unique situation that the old New Year is celebrated as a non-working day, or a holiday. What is this old tradition of celebrating the New Year, and how, in general, is it celebrated in Abkhazia?

Inal: I'm not entirely sure that it is connected with the old New Year. It just so happens that one of the most respected and beloved holidays of the Abkhazians, Azhyrnyhwa, exactly coincides with the old calendar New Year. Therefore, everything comes together, and the concept of the holiday itself is associated with the old New Year. Nevertheless, this is really only an Abkhazian holiday because its perception even in rural areas is much more important than, say, the normal New Year's celebration. In Abkhazian villages there are still many people who think that the main holiday is in any case not the New Year but precisely Azhyrnyhwa. This is the most important Abkhazian festival of the year.

Demis Polandov: Inal, so what exactly is its meaning? This is, after all, the beginning of the new year, isn’t it?

Inal: It's not just the start of the new year in the normal calendar-reckoning. It's the middle of winter, the beginning of the anticipation of spring, of new life, etc. Here very many things are intertwined, and, by the way, ethnographers themselves also do not agree on what, in fact, the specificity of this holiday might be. The ritual of its observation is not entirely uniform. It happens that in one and the same village it is celebrated in different ways.

For example, in our family, at grandfather's house in the village Khwap, we celebrate as follows: the whole family gathers, and this is, by Abkhazian calculation, 40 people, i.e. people who have links with this clan. The men slaughter a sacrificial bull or goat and at dusk go with cooked meats and pies to the sacred forge, and there the ceremony of this festival is performed. On his return, the head of the family with a sacrificial rooster blesses every female of the house. There too a special ritual is observed. In other families, it is different. Let’s suppose, for each man a cockeral is slaughtered, limiting ourselves to this. There are many different options, but all are agreed on one thing — it's a really very fine and wonderful festival. The very next day, the 14th, everybody visits neighbours, friends, acquaintances, congratulating one another.

Demis Polandov: Inal, exactly what words are uttered in the forge, what is spoken about?

Inal: In the forge, the elder usually makes an appeal to God, the Almighty. He holds in his left hand a wooden stick with meat, pies, etc. threaded on it, and, appealing to God, he asks for his family, for his people, and in general for all the world prosperity and a quiet, peaceful time. In addition, he promises that he, as head of the family, takes responsibility for his family, and promises not to offer offence. There are many important things usually spoken of there, and everyone who respects this festival and all the rituals tries to comply with the prayers addressed by the elder of the clan to God, and everyone wants to spend the year in this way. In his right hand the elder holds a glass of wine, and, after making his appeal to God, all the men of the clan take a sip of this glass of wine, sarting from the elders and ending with the youngest member of the clan. Such, then, is the tradition that exists, at least in our family.

This interview was published by Ekho Kavkaza on January 14th, 2013 and is translated from Russian.