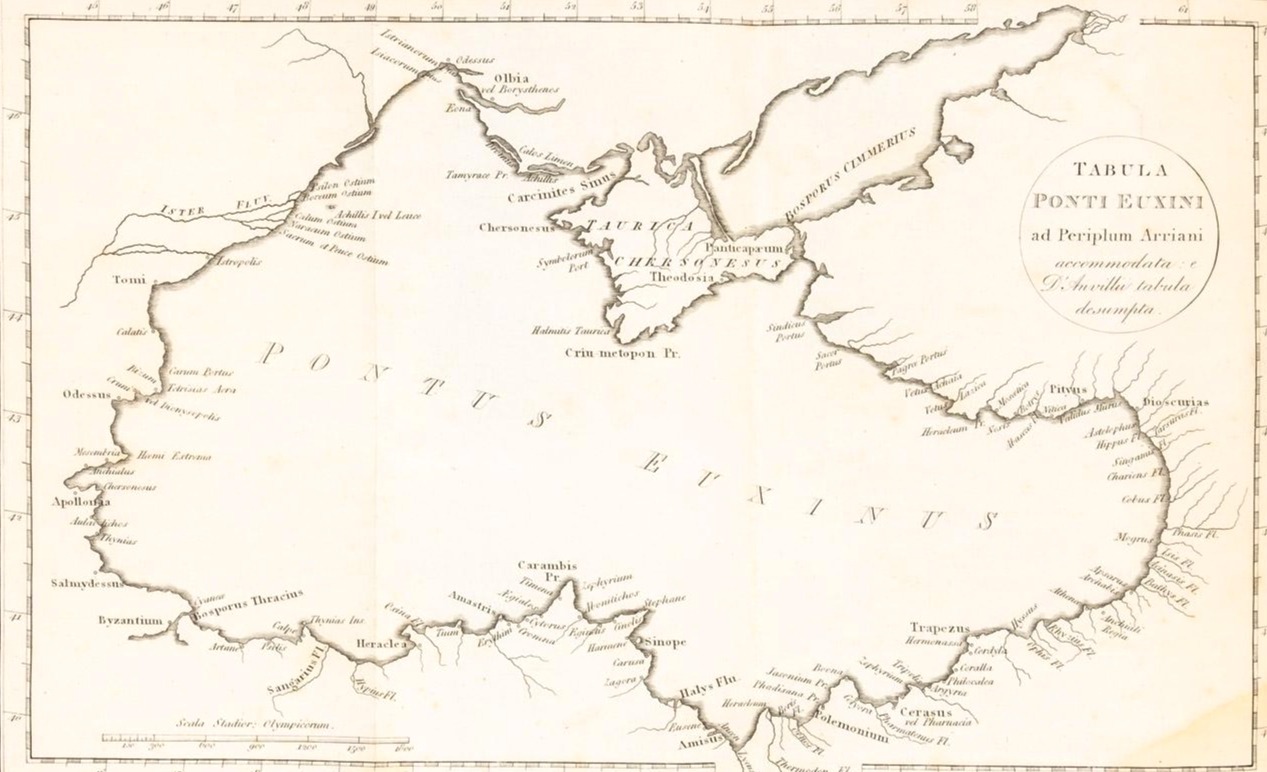 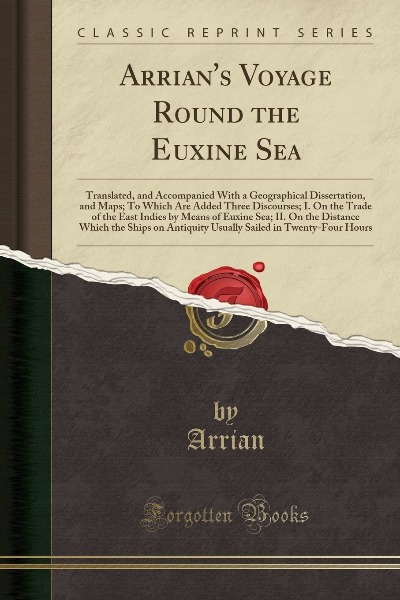 Arrian's Voyage round the Euxine Sea translated; and accompanied with a geographical dissertation, and maps. To which are added three discourses, I. On the trade to the East Indies by means of the Euxine Sea. II. On the distance which ships of antiquity usually sailed in twenty-four hours. III. On the measure of the Olympic Stadium.

Also known as The Periplus of the Euxine Sea A periplus or guidebook to the cities, harbors, and geographic features on the shores of the Black Sea taking the form of a letter in the Koine Greek language to the Roman Emperor Hadrian from Arrian of Nicomedia, an ethnically Greek historian and governor of the Roman province of Cappadocia in the 2nd century CE.

This translation was made by the British historian William Falconer in 1805 and despite its archaic language and typography was identified as the best translation of this work by Frank Seymour Smith in his 1968 The Classics in Translation: An Annotated Guide to the Best Translations of the Greek and Latin Classics Into English, ISBN 0833732951.

The full book in PDF can be downloaded by clicking here (17.8 MB)