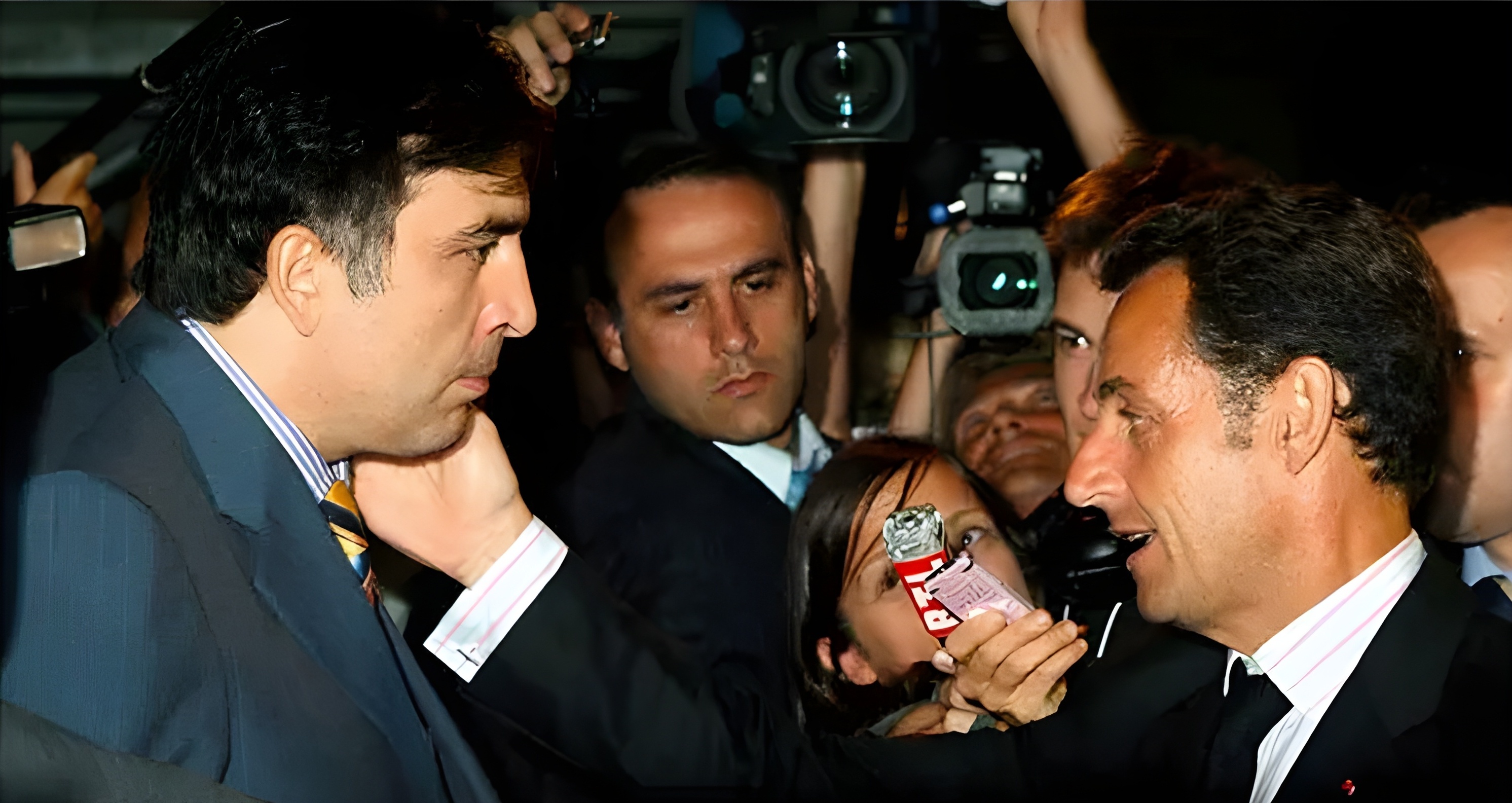 Mikheil Saakashvili of Georgia, left, with President Nicolas Sarkozy of France after talks in Tbilisi.

The history of independent Georgia must appear to distant observers as an improbable melodrama: a spectacle of larger-than-life characters, explosive passion, revolutions, wars, and the destruction of the state. Mass resistance to Soviet rule in the late 1980s led to vicious repression in April 1989, the rise of a charismatic but unstable leader, Zviad Gamsakhurdia, independence when the USSR collapsed, civil and ethnic war, a coup d'état, the invitation to the former Communist chief, Eduard Shevardnadze to return to Tbilisi – and this was only Act I. The next decade was marked first by the consolidation of state power, although only in part of the country – Abkhazia, South Ossetia and Achara remained independent of Tbilisi – and later the erosion of the promised democracy, economic hardship, and rampant corruption and criminality. Act III began with a revolution of roses, the bold entrance of a tall, confident reformer, Mikheil Saakashvili, new promises of democracy and the rule of law – this time many of them fulfilled . . . for a time.

The play is not over, and it is not yet clear if this is the last act for Georgia’s third president. His years in power took the shape of an arc – rising in the first three years and then steadily declining in the last few. From his election in January 2004 through to 2006, Misha, as everyone calls him, was extraordinarily popular. He fired the traffic police and ended the ubiquitous practice of bribe-taking. The ‘thieves-in-law’ connected to past governors were arrested and forced to pay, literally, for their crimes. Achara was brought back under Tbilisi’s control. However, in place of the semi-anarchy of the Shevardnadze years, the new regime concentrated power in the presidency, emasculating parliament and the independent media. Building the state took precedence over establishing democracy. Corrosive nationalism, always available for exploitation in Georgia, was deployed ever more frequently as the president failed to achieve his goal of reintegrating South Ossetia and Abkhazia into Georgia. Even the minority nationalities within Georgia proper – the Armenians of Javakheti and the Azerbaijanis of Kvemo Kartli – were either neglected or subjected to Georgianization. Relations with Russia worsened. Confrontation instead of negotiation with the great neighbor to the north went along with closer affiliation with Europe and the United States.

The Georgian government wagered on the West, believing that membership in NATO and a close relationship with the neo-conservatives of the George W. Bush administration was a winning hand in its conflicts with Russia, Abkhazia and South Ossetia. Georgia’s internal wars became a factor in the global struggle between a rising regional hegemon, Putin’s Russia, and the global ambitions of the Americans. Ever a gambler, Misha risked everything on 7 August 2008, when he launched a massive rocket and artillery barrage against Tskhinvali. Putin and Bush were in Beijing at the Olympics; Medvedev was cruising on the Volga; perhaps his American-trained army could take South Ossetia before the locals or the Russians could effectively resist. He seriously miscalculated. The war was lost; the army disintegrated; and Russia soon recognized Abkhazia and South Ossetia as independent states. The dream of integration, of NATO, of Georgia in Europe was gone.