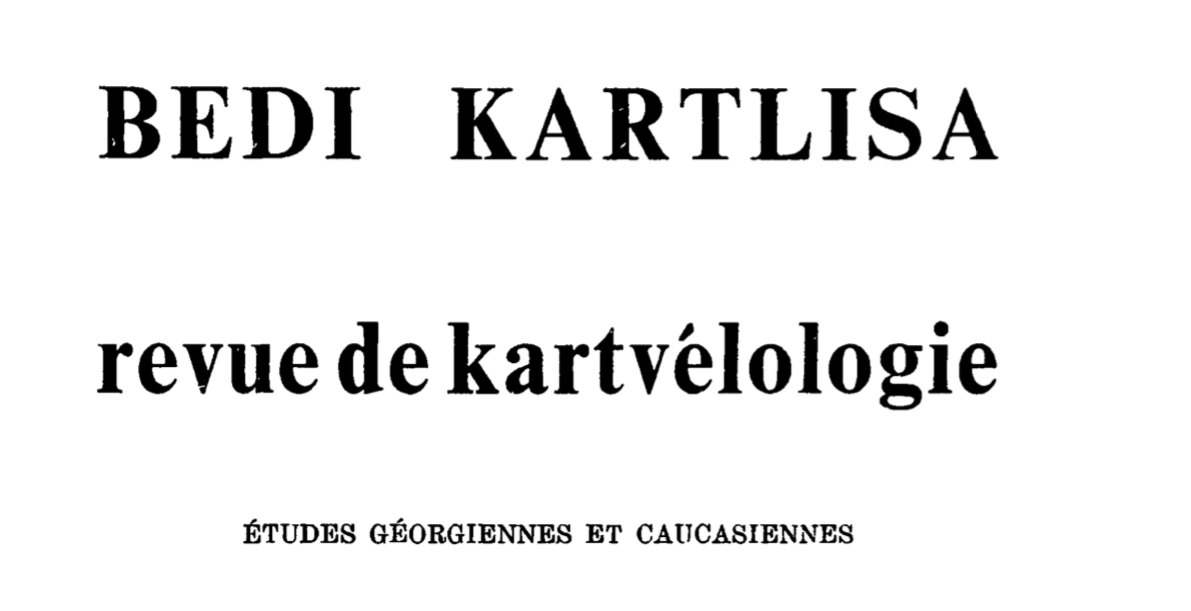 In this paper we present for comparison the kinship-lexicon of three languages. Georgian and Mingrelian are closely related South Caucasian (Kartvel) languages spoken in the Trans-Caucasian republic of Soviet Georgia. Abkhaz is also spoken in Soviet Georgia but only in the north-western region (apart from a few villages near Batumi), which is known as the Abkhaz Autonomous Republic. However, it belongs to a different language-family, known as North West Caucasian/ Although the majority of the Abkhaz terms given below maybe found in Benet (1974: 54ff.), the transcription there employed is too inexact for linguistic purposes. It was, therefore, deemed advantageous to make the Abkhaz material available once again to the English reader.

The full article in PDF can be downloaded by clicking here (3.8 MB)

Bedi Kartlisa. Revue de Kartvélologie was an international academic journal specializing in the language, literature, history and art of Georgia (Kartvelology) published from 1948 to 1984.