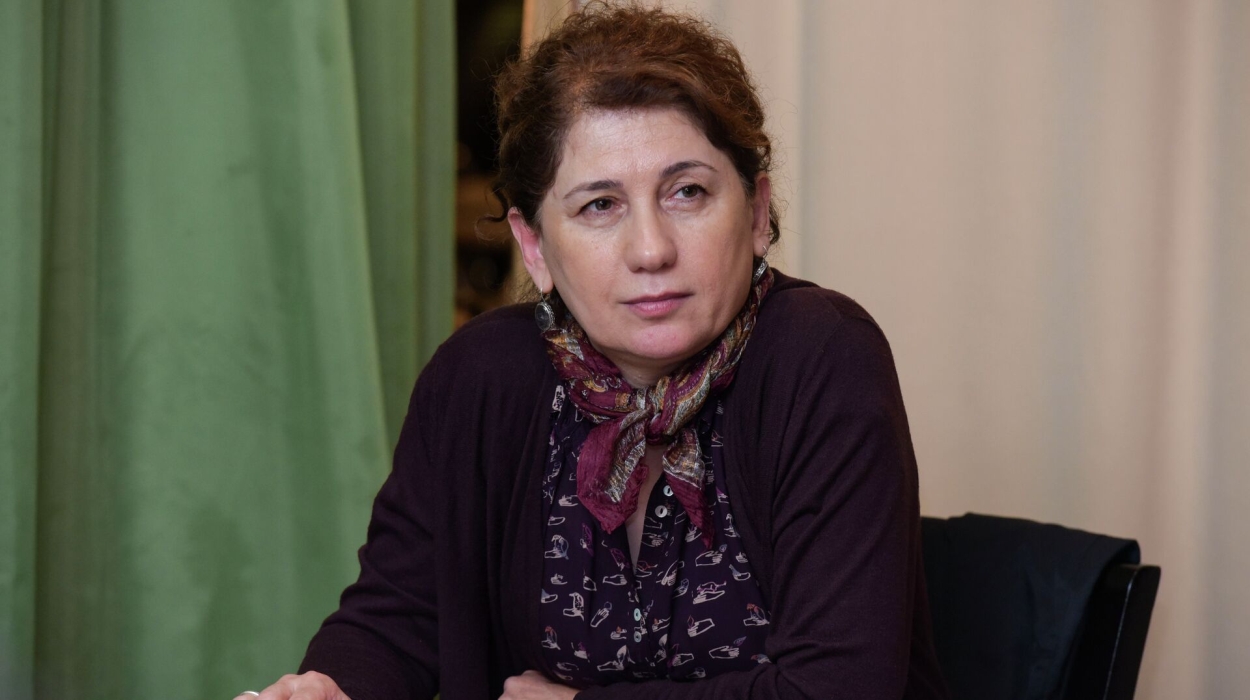 Liana Kvarchelia, Deputy Director of The Center for Humanitarian Programs in Sukhum.

The European Union has decided to invalidate the passports of the Russian Federation issued in Abkhazia. This decision and the reaction of the Abkhazian Foreign Ministry to it is commented on by Liana Kvarchelia, member of the board of directors of the oldest Abkhazian non-governmental organisation The Centre for Humanitarian Programmes, for Ekho Kavkaza.

Recently we became aware of the decision of the European Union not to accept foreign passports of the Russian Federation issued in Abkhazia for the purpose of obtaining visas. In this regard, the Press Centre of the Abkhazian Foreign Ministry circulated a statement by the Minister of Foreign Affairs of Abkhazia, Inal Ardzinba, who, in his usual rough and undiplomatic manner, commented on this decision, saying, in particular, the following:

“The European Union does not like the relations of alliance between the Republic of Abkhazia and the Russian Federation, and they are trying in every possible way to change this historically established state of affairs. Talks at the official level about the possibility of taking such decisions, in principle, once again prove the true goal of the European Union's policy towards the Republic of Abkhazia. This policy is to isolate our people, drive us into a corner and by diktat to impose their will on us."

Inal Ardzinba noted that “about 80%, that is, the vast majority of programmes and projects that are currently being implemented on the territory of the Republic of Abkhazia – meaning thereby projects of international organisations and international NGOs – are funded precisely from the European Union through various official and unofficial structures".

The decision of the European Union and the position of the Minister of Foreign Affairs, Inal Ardzinba, occasioned comment by a member of the board of directors of The Centre for Humanitarian Programmes, Liana Kvarchelia.

The European countries are encouraging the aggressor state, viz. Georgia, while they are punishing the victim of Georgian aggression.

“The decision of the ambassadors of European states regarding the non-recognition of Russian passports for residents of Abkhazia does naturally cause indignation among all residents of Abkhazia, among all our citizens. But I would like to draw attention to the fact that the press-release of the Council of Europe states that "this decision is a response to unprovoked and unjustified aggression by Russia against Ukraine". But then – excuse me, if you please – the Abkhazian people were themselves the victims of just such unprovoked and unjustified aggression, albeit on the part of Georgia. It turns out that in our case, the European countries are encouraging the aggressor state, viz. Georgia, while they are punishing the victim of Georgian aggression. And it is by restricting our right to free movement, to access to medicine, to education within the EU that they are punishing us. Here our youth will not have such an opportunity, people in need of medical services will not be able to enter the EU for treatment. Of course, it is clear that in this case, as far as the countries of the European Union are concerned, geopolitical considerations are unfortunately more important than a neutral stance, which could make the position of the European Union much stronger.”

Liana Kvarchelia believes that in this case Abkhazia is being punished for its relationship of alliance with Russia, but it does not take into account that Abkhazia has no other guarantor of security:

“But not only is there an absence here of such a neutral stance, there is not even what lies at the root of the foundations of democracy, to wit the principle of respect for human rights and freedoms. Of course, it is clear that in fact we are being punished for our relations of alliance with Russia. Again, however, Russia is our sole guarantor of security. So are there, then, any other guarantors? Well, the European Union itself is in no position to be such a guarantor of security, specifically as a party with a neutral stance. Supporting, as it does, the territorial integrity of Georgia, supporting Georgia's claims to the territory of Abkhazia, it cannot be a guarantor of security. Moreover, over the long years of negotiations, the Europeans have failed even to convince the Georgian side of the need to sign an agreement on the non-use of force with Abkhazia, which failure also occurred at the last round of the Geneva talks. From year to year, the Georgian side states its disagreement, and no-one can do anything about this."

She noted that negative attitudes towards representatives of international organisations have recently increased sharply in Abkhazia and that no efforts are being made to build a constructive dialogue with the West:

“It is clear that today the international context is very complicated, and, of course, one might have expected something like this decision from the ambassadors of the EU countries. But still, it seems to me that such a decision was not absolutely inevitable. It seems to me that Abkhazia also fails to use many opportunities to build a dialogue with the EU countries and the outside-world and also does very little to make its arguments heard. Up until now, somehow such a dialogue was, at the very least, being constructed. But, if one looks at what is happening today, then we are seeing the kind of statements one could best describe as ultimatums, revealing a deliberately disrespectful attitude towards representatives of international organisations in Abkhazia. All this, of course, is interpreted by the international community as a desire to be rid of the international presence and finally to slam the door on the outside-world – such is indeed how this is understood, and in no wise differently."

Liana Kvarchelia is sure that such a policy is harming the goals enshrined in the Constitution of Abkhazia and is contributing nothing to the building of a democratic and economically developed state:

“It seems to me that after all we need to be sending slightly different messages to the outside-world. We surely haven't abandoned the idea of international recognition, have we?! It is clear that this is not a matter for today, perhaps not even for tomorrow ... For after all, our goal is to preserve our independence and build a developed democratic and economically prosperous society. The situation is complicated, which must be understood, and we do understand it, and all the more so all our actions and all our words must be very precise. There must be a very clear understanding of all the short-, medium- and long-term consequences of any steps we take and any statements we make. And, of course, all this should be commensurate with the national interests of our state.”

She noted that negative attitudes towards representatives of international organisations have sharply increased in Abkhazia of late and that no efforts are being made to build a constructive dialogue with the West:

In her opinion, it is necessary to raise the issue of recognising Abkhazian passports. Meanwhile, it seems that the Abkhazian Foreign Ministry is not facing up to such a task. An illustration of this is the survey conducted today by the Media Centre of the Ministry of Foreign Affairs of the Republic of Abkhazia on its Telegram channel. Subscribers are invited to answer the question: “How, in your opinion, should we respond to the EU initiative to invalidate Russian passports issued in Abkhazia?”

The Ministry of Foreign Affairs offers the following choice of answers:

1. Strengthen control over the activities of INGOs (International Non-Governmental Organisations) operating within the framework of EU-funded projects?

2. Prohibit/restrict the activities of INGOs operating within the framework of such projects.

4. I find it difficult to answer.

It is surprising that the Ministry of Foreign Affairs of the Republic of Abkhazia in general fails to consider such an answer as stepping up diplomatic efforts for improving relations with the West and conveying the Abkhazian position to the international organisations that have already for three decades been implementing a wide variety of humanitarian projects in Abkhazia aimed at supporting the citizenry and civil society of Abkhazia.