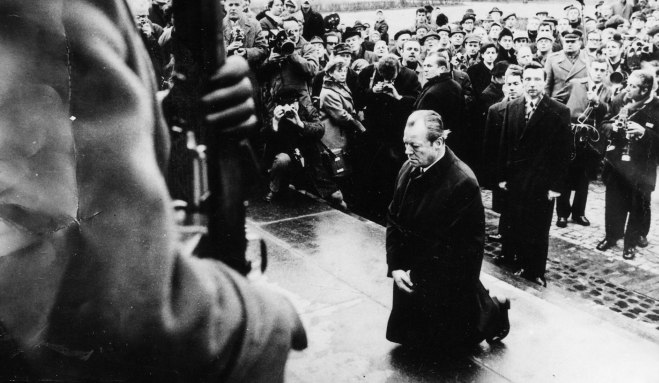 At the risk of being branded politically incorrect, I venture to suggest that the causes of Georgia's ill-fated conflict with Russia over South Ossetia are not just Russian neo-imperialism and the frequently adduced collision between the right of the Abkhaz and Ossetians to self-determination and the sacrosanctity of Georgia's territorial integrity.

Rather, the sequence of events over the past seven years is rooted in four related factors, which to a greater or lesser degree also hinder progress towards rebuilding trust between Georgia and its breakaway territories as a precondition for exploring possible models for future relations between them.

The first is Georgian President Mikheil Saakashvili's inability or refusal to comprehend that the concept of "autonomy" on which his successive draft peace proposals have been based may sound perfectly acceptable to the international community, but is anathema to both Abkhaz and South Ossetians because in the Soviet Union, the "autonomy" both regions theoretically enjoyed was devoid of any real content and left them at the mercy of the Georgian Communist Party leadership. It was to protest this sham "autonomy" that the Abkhaz gathered in their thousands at Lykhny in April 1978.  The British professor George Hewitt hit that particular nail squarely on the head when he described Georgia's draft "state strategy on the occupied territories" as "fine, lofty [and] useless."

The second, which compounds the first, is a lack of imagination and ingenuity on the part of the international community when it comes to devising new approaches to reconciling self-determination and territorial integrity. As Dennis Sammut of the London-based NGO Links has pointed out, this failure also hampers a solution to the Karabakh conflict.

The third is the omission from successive Georgian draft peace plans both before and after 2008 of a binding commitment to desist from the use of force. The international community may have forgotten (or chosen to overlook) Georgia's earlier attempts to reconquer Abkhazia by force in May 1998 and September-October 2001, and South Ossetia in the summer of 2004, and the Georgian incursion into the upper reaches of the Kodori gorge in the summer of 2006. The Abkhaz and South Ossetians have not forgotten.

Prior to 2008, Georgian officials said they would sign an agreement on the non-resumption of hostilities only as part of a broader agreement that would create security guarantees for Georgian displaced persons to return to Abkhazia. Today, they profess willingness to sign such an agreement with Russia, but not with the leaders of the entities to which they lay territorial claim.

Yet the formal agreement on the non-resumption of hostilities that the Abkhaz and South Ossetians are still campaigning to have adopted in the course of the ongoing Geneva talks is all the more crucial now in the wake of the August 2008 war -- a war that began with a Georgian artillery bombardment of residential areas of Tskhinvali just hours after President Saakashvili had announced a unilateral ceasefire.

The fourth factor is the Georgian propensity to moral absolutism. By this I mean the Georgian insistence on depicting the 1992-1993 war and its aftermath in black and white, with Georgia and the Georgian population of Abkhazia the victims whose actions were morally justified, and the Abkhaz (and Moscow as their supposed puppet master) as the demons.

One of the hallmarks of a great statesman is the capacity to demonstrate humility, admit that one's country has committed acts that are morally reprehensible, and beg public forgiveness for those acts. It was that capacity that impelled West German Chancellor Willi Brandt  to kneel spontaneously in Warsaw in December 1970 before the monument to the victims of the Warsaw ghetto uprising.

President Saakashvili chose not to travel to Sukhum immediately after his election as Georgian president in 2004 to denounce and formally apologize for the deliberate destruction by arson in 1992 of the Abkhaz national library. Had he belatedly made that trip this weekend, instead of flying to Colombia to attend the inauguration of President Juan Manuel Santos Calderon, it would have been a much-needed first step towards national reconciliation.

Liz Fuller is a British scholar who joined Radio Liberty as Caucasus analyst in July 1980. The views expressed in this commentary are her own, and do not necessarily reflect those of RFE/RL, or of the U.S. government.