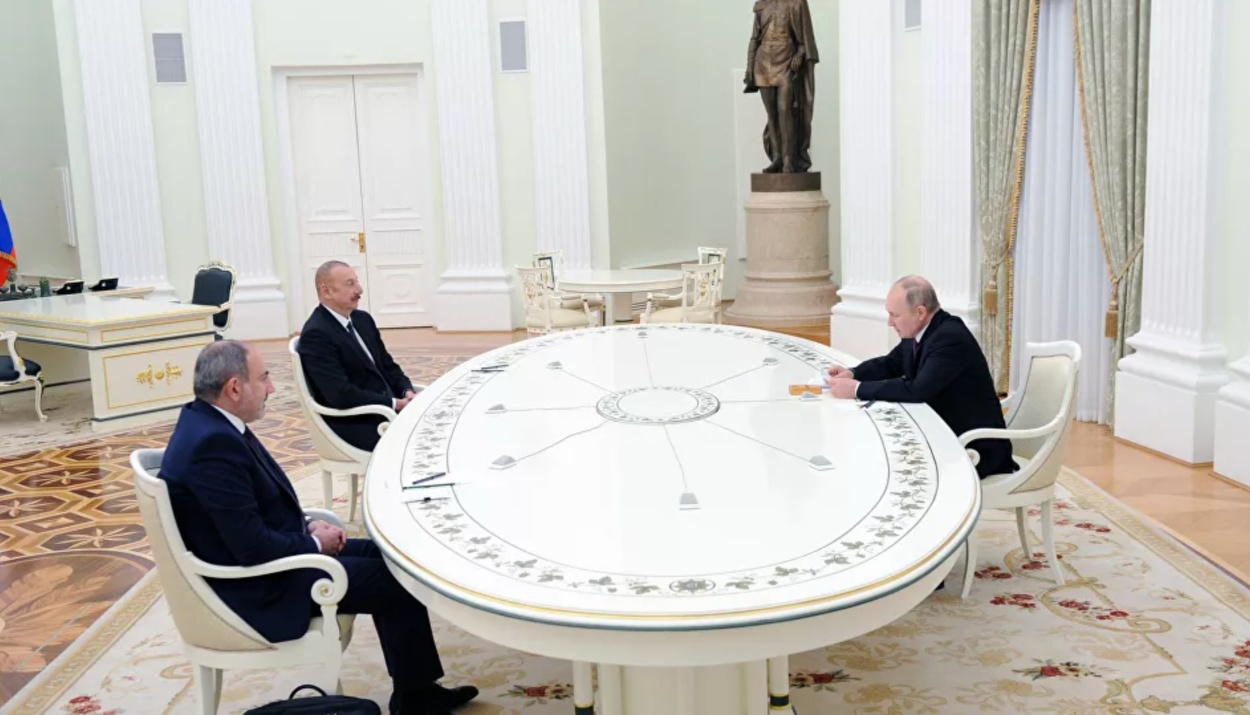 Even though the war is over and Russian peacekeepers have been deployed, the conflict is far from settled. Complicated issues of border demarcation, the return of refugees and prisoners of war, and the final legal and political status of Nagorno-Karabakh have yet to be resolved. Russian peacekeepers are supposed to be present in the enclave for the next five years, after which their renewed deployment will have to be agreed by both Azerbaijan and Armenia.

Although the future is uncertain, it is time to ask what lessons can be learned from the war, its prelude and its aftermath. It is important to examine what happened if we want to understand what might be in store for other disputed territories, breakaway republics and unrecognised and partially recognised states in the Caucasus region and beyond. What, in particular, can Abkhazia learn from the Armenian-Azerbaijani conflict and the Second Karabakh war?

I want to focus on the mistakes that Armenia and the NKR made that arguably played a major role in their defeat. I will also highlight some of the decisions made by Azerbaijan and Turkey, which in large part enabled their victory. I will set out my arguments in the following paragraphs, and offer my recommendations for courses of action that Abkhazia might take to avoid the fate of the Nagorno-Karabakh Republic.

Firstly, it is important for any state to cultivate its relationship with its key allies. In 2018, Armenian president Nikol Pashinyan came to power on the wave of public protest against widespread corruption and abuse by the country's leadership. While not anti-Russian in nature, the protests succeeded in unseating president Serzh Sargsyan and led to the prosecution of members of the influential «Karabakh Clan», with whom Russian President Vladimir Putin had close relations.

At the same time, negative attitudes towards Russian economic and political influence in Armenia and the presence of Russian troops on Armenian soil began to take hold among the Armenian population. Pashinyan was slow to reassure Putin regarding Armenia's intent to continue its close relationship with Russia, and this might have played a role on Russia's timid response to the initial Armenian calls for help after the Azeri attack on Nagorno-Karabakh.

Secondly, it is also important to not needlessly antagonise potential adversaries. While Pashinyan began his reign with nascent reproachment with Baku, he increasingly turned towards nationalist sentiments to shore up his political base and cultivating a close relationship with the authorities of the unrecognized Nagorno-Karabakh Republic (NKR). The NKR parliament was moved to Shusha, a city of great cultural importance to the Azeris, angering Baku, and Pashinyan even held a feast in the historic Jidir-Duzu plain, infuriating president Ilham Aliyev in particular.

The Nagorno-Karabakh Republic was further «expanded» to include the seven Azeri territories surrounding the former Nagorno-Karabakh Autonomous Oblast, and Pashinyan began insisting that the negotiations for the future also include the de facto NKR authorities. He even started claiming that «Karabakh is Armenia», breaking with previous positions of restraint with respect to Armenian claims in Karabakh held by all previous Armenian presidents. This no doubt demonstrated to the Azeris that Armenia and Pashinyan were not serious about a negotiated settlement of the conflict.

Pashinyan needlessly angered Turkey by invoking the treaty of Sevres of 1920, implicitly laying claim to historic Armenian territories in eastern Turkey, and opening the possible question of future redress. This, combined with the humiliating loss of a high-ranking Azerbaijani general during the clashes between Armenian and Azeri forces in July 2020, no doubt spurred Azerbaijan and Turkey to take their relationship to the next logical level, and prepare to settle the Nagorno-Karabakh conflict by military means.

Thirdly, it is important to pay close attention to changes in the geopolitical orientation, foreign policy and military developments among countries that could have an impact on your security situation. The diplomatic and military dispositions of the state have to be adjusted accordingly. Armenia failed to prepare adequately in this regard, failing to react to the rise of an expansionist and assertive Turkey, a Russia progressively willing to do deals with it, and a Europe and United States becoming increasingly disinterested in Caucasus affairs.

Armenia should have had ample evidence of Turkey's rising military might and aggressive behaviour from its recent wars in the Middle East. The effectiveness of Turkish and Israeli military drones should have been apparent both from these conflicts, as well as from their own short conflagration in 2016 with the drone-armed Azerbaijani military. Instead of meaningfully adressing these challenges, the Armenians choose to double down on traditional military tactics and strategies, while buying cheap but ineffective Soviet-era weapons, and eschewing a potent drone force of their own.

When the war started in the end of September, it was clear that the Armenian defences were woefully underequipped for modern warfare. The Armenian air defence and artillery units failed utterly to counter the Azeri attack drones and precision-guided weapons. In addition, the outmoded and static disposition of Armenian ground forces failed to take into account Azeri improvements in special forces and light infantry, leading to a crucial Azeri breakthrough in the poorly defended south of Karabakh, and the Azeris outmanoeuvring the Armenian forces in mountain warfare.

The purchase of old but overpriced Soviet air defence systems from Jordan, as well as modern, but expensive and underutilized Russian fighter jets, demonstrated the deeply flawed nature of the Armenian military procurement system. Basic lack of camouflage and dispersion of Armenian troops in the field showed a deficit in training and understanding of the modern battlefield among the army command. Although the individual Armenian soldier fought bravely and stubbornly, this was not enough to beat the superior weapons, tactics and strategy of the Turkish-backed Azeris.

Armenian military corruption perhaps deserves its on paragraph. From buying ineffective weapons from shady arms dealers, to army generals pilfering military supplies and feeding their pets with soldier's rations, to military personnel selling their equipment in online marketplaces, the Armenian forces were beset by deep structural corruption that arguably exacerbated their failures in the field. An army cannot effectively fight with ineffective weapons, stolen rations and pilfered equipment.

Lastly, the failure of engaging in meaningful negotiations over several decades also played its role in the Armenian defeat in the Second Nagorno-Karabakh War. In 2009, the OSCE Minsk group introduced the so-called Madrid Principles for the settlement of the conflict over Nagorno-Karabakh, according to which the Armenian side would relinquish the seven Azeri regions surrounding Nagorno-Karabakh in exchange for an interim status for the territory, and a safe corridor between Karabakh and Armenia proper.

However, the Armenian side chose to stall these negotiations, likely in the belief that they could hold onto Nagorno-Karabakh and its surrounding territories by military means, and do so indefinitely in the face of Azeri weakness. This in turn was proven disastrously wrong as the Turkish-backed Azeri military assault thoroughly smashed the status quo. The Armenians in fact ended up in a much worse position than if they had they agreed to the Madrid principles in the first place.

Not only did the Armenians end up loose all of the seven territories around NKR, but they also lost large parts of the NKR itself. The Lachin-corridor between NKR and Armenia became de facto controlled by Azeri troops, and no interim status was achieved for the NKR. Indeed, a somewhat favourable negotiated outcome for the Armenians was replaced by a wholly unfavourable outcome dictated by the war, that nearly ended in complete collapse.

So, what can Abkhazia learn from all of this? The lessons above can be summarised as follows: reassure your allies, do not needlessly aggravate your adversaries. Pay close attention to the changing foreign policy and geopolitical developments involving key international players, and adjust your diplomatic and military disposition accordingly. Fight corruption in society, especially in the military, by all means possible. Re-invigorate negotiations, because the alternative to negotiations is renewed war, conflict, and loss. So much has been proven by the Second Nagorno-Karabakh War.