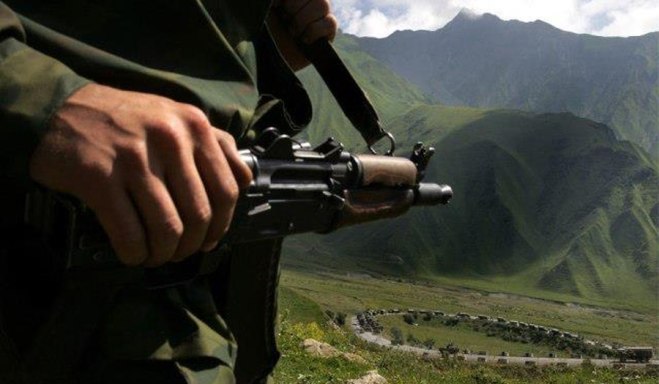 There is no doubt that the changes resulting from the events of August 2008 are irreversible. These changes affect not only the sphere of geopolitics and international relations, they have changed attitudes and value-systems. It is impossible to forget the feeling of unreality which many residents of Abkhazia felt in those hot August days. When television coverage of records from the Peking Olympics gave way suddenly to ominous shots of South Ossetia, it became clear that agreements reached in the course of many years of peace-talks mediated by such solid inter-state organisations as the OSCE and sealed with their signatures can be easily crushed by the treads of Georgian tanks. In those days, Saakashvili struck a blow not only to South Ossetia — it was a blow to any peace-talks on a global scale.

People in Abkhazia, who have only recently begun to recover from the horrors of armed conflict and stifling economic blockade and slowly to rebuild their homes destroyed by the war, have suddenly realised that the nightmare of violence has not been consigned to the past and that the international conventions on the protection of civilians during military operations are not designed for Ossetians and Abkhazians. Never mind that in Abkhazia everything was quiet and the holiday season was progressing as normal—many of our citizens felt themselves to be there in the flames of Tskhinval, to be amongst people hiding in basements deprived of water, of electricity, of communication with the outside-world and, in general, of any hope for future. And there developed an acute awareness that we, the residents of Abkhazia, might well have found ourselves in these people’s place.

Particularly shocking was the UN Security Council session devoted to the events in Tskhinval and was broadcast live on Russian TV. The weak and totally inadequate response to ongoing events of leading Western countries (permanent Security Council members), their reluctance or unwillingness to try to stop the violence – all of this was simply staggering and graphically bore witness to the slowness and inadequacy of this global organisation. Had the Security Council decided on some serious measures to sober up Saakashvili, the situation would have developed according to a quite different scenario, perhaps one even more favorable for Georgia. But what happened happened. The incorrigible tendency of Georgia’s Western protectors to turn a blind eye to all the «pranks» of Mishiko and his predecessors once again played a cruel joke with Georgia and even created not a few problems for Georgia’s very patrons.

So, what’s the cost in finding out how many civilians were killed or went missing during those fateful days in South Ossetia? According to “Human Rights Watch” in August there were killed from three hundred to four hundred civilians in South Ossetia including pregnant women and children — well, not such a big sin! Just imagine what the reaction would have been, if these had been three hundred Americans! But for the small Ossetian people this figure is extremely significant. We can say that through all the days of the August war Abkhazians became Ossetians, all wanting to do whatever possible to alleviate the suffering of survivors.

Some of those who watched intently and empathised with what was happening in Tskhinval, were waiting in hope that an anti-war movement would be activated in Georgia itself: that the mothers of called up reservists would come out to protest against this senseless war; that the intellectuals would condemn the actions of the authorities, and that the numerous Georgian non-governmental peace- building organisations would try to defuse the armed conflict that was being stoked. But, to no avail: in August of 2008, just as once in August 1992 (when Georgian troops entered Abkhazia), many Georgian mothers, NGOs, and intellectuals, in a patriotic frenzy, lent their support to Saakashvili, as he vented his anger at Russia, as «the aggressor» as «a satanic force», etc. Those Georgian intellectuals who immediately sensed what the consequences would be of the barbaric actions of the Georgian military and expressed their open condemnation of the actions of official Tbilisi could be counted on the fingers of one hand. It is good that there were such individuals, but it is very sad that there were so few of them, which testifies to the state of mind and values of Georgian society at large. In this respect, a comparison between Georgia and Russia does not work in Georgia’s favour, even though it is the  latter which has been awarded the title of «beacon of democracy.» Reading the publications in the Russian opposition-media, especially in on-line publications, or listening to, for example, the radio station «Echo of Moscow» both today and in August of 2008, we can say that in Russian society there is a fairly wide range of opinions about Russian policy in the Caucasus, particularly in Georgia. Even greater controversy unfolded in Russian society during the war in Chechenia — many intellectuals and liberal politicians sharply criticised Russian military actions and demanded to the withdrawal of troops and the «letting go» of Chechenia, and human rights’ activists held regular rallies against the military operation in Moscow and other Russian cities. Absolutely whilst not wising to idealise Russian policy in the Caucasus, we must note: unfortunately, in Georgia, nothing resembling such a diversity of opinions concerning the Georgian-Abkhazian and Georgian-South Ossetian conflicts is observable. On the contrary, the territorial integrity of Georgia has been turned into a kind of fetish, but, for the Abkhazians and Ossetians (as for minorities in Georgia, by the way), there is no recognition of even their rights to their own identity. In contrast with Russian intellectuals, from not one Georgian have the words been heard: «They do not want to live within Georgia’s borders, so let them separate!».

The vast majority of Georgians, whether among the political and intellectual élite or in wider social circles, do not seek to restore relations with the Ossetians and Abkhazians but are exclusively concerned with the restoration of the notorious territorial integrity. Monolithic unity is hardly a sign of a democratic society; rather, one can speak there of nationalism.

True, quite recently in Georgia, it seems that something is happening: at last, words which have been long awaited in Abkhazia have been heard — some ideas about the possibility of recognising the independence of the breakaway territories, albeit not so straightforwardly, but on very demanding conditions. Whilst we realize that this is still only just a weak attempt to gauge public opinion on an issue that is extremely painful for Georgia, we should still appreciate this step and express cautious optimism that a future Georgia might become a normal European country. And, although this view is still that of a very small number of people, we must bear in mind that all progressive changes have been initiated by small groups of the most forward-thinking people, and these have then gained more and more followers.

But while the debate about the possibility of re-evaluating values and recognising «new realities» is very slow both in Georgia and the West, the Abkhazians and Ossetians have to rely mainly on military strength of Russia as the factor of stability and security. And this will continue for as long as the world is dominated by double standards and the right of the strong.