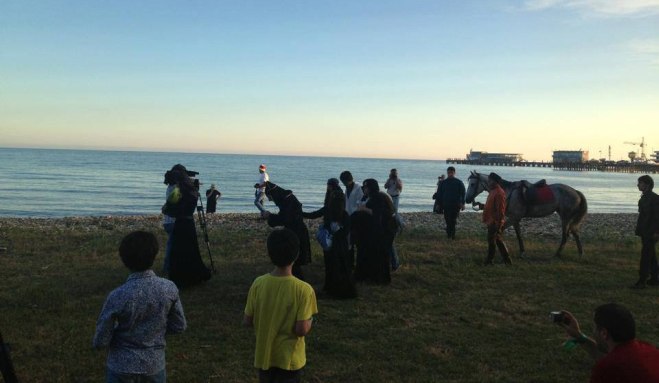 So that day has come... 21st of may... The memorial day for the exile of Caucasians from their homeland. Some people oppose to the use of this term "exile". They say it was a chosen migration. They say the Muslims migrated. They say people went for better harvest. Some say the elite sold or convinced or took their people... Some say that it was not an exile but a deportation with agreement of parties...

Some argue they had choices... Whatever they say, today the day that marks the end of the Russio-Caucasus wars, that is 21st of May, which was a day of celebration for Tsarist Russia of victory in the Caucasus, is a day of remembrance for the people who died in this event of the 19th century.

The family histories, and records of official archives, say that people were put on ships. The ships were overloaded, and many sank on the way. Many people died of hunger and diseases on the ships and after arrival.

The territories shown to migrants were not suitable for settlement, many more died in the next months.

The last couple of decades, the remembrance day, 21st of may, has been the most important event of all political-cultural organizations of the Diaspora. Before the dissolution of the Soviet Union, the memorial day was also a big event in Abkhazia. Last year they showed on TV how people travel from all regions, in buses, and how crowded it was. The president of the time -Bagrat Shinkuba, the writer of the famous book THE LAST OF THE DEPORTED- was making a speech about the exile.

Just yesterday, an early returnee was telling me how crowded it would be and how they would throw flowers with candles to the sea from a ship, and even on the most wavy day the flowers would float away to Black Sea...

Three years ago when I came, the event was just a flower putting ceremony on the morning of the 31st. It was very interesting to learn that, in Abkhazia, it was suggested during the war by president Ardzynba, that it should be on the 31st. The Adyghe brothers will do their ceremonies in their hometowns on the 21st, and they would all come to Abkhazia and on the 31st it would be a bigger ceremony all together. Besides, Abkhaz were exiled 13 years later than Adyghe. So it was decided and memorial was on the 21st. The first year I was in Abkhazia, I wanted to memorize Shish Nanni and read it, but they told me nobody makes here such events. 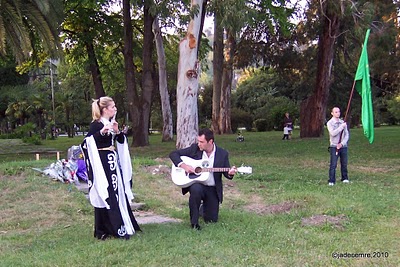 The second year, Naala did organized one. All alone, I mean without any government or institutional support, just with her friends, and with an economic support by Aquafon, she arranged the first memorial day. It was sometime in June, but it did not matter. A group of people came. We made the tailors sew 20 red-green-white akhtarphas, like the Abkhaz flag, within 4 hours! Lana Copua was reading a poem, Nona and a few others were singing Shish Nanni. Some people made speeches, Bagrat Shinkuba's grandson Lavan was there; Hayri Kutarba was there. Kamma had a big Abkhaz flag. Later when we went to drink something at than new Apra Cafe, from all the tables they sent us champaignes since we were talking in Abkhaz (trying) and we had aktharphas and flags. At the event, we were promised to be supported by the Repatraition Committee in the coming year. 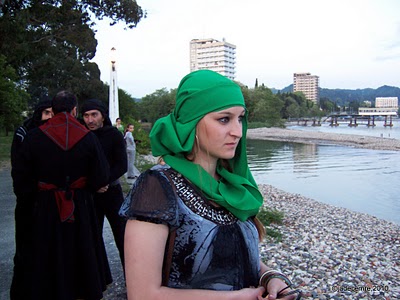 The second year, ofcourse, they were hesitant to keep their promises. But in the end, we organized with Lana Agyrba an exhibition called Abkhazia and Diaspora: Understanding each other... We also shot a short symbolic movie on exile and return... The event was big. More than a thousand people and both TVs came to shoot. We had the sound system, screen, the first and only concert of the chorus apsadgyl (homeland) with Ivana Shamba, we had the white aktarphas (again 20), we had the torches prepared by Syndukh Ergun and the youth, again Lana Copua reading a poem, and many others... The event was very spectecular... We even made a protest for not building of a statue in the memorial. The events were supported by Repatriation Committee, Committee of Sports and Youth, and even Ministery for Foreign Affairs.

This year Ozlem and Naala, organized again with the Committee of Sports and Youth but in the last minute, the government opposed the ceremony to be made on the 21st. The SMS were sent by both mobile phone companies, and a few hours later messages came saying it will be on the 31st. However, without any state representative, without any TVs to record, without any sound system, without half of the planned speakers, the youth did it again. There were only about 100 people to watch. But they were there all from heart. That was good. There were new aktarphas, mainly black but also green and white. I do not know the number since I was not in the event organization. (I had been away for a while, and the last two weeks I have a terrible throat infection which keeps me back from taking place in aything!) Naala was in a traditional dress so was Dijin who was playing the flute (an Adyghe from Turkey who lived in Nalchik for over 15 years). Ivan Bakij, our famous singer who returned from Jordan was wearing an akhtarpha over his shoulders as he played his guitar. Taha Gecba was dressed all in black, as he sang songs in Adyghe. Little Ozan was again reading a poem in Abkhazian. There were short speeches by some attendees. The youth walked with torches again and made the nart fire! No matter what people say. No matter what people fear. No matter how, no matter what, no matter why... If some people believe in what they do: the result is unforgettable... This is how that day was in Abkhazia... For those who wish to know... (For those who wish to see more photos press here)

Oh and I forgot to tell, there was the Yearly Dance Contest Adyzh and the view was spectecular as they walked through the city on that day...