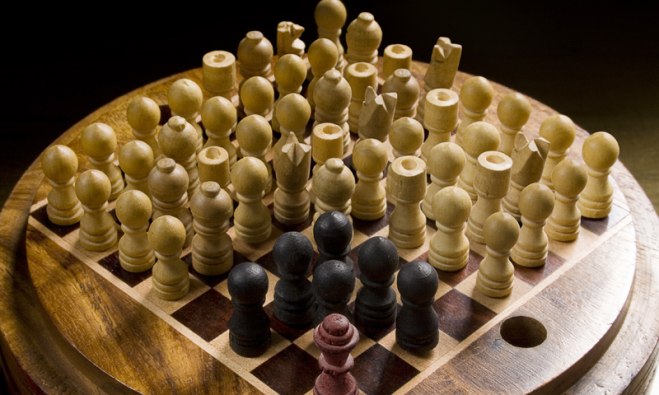 Taklama -- According to the most spurious headlines, Abkhazia's annexation by Russia has just about already happened. And even some serious news outlets and commentators proclaim that the proposed Treaty on Alliance and Integration is a step in that direction and constitutes in terms of sovereignty a point of no return. But what exactly does the treaty say?

Many parts seem harmless. There is a common defence clause, similar to Article 5 of the NATO charter, and articles on economic harmonisation and financial and political assistance from Russia to Abkhazia.

The problematic clauses were exactly those that have met with most resistance by Abkhazians and that have now been addressed in a counter-proposal by the Abkhazian government, the Treaty on Alliance and Strategic Partnership. These were the provision that in case of war, Russia shall provide the Chief in Command of the joint army, that a joint body will investigate crime in Abkhazia, that the two countries will coordinate their foreign policy and the relaxed procedure for Russians to obtain Abkhazian citizenship.

None of this amounts to anything near annexation. Yes, a treaty can take on significance beyond its literal content. But there was no particular reason to believe that was the case here, and so the annexation rhetoric is if anything a self-fulfilling prophecy.

Of course, there is a real threat, which has long been known: the near total economical and political dependence of Abkhazia on Russia. But Georgia and the West have themselves to blame for this. Moreover, they cannot protest Russia curtailing Abkhazia's sovereignty as long as they don't recognise this sovereignty in the first place. Naturally, Georgia has used the threat of Russian annexation to try to win over Abkhaz hearts and minds. But a) this is not credible in light of the fact that the alternative it is offering to possible annexation by Russia is certain annexation by Georgia. And b) most Abkhaz would consider annexation by Russia by far the lesser evil.

That being said, the West and Georgia should try to defend Abkhazia against overbearing Russian influence. Unfortunately, there may not be much they can do, without explicitly appealing to Abkhazia's independence. The current rhetoric, framed negatively against Russia, may have the counterproductive effect of weakening Abkhazian resistance to (parts of) this treaty. And the war in Ukraine has demonstrated that silent diplomacy may no longer stop Russia from overstepping certain boundaries.

Abkhazia is in the difficult situation that it needs economic and political support from Russia, and has little to offer in return but its sovereignty. The West should start to provide serious economic and governmental assistance to Abkhazia to undercut this logic.