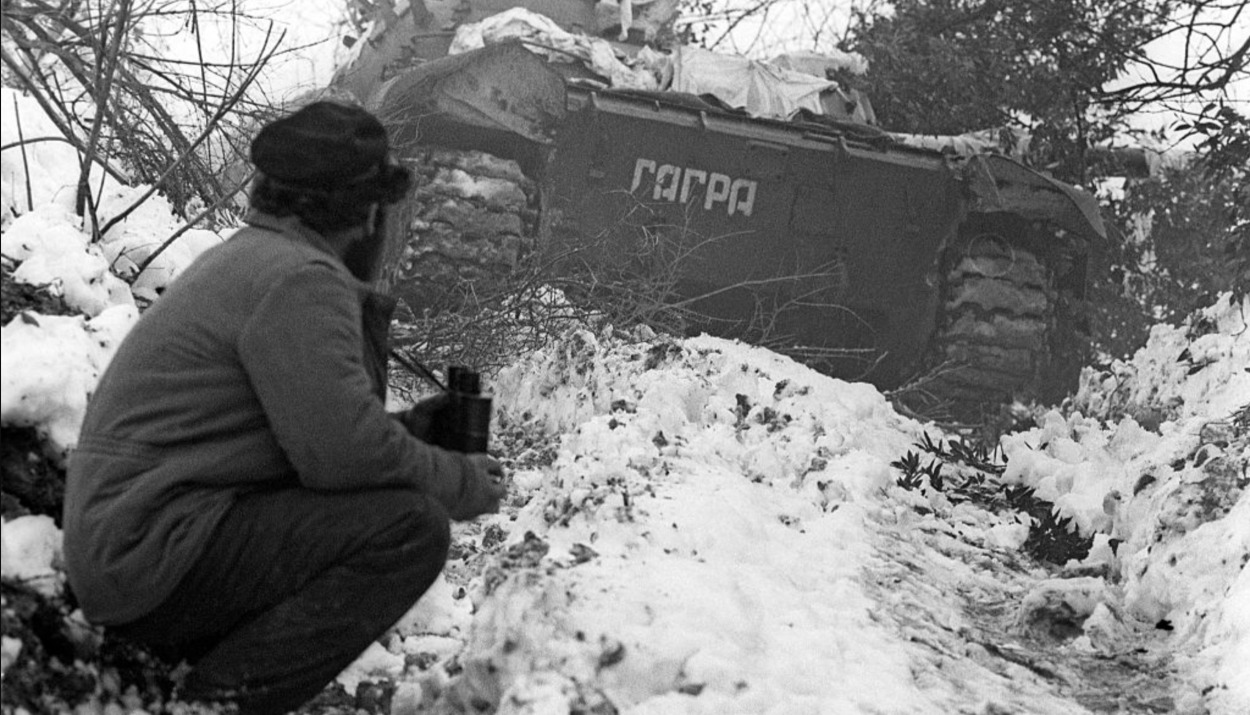 On 6 October 1992, during the Patriotic War of the people of Abkhazia, the people's militia and volunteers liberated the Gagra region from the troops of the State Council of Georgia and hoisted the national flag on the border along the River Psou.

The operation to liberate the Gagra region began on 2 October 1992. The victory on the Western Front was the first major military success of the Abkhazian troops during the war. In this operation, 117 militiamen — residents of the regions of Abkhazia and volunteers from the North Caucasus were killed.

How it was liberated

Robert Kogonia, who was decorated with the Order of Leon, fought as part of the crew of an infantry fighting vehicle.

"Our crew was stationed in the area of the village of Alakhadzy; with us were Rafik Ampar, Shamil Adzinba, Aslan Agumava, and Lavrik Bazba was the gunner. On 2 October, we were charged with the task of liberating Gagra, which was the beginning of the offensive," the veteran recalls.

The attack on Gagra was carried out in various directions, and the crew of Robert Kogonia headed along the coast.

"The offensive, of course, was difficult; shootings were constant. If we talk about numbers, there were many more of the enemy than us, but our lads accepted it with courage, stood next to the BMP and shouted: ‘Forward, lads!’" said Kogonia.

“Despite the fact that it is dangerous to attack the enemy in full force during an offensive, the Abkhazian fighters, not fearing to take a bullet, went forward,” he says.

“The enemy had a lot of weapons. We thought that their resistance would be even more brutal, because earlier, if we fired several shells, then disproportionately more came back flying towards us. At the same time, I repeat, our fighters, exhibiting their character, their fearlessness, just moved forward,” says the veteran.

Commander of the Order of Leon, Rafael Ampar, fought on the Gumista front before the operation to liberate the Gagra region.

“We arrived in two BMP-vehicles at Bzyb on 26 August, and, as far as I remember, we took part in the first battle; so it went on for almost the entire September….,” Ampar recalls.

According to him, everyone understood that, if the Abkhazian troops succeeded in pushing the enemy back to the R. Psou, then this would be a significant event for the outcome of the war as a whole.

"We understood that this would help people breathe more freely, that there would be an opportunity to get to Russia, and that it would be a breath of fresh air. Moreover, it meant that if we were able to get to the Psou, we would most likely be able to liberate the city of Sukhum," he said.

“The most striking impression of that period is the dedication of the Abkhazian fighters,” Ampar admits.

"They were able to concentrate, to pull up some internal forces; at places recklessness helped; there was enthusiasm for the fight," says the veteran.

By land and sea

During the liberation of the Gagra region, it was not only ground forces that were involved.

"On 5 October, our group was brought by bus to the Pitsunda sea-terminal, where we were put on three boats, and we sailed towards the enemy. The task was to land behind enemy-lines and hold positions until our lads broke through the Georgian defence," said war-veteran Alkhas Shamba.

The attack of Alkhas Shamba's group got bogged down a little, and they had to fight the Georgian troops longer than was originally planned.

“One of our boats broke down. While we were repairing it, while we were changing to another, it took about two hours, and when we approached the shore, it was already dawn. We approached the shore and came to a stop 80 meters from the shore. The Georgians drove up and looked out at us, and either they did not believe their eyes, or they were simply scared and went for help. We had literally three or four minutes and used it to land behind enemy-lines," said Shamba, recalling the details of the landing.

About fifty Georgian fighters drove up to the landing-site. The Abkhazian landing-group wiped them out and thus completed the combat-mission assigned to them.

The liberation of the Gagra region made it possible to reach the border with Russia, which ultimately influenced the entire course of the war. The military victory showed that the Abkhazian troops were capable of driving out the occupiers and conducting offensive operations.