To whom it may concern,

In addition to the many unspeakable tragedies of the Balkan wars, one act of cultural vandalism caught the world's attention, as it happened as the world's cameras were trained on Bosnia-Herzegovina. This was the destruction of the Library of Sarajevo, which stored manuscripts and other documents recording the multi-cultural heritage of the state, at the end of August 1992. With help from libraries and cultural organisations around the world, many of the losses were made good in the post-war years of reconstruction.

Two months after the Sarajevo library was left in ruins, similar deliberate acts were perpetrated in another part of Europe in a war which was never the centre of media-attention, though the consequences of the war resurfaced in August 2008 with Russia's recognition of the Republic of Abkhazia in Transcaucasia. Georgian troops entered Abkhazia on 14th August 1992, sparking a 14-month war. At the end of October, the Abkhazian Research Institute of History, Language and Literature named after Dmitry Gulia, which housed an important library and archive, was deliberately torched by the invaders, who were bent on destroying the documentary evidence that proved Abkhazians' residence in their historical homeland; also targeted was the capital's public library. Though help to restore the losses has come from institutions and private donors in Russia, no further assistance has been offered by the wider international community. The short film you are about to watch is designed to alert the world to this cultural loss and thereby to encourage all in a position to do so to make the kind of help described above for Sarajevo available also to Abkhazia.

..The Mission obtained sufficient evidence to conclude that gross and systematic violations of human rights had occurred at the hands of Georgian troops in Abkhazia throughout the period since August 14, 1992; that these included serious violations committed against Abkhazian and other ethnic population groups in cities and villages; that civilians were the primary victims of Georgian abuses; that Georgian attacks were directed against persons identifiable as Abkhazian, and that particular attack was directed against Abkhazian political, cultural, intellectual and community leaders; that in addition to Abkhazians, also Armenians, Russians, Greeks, Ukrainians, Estonians, and other non-Georgian minorities in Abkhazia have suffered similar treatment by Georgian authorities; and that removal or destruction of the principal materials and buildings of important historical and cultural importance to Abkhazians has taken place in what appears to be an organized attempt to destroy Abkhazian culture and national identity. (UNPO: November 1992 Mission to Abkhazia Report)

...One day in the winter of 1992, a white Lada without number-plates, containing four men from the Georgian National Guard, drew up outside. The guardsmen shot the door open and then flung incendiary grenades into the hall and stairwel. … Sukhum citizens tried vainly to break through the cordon and enter the building to rescue burning books and papers. … The archives also contained the entire documentation of the Grek community, including a library, a collection of historical research from all the Grek villages of Abkhazia and complete files of the Grek language newspapers going back to the first years after the revolution.

Please note that this story was previously quoted in Agtzidis (Jan 1994). Agtzidis (1994) states on page 27 that, Kharalombos Politidis witnessed the catastrophe described above. Clogg (1999) add that these irreplaceable documents for around 45 Greek communities in Abkhazia included the only complete set of the Pontic Grek newspaper Kokinos Kapnas. '('A Pontic Greek History'' by Sam Topalidis. p.140) 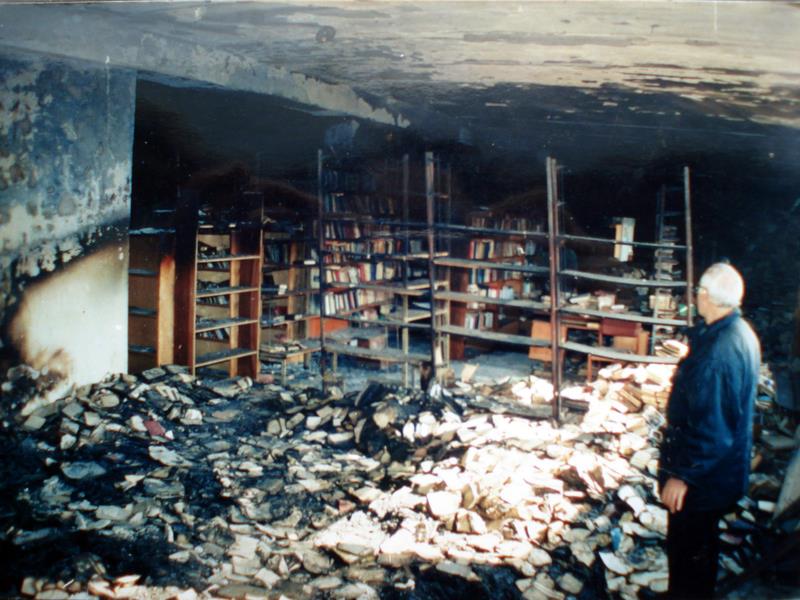 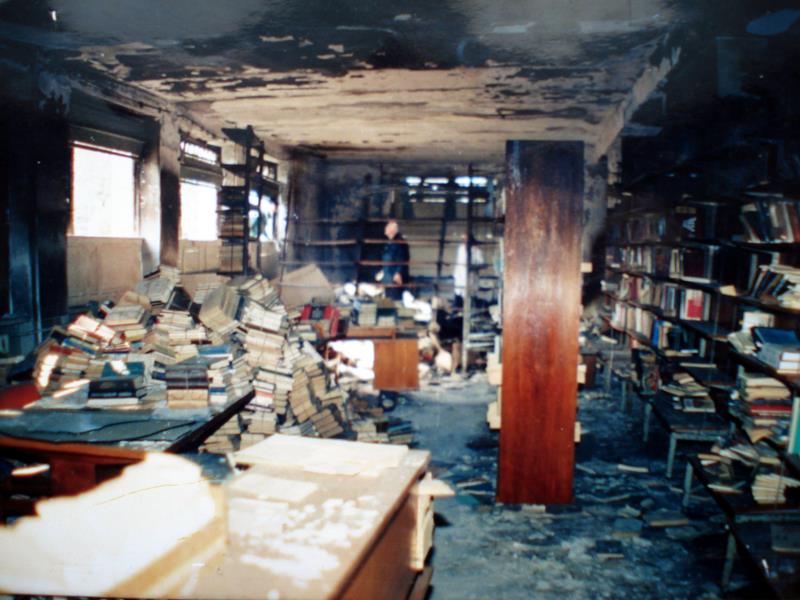 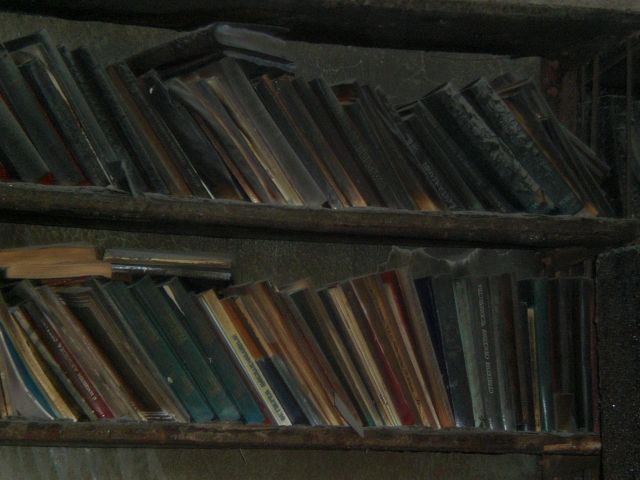 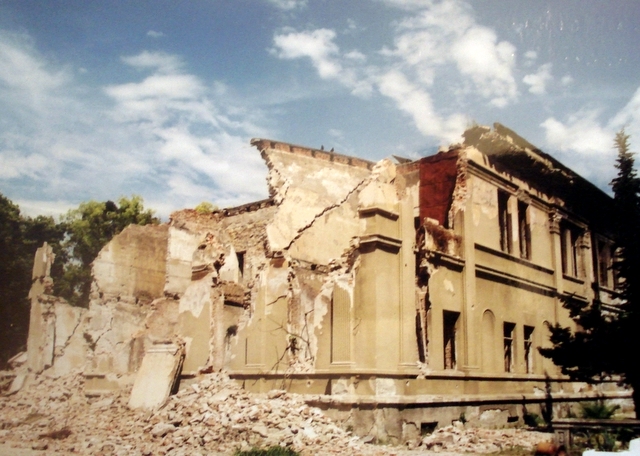 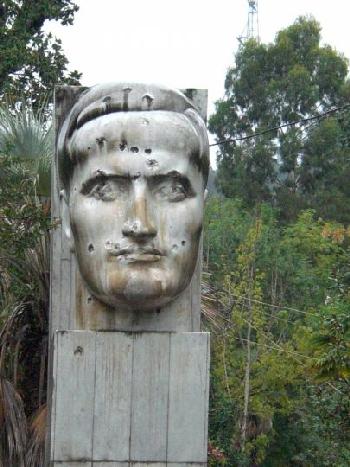