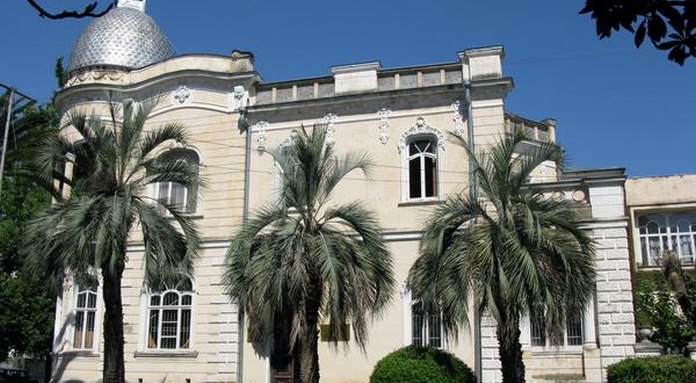 President Alexander Ankvab has held an enlarged meeting with employees of D. I. Gulia Abkhazian Institute for Humanitarian Studies.

Specialists with Apsnyrgylara state-run company Dmitry Tsymtsba and Rush Zantaria presented a project of a new building of the Institute.

In addition to the overhaul of the existing building, the project provides for the construction of a new three-storied building near the institute.

AIHS employees were satisfied with the project they had seen. They admitted they had dreamt for a long time to work in proper conditions.

The People’s poet of Abkhazia Mushni Lasuria expressed the hope to see a museum of literature in the Institute. The builders promised to consider this issue.

The head of Apsnyrgylara state-run company Ruslan Tvanba said it will take about four months to prepare an overhaul project and construct a new building. Overhaul itself is to be launched by 2015.

The President added that the opinion of the AIHS management and employees will be taken into consideration when projecting a new building. ‘The builders won’t plan anything without agreeing with you’, Alexander Ankvab said.