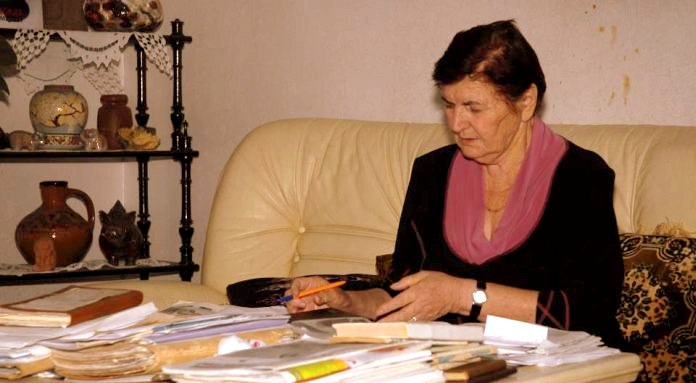 Today saw the death of the famous Abkhazian poetess, laureate of the State D. I. Gulia Prize, Neli Zolotinskovna Tarba.

She was born on the 20 November 1934 in the village Duripsh in the Gudauta District of the Abkhazian ASSR. In 1954 she graduated from high school in her native village. Then also in 1954 she entered the Faculty of the Sukhum State Pedagogical Institute named after A. M. Gorki, graduating in 1959.

From 1952 she was published in regional newspapers and magazines, as well as in literary almanacs.

From 1957 she was a member of the Writers' Union of Abkhazia. In 1985, N. Tarba was awarded the title "Honoured Worker of Culture".

From 1961 to 1988, she worked in the publishing house "Alashara" as editor, senior editor and its deputy-director.

In 1988, Neli Tarba founded the Children's Fund of Abkhazia, and, until 1998, was its chairman, and then its honorary chairman.

In 2005, by decision of a commission, she was awarded the title of laureate of the State D. I. Gulia Prize in the field of literature, art and architecture.

She was the author of several collections of poetry, poems, stories, and novels, including children's poems, plays, and the texts of many children's books published in different times.

She was the author of several plays that were once placed in the Abkhazian theatre, including the drama-extravaganza "The Daughter of the Sun".