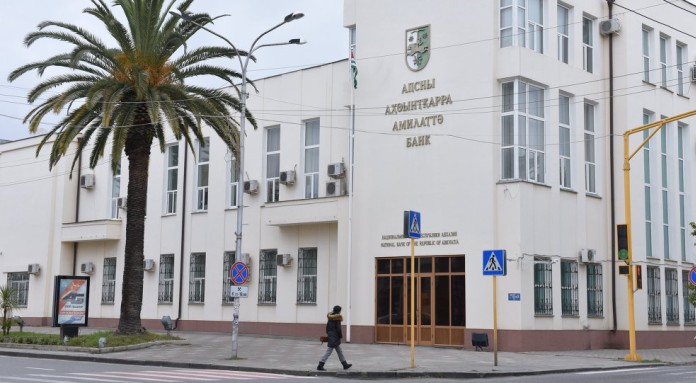 The National Bank of Abkhazia plans to implement a policy of currency dualism, which envisages the circulation in the country of two fully valid and strictly linked currencies, the apsar and the ruble, National Bank Chairman of Beslan Baratelia told a session of Abkhazia’s National Assembly on Friday.

SUKHUM (Sputnik, Naala Avidzba) The National Bank of Abkhazia is ready to start work on the introduction into circulation of a national currency, the apsar, with the support of Parliament and given the political will, National Bank Chairman Beslan Baratelia announced at a parliament session.

"The National Bank has come up with the idea that, with the support of Parliament and, if the political will exists, we will make amendments to the law and will be able to issue small apsar coins that will be pegged to the ruble," Baratelia said.

“We are not talking about commemorative coins, but about introducing apsars into circulation,” Baratelia explained. In his words, the National Bank is planning to implement a policy of currency dualism, which entails the circulation in the country of two fully valid and strictly linked currencies.

"In order to avoid an exchange rate, which would cause inconvenience to citizens, and not to have to maintain the exchange rate, and in light of possible speculative attacks, we propose to link the currencies closely and make one apsar equal to one ruble," Beslan Baratelia explained.

The choice was made in favor of coins, insofar as they are more durable than paper bills, Baratelia said, answering questions from MPs.

"For the time being we want to start with coins to see what this will bring our country, what the advantages will be, and if this resolves the problem of liquidity," Baratelia said.

The cost of minting the coinage is included in the estimated expenditures of the National Bank for 2015 which was approved at the National Assembly of Abkhazia session on Friday.