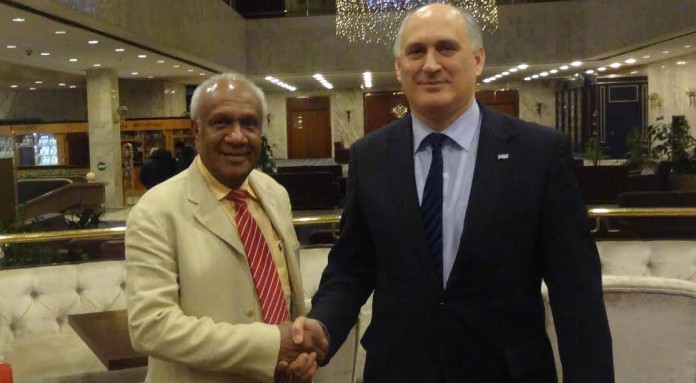 SUKHUM --  It was the first meeting between the leadership of Abkhazia and Vanuatu before between the two countries was conducted correspondence. Chirikba said that policy of Vanuatu according to our republic was confirmed  , and a declaration of recognition the independence of Abkhazia signed in 2011, remains in force.
"There is no withdrawal of recognition of independence of Abkhazia by Republic of Vanuatu", - said theMinister.
The foreign minister said that the statements of the former leaders of Vanuatu of non-recognition of Abkhazia were not confirmed by official documents. Such statements relate to the pressure put by Georgia directly and through its allies in Vanuatu, as well as due to the difficult political situation caused by frequent changes of government.
"You have to understand that the relationship continues, and they will be developed, but on the other hand there are objective difficulties - the pressure to Vanuatu from the West", - said Chirikba. He added that a similar situation is in Tuvalu, but the Ministry of Foreign Affairs is aimed at active management of the development process of interstate relations.