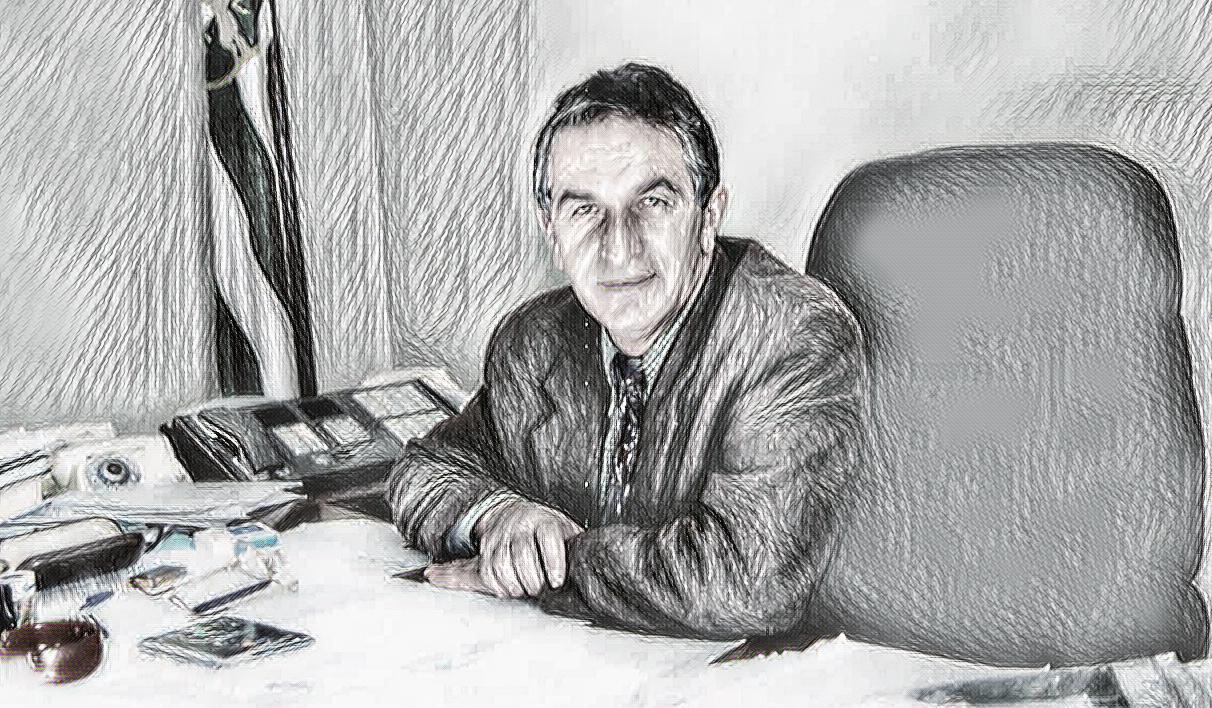 On May 14, 1945, the first president of Abkhazia, Vladislav Ardzinba, was born; today he would have turned 75. People who happened to work with him recall what kind of person he was.

“There are many presidents in the world, but no leaders. And you are the real leader of your nation,” was how the Turkish Ambassador Burak Gursel wisely and subtly described Vladislav Ardzinba. Vladislav Ardzinba stood at the source of the modern Abkhazian state. With his name are associated the freedom and independence of Abkhazia for the inhabitants of the republic.

Speaking about the first president, interpreter Anna Keropian always quotes the famous poet Joseph Brodsky: "As long as a person is ready to give his life for his ideals - these ideals are alive, civilisation is alive." According to her, even in everyday routine work, Ardzinba’s sacrifice was felt.

"He really sacrificed himself; he did it consciously. He loved Abkhazia and his people so much that he simply could not imagine himself outside this space. I attended all his international meetings and saw how each meeting exacted a huge amount of energy, because all the powers at his disposal were needed to convey the truth about Abkhazia, against which almost the whole world stood at that time," recalls Keropian. 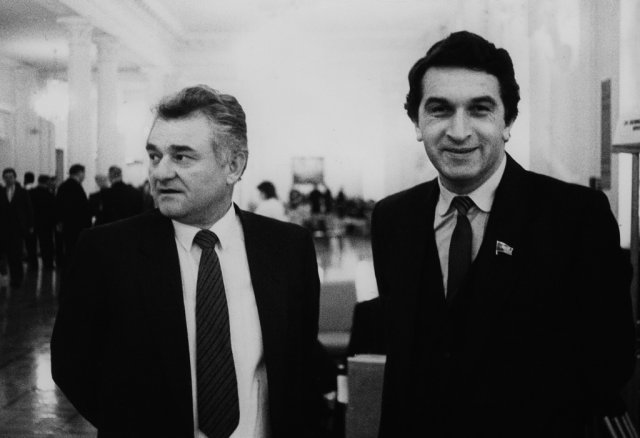 After the Patriotic War of the people of Abkhazia (1992-1993), negotiations began in Geneva between the parties to the conflict in the presence of international observers. During the negotiation-process, Vladislav Ardzinba was always referring to history, which his opponents did not like at all.

"Sometimes diplomats said: ‘Well, are you always going to direct us to history, to the distant past? Let's talk about today.’ But he replied: ‘Without knowing the past, we will never be able to understand what is happening now.’ One diplomat even said that he had a headache brought on by our history. Ardzinba answered him: ‘You know, if you, the diplomat, have a headache from history, perhaps you are doing the wrong job,’ Keropian recalls with a smile.

During the leadership of Ardzinba, the foreign policy of Abkhazia was precarious -- not a single country in the world recognised its independence. However, when the small country proudly stood against the whole world, even opponents of Ardzinba recognised his leadership, his huge intellect and fortitude.

He was a devotee of Abkhazia

Otar Adleiba, who worked for Ardzinba for 11 years as a driver, recalled his first president as a man who wholeheartedly supported his people.

Otar began to work with Vladislav Ardzinba after the war, in 1997. Even then, Ardzinba did not stop checking the daily reports of the Ministry of Internal Affairs.

"In the morning he could be in a good mood, but, as soon as he heard about something bad, the smile immediately left his face. He took very closely to heart everything related to Abkhazia and the people of Abkhazia. One morning, secretary Raisa Nikolaevna brought the summaries of the Ministry of Internal Affairs. She put the bulletin on the table of Ardzinba and immediately ran for a validol. I looked at the paper and it was written that the "forest brothers" [a terrorist-group of killers and saboteurs based in Georgia’s neighbouring province of Mingrelia – ed.] killed 15 people. He took this news very painfully. He was like that," recalls Adleiba. 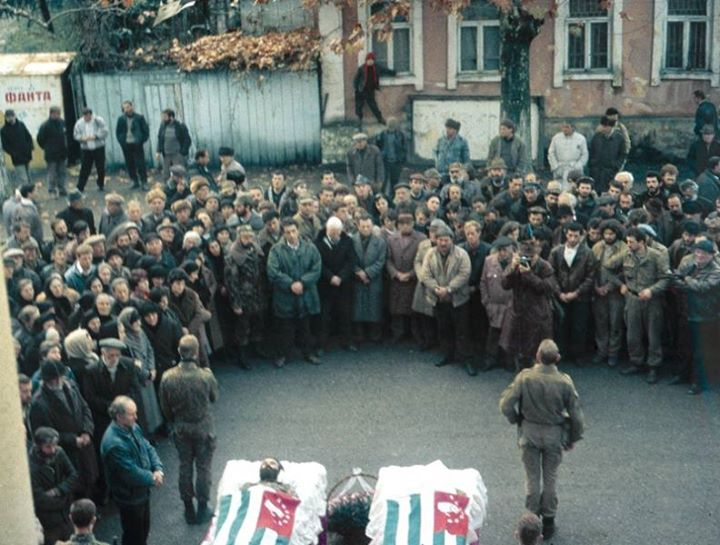 Even if the president was upset and excited over something, he quickly cooled down.

"Once our car broke down, and then we went to some funeral.

“We drove silently all the way. On the second day, he tells his wife:

“ ‘Do you know why there’s a car driving behind?’

“ ‘Of course it'll be security,’ she replied.

“ ‘No, this is so that I can move into it if this car breaks down,’ he added, with a smile.

“He knew how to joke. He seemed to possess the power of hypnosis. He had an amazing ability to win people over," Adleiba recalls.

President of the Abkhaz-Adyghe people

Vladislav Ardzinba was a recognised leader not only in his homeland, but also abroad.

“Once we went to Adyghea for the anniversary of Aslan Dzharimov (the first president of Adyghea - ed.). We arrived late. Vladislav Ardzinba changed his clothes at the hotel and immediately went to the stadium where the Caucasus World festival was held. When he arrived there, they announced the arrival of Vladislav Ardzinba. At that moment, all five thousand guests instantly stood up and began to applaud him," said Otar Adleiba.

“The stadium rose again and began to applaud. He was loved not only in Abkhazia, but also abroad,” the driver recalls. “I saw him every day, talked to him every day, but it seemed to us that he was not like any of us; it was as if he was from another planet. We all looked upon him as a deity, the source of hope. He really was a God for all of us. 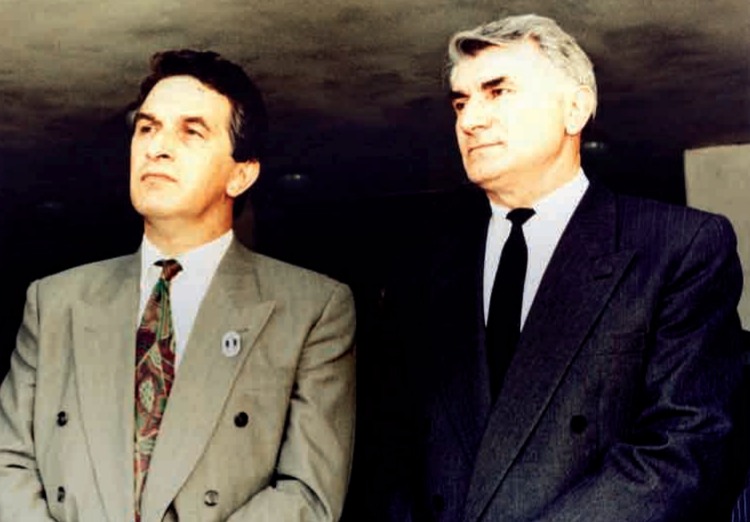 “His destiny was a difficult one - the leadership of Abkhazia in the most difficult period."

Most of all, Otar Adleiba recalled Ardzinba’s last trip to Moscow in March 2010.

“The plane arrived at the Babushera airport. I got up and said: ‘Vladislav Ardzinba, today it fell to us to help you board this plane, but God grant that, when you return, you yourself will be able to come down the ramp. ” But on 4 March, we learned of his death. Nature wept that day -- it rained, but people walked and walked to meet the plane carrying the coffin of Vladislav Ardzinba. People stood on the road and cried," Adleiba added.