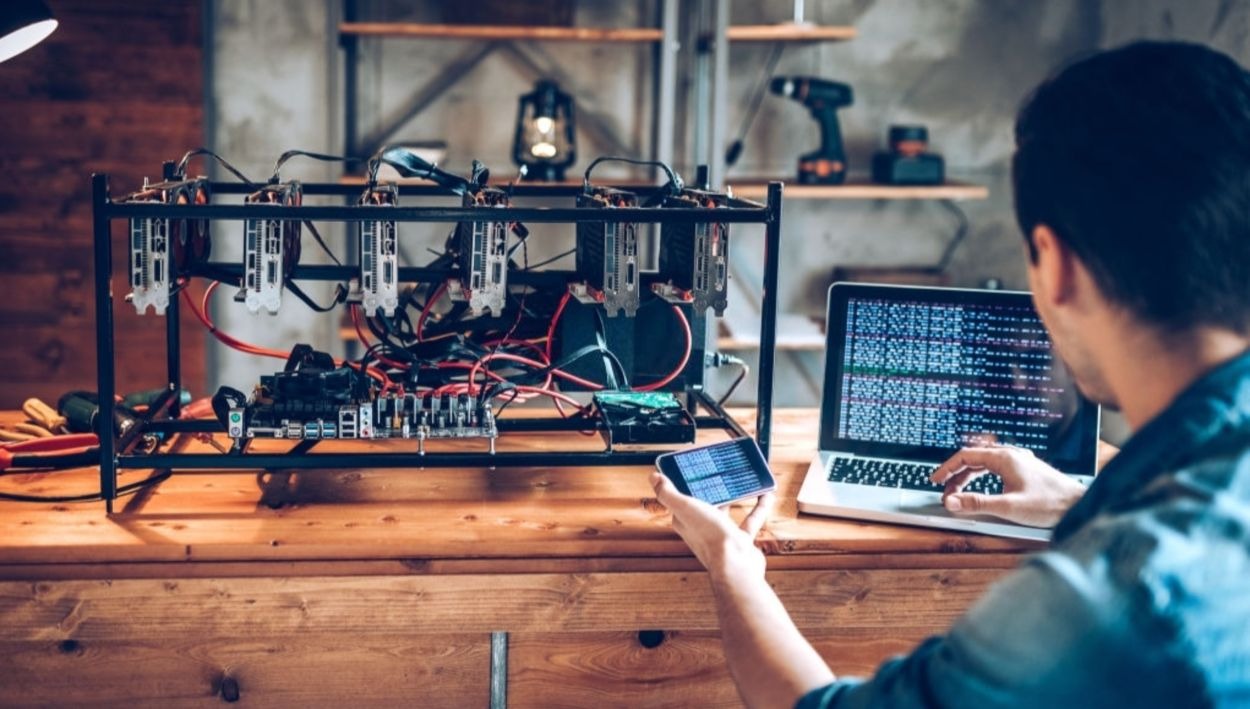 SUKHUM -- After two years of prohibition, cryptocurrency mining will again be legalised in Abkhazia.

This activity, as stated by the officials, has already brought the energy sector to collapse and even created problems with cash in the country. The government confirmed that the prohibition proved to be impracticable and decided to approach the issue differently.

Cryptomining took off in Abkhazia in 2016. It is the low price of Abkhaz electricity (RUB 0.4 [around 0.5 cents] for kWt/h for private persons and RUB 0.8 [around 1 cent] for legal entities) that facilitated the transformation of the country into a ‘Mecca for crypto farmers’.

By 2018 the number of mining farms increased to the point where the problem was impossible to ignore. Abkhaz state energy company Chernomorenergo said the grid was overloaded with demand, and that it might become impossibility to provide residents of Abkhazia with electricity during the winter period in such conditions.

After that the Cabinet of Ministers adopted a decree “On temporary measures on limitation of use of electrical energy by certain categories of consumers” which virtually prohibited mining.

Why the prohibition didn’t work?

The prohibiting decree had a converse effect.

“The decree prohibited connection of equipment to the grid of Chernomorenergo but it didn’t prohibit delivering it to the territory of Abkhazia. As a result, the energy company was left face to face with the problem of uncontrolled increase of illegally connected power”, said operation and technology management director of Chernomorenergo Ruslan Kvarchia.

However, some think Chernomorenergo is the first to benefit from these activities, as without their knowledge and financial benefit, no miner would be able to connect their equipment to the grid.

This was hinted upon by the Vice Prime Minister and Minister of Economy Kristina Ozgan — she says that it was the power engineers who were “more than anybody else” aware of the illegal activities.

According to the official data of the state customs committee of Abkhazia, during two years of the mining prohibition, over RUB 70 million worth of equipment [approximately USD 880,000] was brought into the country, while according to unofficial data this amount is twice as big.

In the beginning of July, deputy chairman of Sberbank of Abkhazia Giorgi Abukhba explained the deficiency of cash resources in ATMs by the miner activities:

“Cryptocurrency mining is very active in Abkhazia at the moment. Correspondingly, miners exchange bitcoins earned this way into other currencies, for example, rouble, transfer them to Russian cards and cash them out in Abkhaz ATMs”, said Abukhba.

The situation became obvious because of the borders closing down from March to August, when miners couldn’t go to Russia to cash the money in Russian banks.

Experts approximately estimate mining turnaround in Abkhazia at over RUB 100 million [around USD 1.25 million] per month.

Legalise but with conditions

Having failed to stop the illegal activity, the government of Abkhazia decided to regulate and lead it. On September 21 the Cabinet of Ministers enacted the following:

Besides, the decree says that the electricity rate for miners will amount to RUB 1.5 [approximately 1.9 cents] per kW, which is much higher than the usual electricity price in Abkhazia.