The Russian peacekeepers in Abkhazia and South Ossetia were mandated under the flag of the Commonwealth of Independent States (CIS), an organizational body of former Soviet republics, and as a direct result of agreements reached between Georgia, South Ossetia, and Abkhazia.

Abkhazia, South Ossetia, and Russia have been accusing Georgia of carrying out acts of sabotage and terrorism against Abkhazians, Ossetians, and Russians for some time now.

The U.S. has also been accused of playing a major role in the tensions between Georgia, Abkhazia, South Ossetia, and Russia.

As a side note, the Rose Revolution, which brought the former New York City lawyer Mikheil N. Saakashvili into power in Georgia, was also engineered by the U.S. State Department and various NGOs acting as so-called conduits of democracy. Mikheil Saakashvili has in reality been a major blow to democracy in Georgia and civil liberties. He is unpopular, accused of corruption, and he has been curbing democractic rights in Georgia and arresting his political opponents. All with the support of the U.S. government and other NATO members.

Regardless of the claims by both sides there is clear photographic evidence that the U.S., like Israel, has been providing the Georgian military near the conflict zones with training.

The following is a series of photographs released by the the Russian military to the international media that expose U.S. involvement in Georgia. According to several Russian officials, including Sergey Markov of the Russian Duma, the Russian-Georgian War was in reality an American attack against the Russian Federation via their proxy puppet president Mikheil Saakashvili.

“The pictures clearly show men wearing uniforms with insignia of other countries standing next to Georgian peacekeepers. They are training the Georgians sabotage techniques, particularly how to make crude devices for subversion purposes and killing people,” Russia’s Chief Military Prosecutor Sergei Nikolayevich Fridinsky said at the press conference where the pictures were unveiled.

Returning full circle to the attack on Russian peacekeepers in Abkhazia, these are exactly the same type of devices being used. 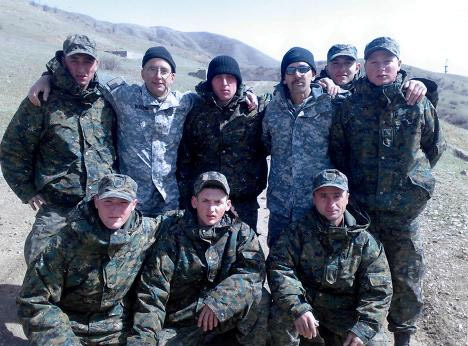 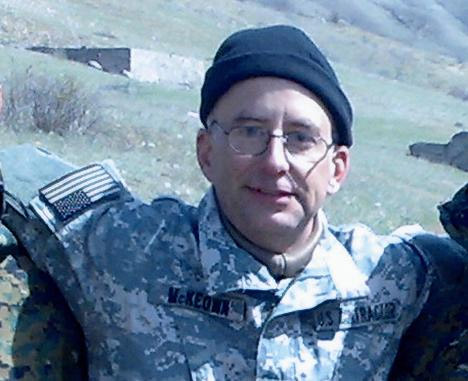 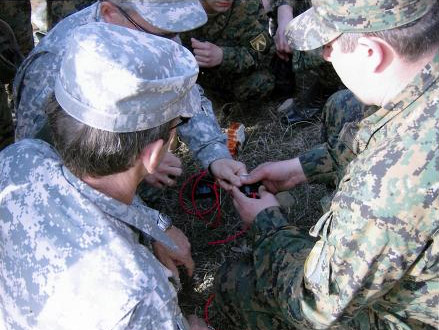 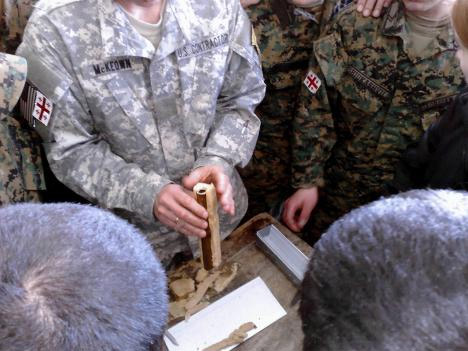 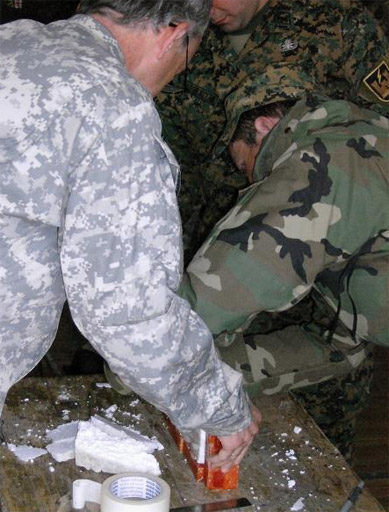 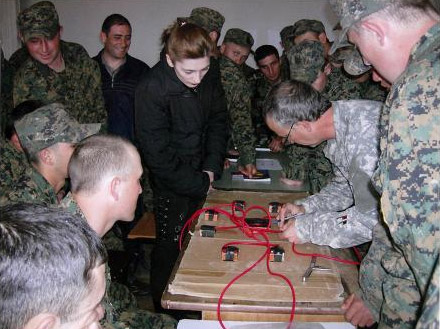 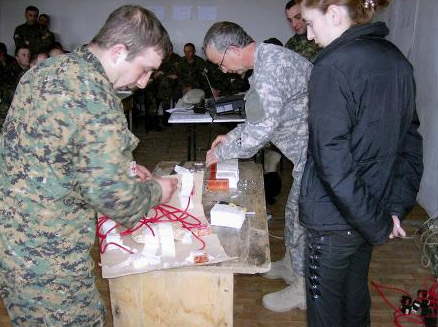