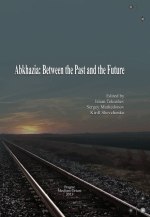 Georgia responded to Russia's recognition of Abkhazia as an independent state following the August 2008 war by severing diplomatic relations with Moscow, which have not yet been re-established. Abkhazia has become in greater extent dependent on Russia, both financially and as the sole guarantor of its security. There is, however, no broad consensus within Abkhaz society, and assessments of the past, present and future vary widely.

The full book in PDF can be downloaded by clicking here (1.13 MB)