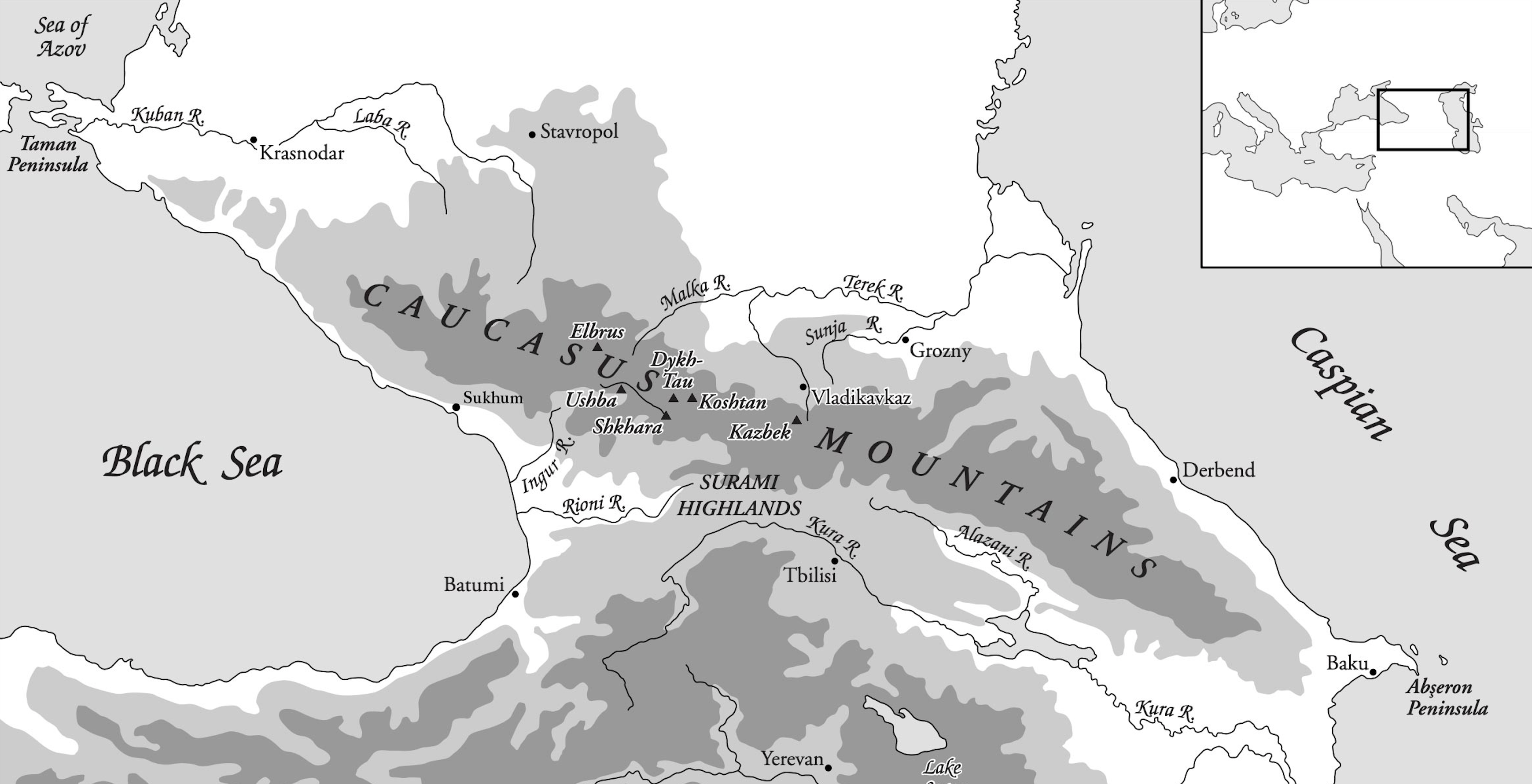 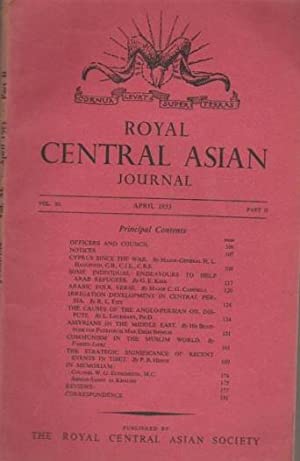 CAUCASIA lies between two continents—Europe and Asia. It is separated from the former by the Black Sea and from the latter by the Caspian Sea. Extending between the Black and Azov Seas and the Caspian Sea, Caucasia is tetragonal in outline; it stretches from a north-westerly to a south-easterly direction, and its angles rest on the mouths of the rivers Eya and Kuma in the north, and on those of the Astara and Chorokh in the south. Caucasia is thus situated approximately between 38° and 46° north latitude, and between 37° and 50° east longitude. It lies therefore in the same latitude as the South of France, Italy, Yugoslavia, Albania and Bulgaria in Europe, and Khiva and Northern Japan in Asia.

Caucasia has an area of about 468,000 sq. klms. It is almost twice as large as the United Kingdom of Great Britain and Northern Ireland.

The term "Caucasia" is derived from Caucasus, the name applied since very early days to the main part of the Caucasian isthmus--i.e., to the system of mountain ranges which stretches in a south-easterly direction between the Black and Caspian Seas. This system, however, is not isolated from the rest of the isthmus; in the north its spurs penetrate deeply into the region of the plains of North Caucasia, and in the south they fill up the broad latitudinal depression of Transcaucasia. Thus the Great Caucasus range forms not only the spine, as it were, of the Caucasian isthmus but also its ribs. To avoid confusion, I propose to use the form Caucasia to designate the country as a whole, and the form Caucasus to designate the great mountain range itself. The name Caucasus has been in use since the sixth century B.C. It was first mentioned by Æschylus in his Prometheus Vinctus. Subsequently we find it employed by the Romans, and later it passed into other languages. Curiously enough, neither the Caucasian peoples of those days, nor the peoples adjacent to them, were acquainted with the term. Actually its origin and meaning have not as yet been definitely established.

The full article in PDF can be downloaded by clicking here (1.2 MB)