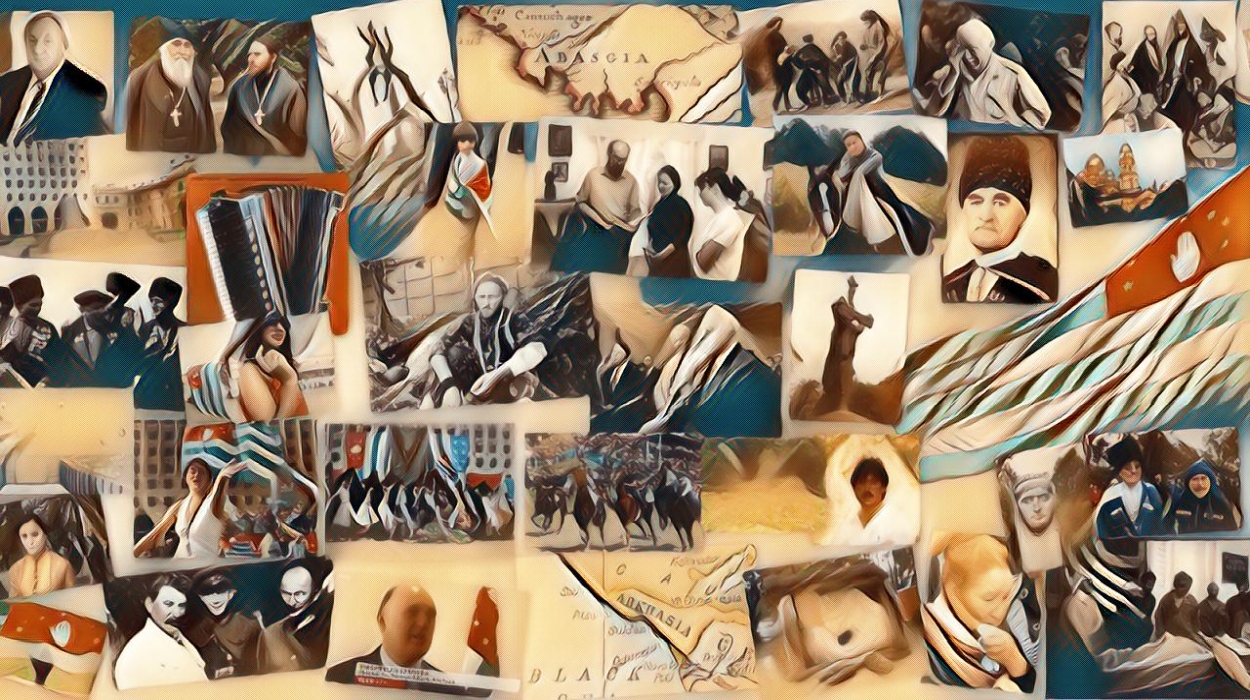 Patrick Armstrong
Political analyst. He was an analyst in the Canadian Department of National Defence specialising in the USSR/Russia from 1984 and a Counsellor in the Canadian Embassy in Moscow in 1993-1996. Canada.

The Georgia-Abkhazia war gave us a first glimpse of the model the Western media use to cover events in the former USSR territories. It was not fully developed in 1992 – circumstances were very new – and therefore the model did not operate as smoothly as we see today with the Ukraine situation; but the general lineaments may be discerned.

First, complete ignorance of the background. The Abkhazians and Georgians are ancient peoples who have interacted for at least 1,700 years and, because they may be the descendents of the first humans to inhabit the territory, probably for much longer. Ancient resentments and claims, frozen for years, re-appeared when the USSR collapsed just as buried issues fuelled conflicts elsewhere. But Western reporters – and governments – were ignorant of these backgrounds. In Abkhazia specifically, even the most superficial knowledge of the interactions of Lakoba, Beria and Stalin would have shown outsiders how complicated the situation really was. But, when they know nothing about background-conditions, observers cannot even see things that are right in front of their noses.  A simple story is easier to tell and sells better, and so there was neither consideration of the Abkhazian point of view nor attempt to find it.

Second, rather than taking the trouble to see the issue whole, the Western commentators took sides. The picking of the "good side" was, at this time, complicated by a genuine policy-confusion – did the West support the unity of these post-Soviet entities or did it support further breaking up? Why could Georgia, with its Stalin-designed boundaries, leave the USSR but Abkhazia, put in the Georgian SSR by Stalin and Beria, not leave Georgia? Why was one of Stalin's cartographical choices sacrosanct and the other not? But even to ask the question required a minimal acquaintance with the background, and that was lacking or ignored in media- and government-circles. It's easier to pick a "good guy" and tell a simple story of admirable ideals opposed by bad people. Eduard Shevardnadze was popular in the West from his time as USSR Foreign Minister (probably why the warlords actually running Georgia had brought him in in the first place) and he could easily be painted as the "good guy". Therefore the Western media called the Abkhazians "rebels" or "separatists" or applied other epithets less pleasing than "freedom-fighters". The tendency to pick one side and essentially act as its propaganda-organ – "Between 800 and 1,000 people, mostly Georgian civilians, were killed by Abkhazian separatists... Georgian officials were quoted" – has grown much stronger and, by the August War of 2008, was very strongly entrenched and is even more so today.

The third principle of Western coverage is to blame Russia as much as possible. Visible in the coverage of the 1992 fighting was a sense of wonder that the small number of Abkhazians could defeat the larger number of Georgians. This argument – "100,000 Abkhazians against four million Georgians" – was a foundation for The Economist's assertion that the Abkhazians must have been backed by Russia. But determined fighters have often seen off larger forces – Vietnam and Afghanistan then and now – and the Georgian forces were divided and disorganised, and their leaders soon turned against each other. The Abkhazian fighters benefited from another post-Soviet daydream: the re-establishment of the Caucasian Mountaineer Federation. It became universally assumed that Moscow must be permitting the fighters to cross the mountains into Abkhazia as if Moscow, in its equally disorganised and chaotic situation after the collapse of the USSR, could have done anything much to stop them. Gradually the story hardened – Moscow was helping the Abkhazians against Georgia, and by 2001 the Abkhazians had been written out, and the story was simply: Russia vs Georgia. After 2008, Abkhazia (and South Ossetia) had become only passive entities "annexed" by an expansionist Moscow.

Thirty years later, the three principles – stay ignorant, pick a side, blame Russia – glimpsed in their infancy in the Western coverage of Abkhazia three decades ago, have grown into a mighty dogma indeed. Questioning the official story is grandly dismissed as "disinformation" or worse: "If you doubt [our] credibility... and want to find solace in the information the Russians are putting out, that is for you to do".